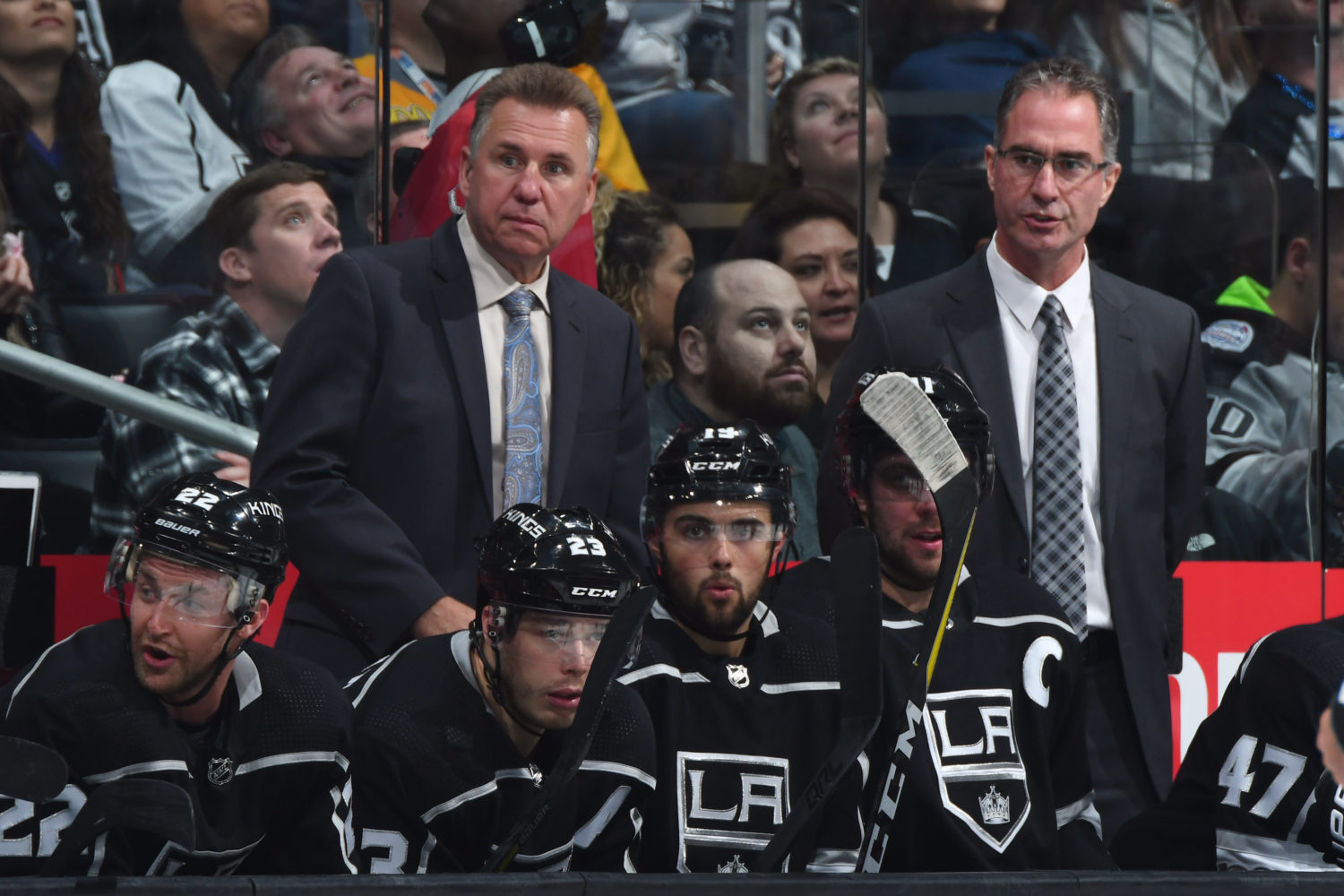 On what was missing tonight:
I didn’t like the start of the hockey game. I thought we got going a little bit. The first period, I thought we had a team playing on a back-to-back, and I just didn’t think we were winning enough battles along the wall in either zone. The pucks that got in our zone were getting above the goal line, and pucks that were getting into their goal line were not. To me, that was the difference in the hcokey game. And then, you get afaceoff play that ends up in your net and a penalty that we had killed that we don’t clear the puck, Those are the pucks that end up in your net. It’s tough to win in the league, and we’re going to have to dig down. You can’t have part of your lineup going. You need your whole lineup going if you’re going to win. It doesn’t matter who you’re playing.

On what it will take to generate a 60-minute effort, and whether the challenges are “mental”:
I mean, your preparation has a lot of different aspects of it. Certainly physically, being prepared, you’re going through the recovery process. But it really comes down to mental preparation of the individual. For whatever reason, we haven’t done a great job at home here in this stretch. It’s something that we’ve got to get a handle on in a hurry.

On Jussi Jokinen’s debut:
It’s tough for him coming in – new team, new city. He had a lot of information the first day, but he looked comfortable out there. He’s a veteran guy that’s got good smarts. I certainly saw lots of things about his game that you like and can help us.

On whether it’s important to stress “little things” and fundamentals in a slump:
I think littler things are always important. Little things – you can go through the hockey game. The bottom line is we’ve got to have the details, second and third effort in everything we do. And they’re a very good faceoff team, we knew that. Bergeron and Krejci, they’re two of the better guys in the league. But the details are always going to be important. It’s got to be details all the time, every shift. I mean, you lose, 2-1 tonight. If you look at the course of a 60-minute hockey game, there are lots of ways to come up with a little bit here, a little bit there, giving them a little less here, a little less there. Line changes, getting a puck in, getting a puck out, coming up with a loose puck, getting a stick on a puck. Your inches add up to be feet at the end of the night and can make a big difference.

On whether he saw progress in any areas tonight:
I thought there was some progress in some areas of our game, for sure. It’s just got to be across the board. There can’t be ebbs and flows to our game. It’s got to be four lines, six D. That’s the way we’re going to win. You’re not going to win if you don’t get detail and second and third effort every shift, and for 60-plus minutes.