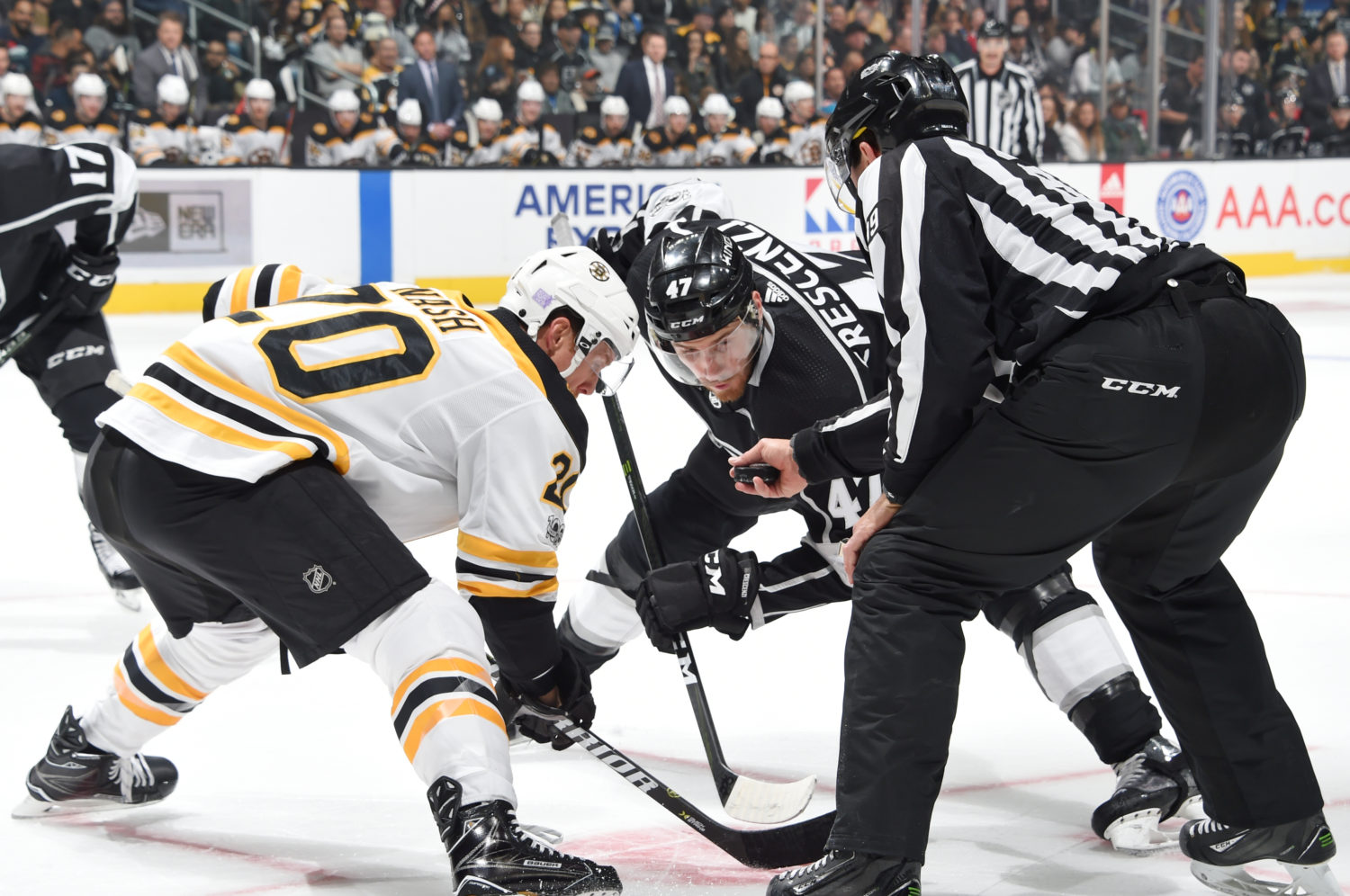 Bruce Cassidy, on the benefit of having both Patrice Bergeron and David Krejci in the lineup:
Well, it creates matchups for the other team as well. You’ve got two experienced guys that have played in this league and won a Stanley cup and won all kinds of accolades so you have your one-two punch. You ask any team in the league, any coach, nice to have that luxury and it’d be nice to have your third and fourth as well some nights. But right now we’ve got our one and two and I thought that the guys down the lineup like Sean Kuraly really played well. And Riley Nash. We talked about getting contributions from the bottom of the lineup. They have to play against good players all night and we don’t want to run from the matchups and exhaust guys. And I thought today that helped us have some zip. And hey, back-to-backs down the stretch.

Cassidy, on whether the Kings were intent on taking the body early:
Yeah, and that’s LA. We responded well. We’re okay in that type of game. And we’re seeing it out of our younger guys too. Like on the walls, (Danton) Heinen recovered from a big hit, (Peter) DeBrusk was handling it—Peter’s a big guy. So Past (David Pastrnak) has had to go through it for a number of years. So you have to be able to play in those games and I thought we were comfortable in that game. And sometimes it brings the best out of you.

Charlie McAvoy, on grinding it out while players recover from injuries:
Yeah, but you look at every team in the NHL and every team goes up and down as far as injuries go. So there’s never any reason to play the “poor me” attitude. It won’t get you anywhere. So every night we get into battle. No matter who is in the lineup, we feel like we should get two points. So we feel like we’ve been coming short lately, but like I said we went into this game tonight and really wanted this win. We really wanted to put together a 60 minute effort that we could be proud of. And we did that tonight and were able to get two points.

McAvoy, on his goal:
It was kind of like an option play there. I think it was Pasta (Pastrnak) throwing it in there, so I can give it to him and kind of a last second read and I kind of saw some space and kind of just opened up and continued to stay open. So I just tried to take it to the net and make a play.

Anton Khudobin, on the team playing a full 60 minutes:
It’s always great when you’re winning and the way we played it feels good as a core. As everybody. I think it’s great the way we battled and played in the third period knowing that we’re winning this game right now two-to-one and we didn’t sit back. We didn’t play to lose, we played to win.

Khudobin, on rebound control:
You guys are always asking me right after the game. And I don’t know, I will watch the video, maybe tomorrow maybe on the plane right now. And I will see. I think they were okay? I can’t tell you exactly if they were good or bad (Reporter: Well, there weren’t many) Yeah. So I hope maybe I’ll tell you tomorrow more about the rebounds.

Khudobin, on the team’s defensive play:
Well that’s the thing, we keep working. We have nine defensemen. A couple of them are still working on that. We still explain what to do and how to do it. So tonight was really good. I think everybody was on the same page. Everybody did a their job and we got the result. So I think if we continue to do that we will have success.