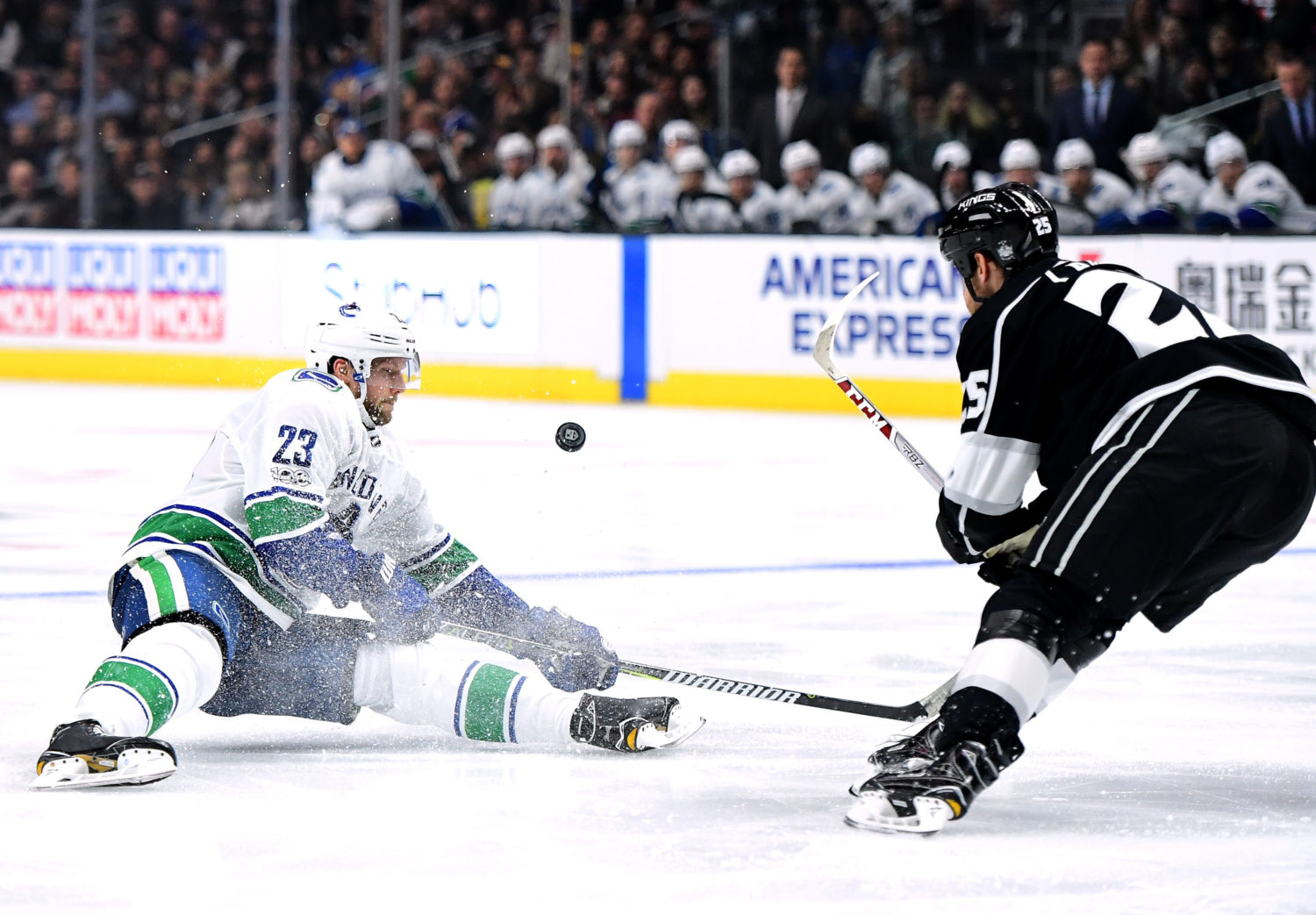 On what went wrong after a strong start:
Well, you’re right. I thought we got off to a really good start. Drew some penalties getting pucks deep. It was probably midway, maybe two-thirds of the way through the first period where we started turning some pucks over, which I thought were simple option plays, and for about 30 minutes there, one team wanted to forecheck there and one team didn’t.

On how concerned he is with three straight regulation losses at home:
Any time you lose hockey games, you’re concerned. You’re losing games in the division. We’ve got lots of work to do. It’s a reality check, that’s all. Hard lessons for your team to learn because you lose hockey games with it. Concern? We’ve got work to do. We had work to do when we were winning hockey games, and we’ve got to work to do when we’re losing hockey games. Those lessons tonight, it’s two games in a row, quite honestly, where San Jose really got their forecheck established and took the game over, and I thought Vancouver did that again tonight, especially in the second period.

On whether he’d prefer to have several practice days to work issues out in the team’s game:
Yeah, I’m not sure of that. I think it’s more of a mental thing than anything else right now. I think it’s just the acknowledgement and a decision to play the game a certain way. You’re not forechecking probably the same way they did in the third, so I don’t want to fool ourselves, because we got a lot more going and a little more desperation in our game, but we had the start we wanted. We need to have a lot better second period than we did tonight, but there has to be a conscious decision to change a few things, for sure.

On whether traffic in front of their own net was a problem:
Well, we just spent too much time in our end. I don’t know about the third period, but I thought we actually did a pretty good job on that penalty, and then we kind of over pursued on that entry and they found a guy coming late. We had some of those similar looks. You had some of those looks in the first period. Power play goal went up in the air. I’d like to see us win a battle in the blue paint there, but they go hard to the net. They used the back of the net really well. I thought we created some good looks ourselves, especially early and late, but that’s how you score goals, when you go to the net.