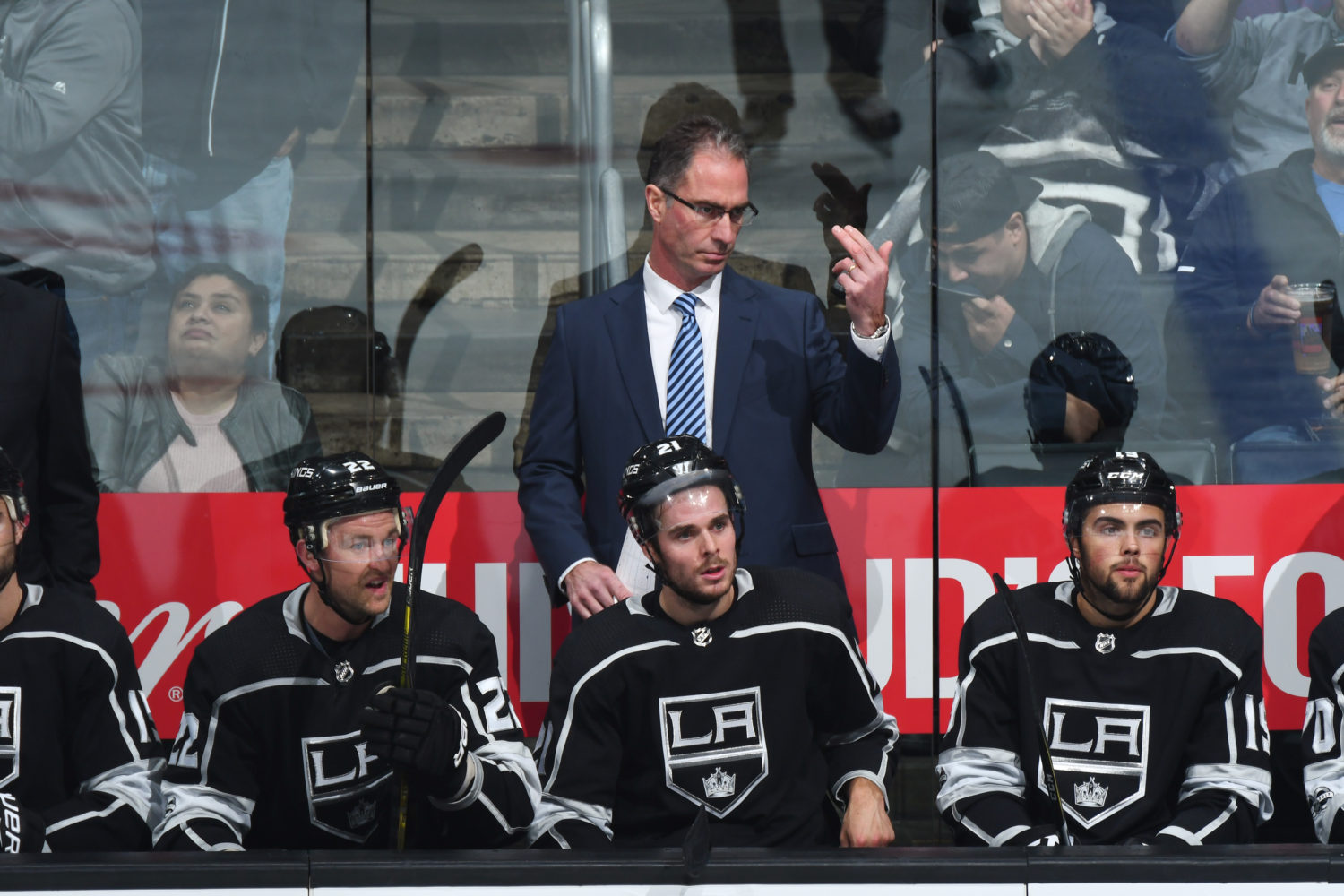 On where the breakdowns took place:
I thought we had a really good first period. I thought we really had a good sense of urgency in our game to get pucks moving quickly, to get pucks in deep behind them. Established the forecheck, but the second period we really got off-track, in my opinion. We had pucks that were turned over in neutral zone. Had a chance to get in deep that really allowed their transition game to get going, and you could clearly see they just wanted to establish their forecheck. It’s the M.O. of their team. We talked about the need to play 60 minutes tonight. I thought we played 20 really well and then 40 the way they wanted to play.

On whether puck management has come back to hurt the team over the last two games:
Well, we’re talking about tonight, right? That’s a problem tonight, right? It was not very good. I think there’s going to be recognition when there’s a chance to make plays and we’re initiating an attack, and there’s going to be recognition when they’ve got good gaps and people back, which they do, and be willing to get pucks in behind ‘em and really spend time in the zone. I thought the Shore line was really good at that. They had long stretches in the offensive zone, but I think as a group, up and down our lineup, it can be a lot better.

On what San Jose did well in their own zone:
They play good defense. I mean, they get people back, they’re very committed, they’ve got numbers around the puck. I think they’ve had success because they’re a committed group to keeping the puck out of their net. They’ve got numbers back, their top guys are committed to checking, just like their bottom guys are. Very similar to us, so it’s not surprising they’re good at it. They’ve got good goaltending, they’ve got good defense and they’ve got a committed group of forwards, so that’s why they’re good at it.

On whether the loss is more aggravating because the game-winner came on a “fluke ricochet”:
Well, there’s lots of issues before that ricochet happened. I mean, we had a puck coming out of our zone, which was a bad line change they almost scored on, and then we had the puck on the wall several times and we had a chance to hang onto it and make a play, and it ended up going back towards our net. It may look like an unlucky play, but there was an awful lot of things that could’ve gone better prior to that puck going into the net.