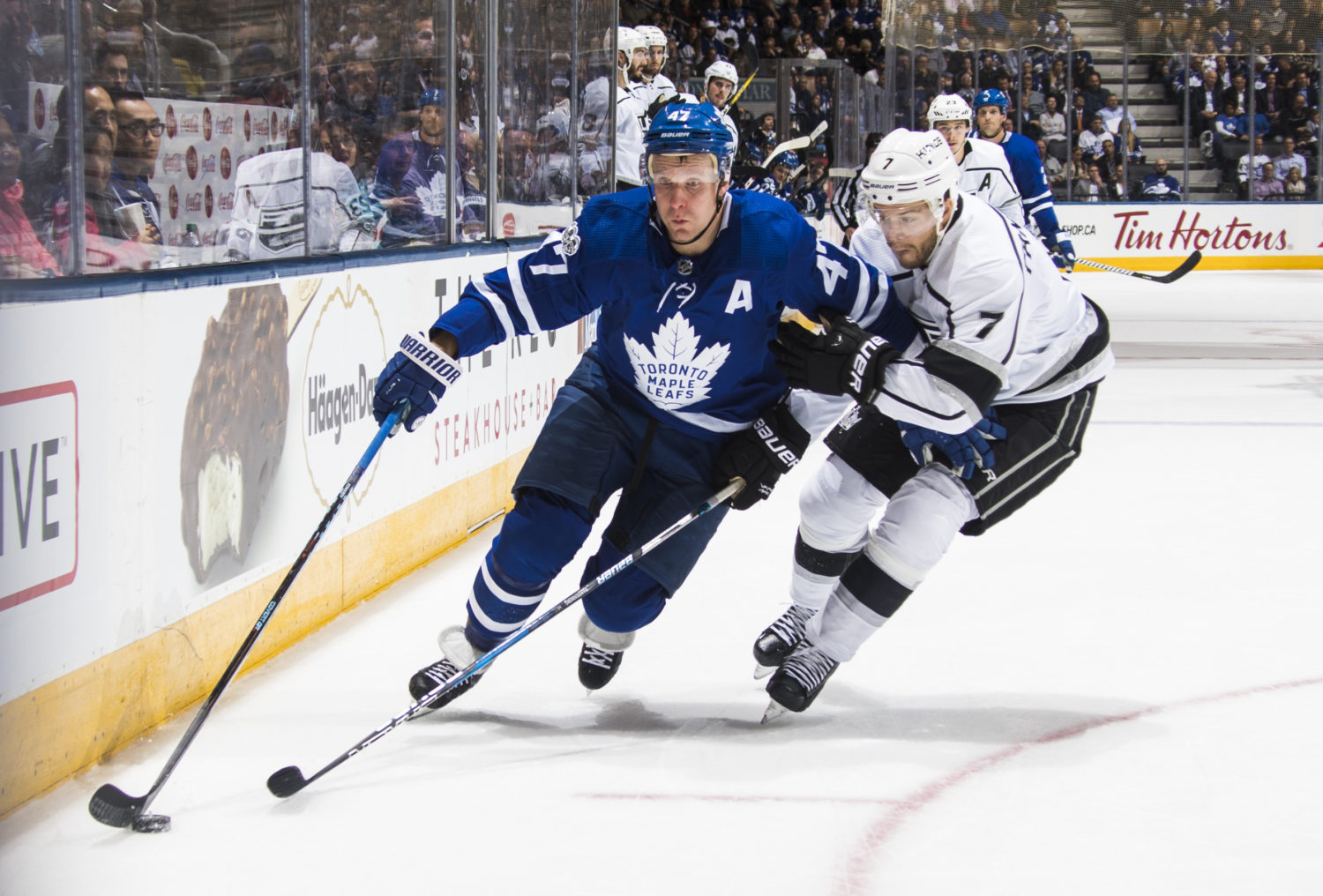 On whether tonight’s game is more likely to feature a return to tight checking physical hockey:
I think it’s more indicative in our division. They’re a different type of team, San Jose. They really kind of sweep the puck out of the zone with really aggressive slant, and they really want to forecheck. They’re able to make plays on the rush when plays are there, but they’re really a team that wants to get a puck in behind you and forecheck. Tampa Bay was much more of a rush attack-counterattack team, whereas San Jose is much more of a powerful forecheck team. It’s more indicative of our division.

On Brent Burns’ zero goals, and whether he sees anything different in his game:
I just think teams are a lot more aware of him now. When Boyle moved on and he took a lot of that responsibility. I mean, he was always a second unit power play guy. He spent years as a forward, went back on defense. I just think you couldn’t help but ignore the fact that he was a huge part of their offense, and I think teams have really tried to key in on him a little bit. He led the league in shots on goal last year. I think it was the last time since Ray Bourque to lead the league as a defensemen in shots on goal. Clearly, he’s not sneaking up on anybody anymore, but I still see a dangerous player that’s very involved in the rush and the offense. Great at getting pucks off the wall and to the net, so he’s still a big concern. His numbers, I wouldn’t put too much into it as a small sample size there. I think he’s a very dangerous player still.

On ways to reduce chances against:
Well, we just looked at our game yesterday, and there are some structural, key, fundamental parts of our game that need to be in place. It’s not rocket science – you can’t give up time and space in the middle of the ice. Your gaps with your defense have to be better, your backside pressure from your forwards has to be better, and your ability to clog the middle of the ice has to be better. I think that’s something that we did not do very well against Tampa.

On Oscar Fantenberg’s skill set:
The foundation of his game, I think with a new player, in order to get yourself on the ice, there has to be trust. In order to get trust, coaches have to feel that you can get the job done defensively. We think he’s got a good skill set. We think he moves the puck well, we think he shoots the puck extremely well, but his ability to get on the ice and play minutes is going to come from trust from the coaches and his ability to defend the other team, stop plays and defend the rush and be good down low in his own zone, but I clearly see a skill set that can contribute offensively, whether it’s on the power play or just getting pucks to the net, being a part of the rush. He shoots the puck very well. He doesn’t need to slap it, he can snap it, and I think for today, a defenseman, his ability to wrist the puck to the net as opposed to needing time to wind up and shoot the puck is a huge asset, and I think he has that.