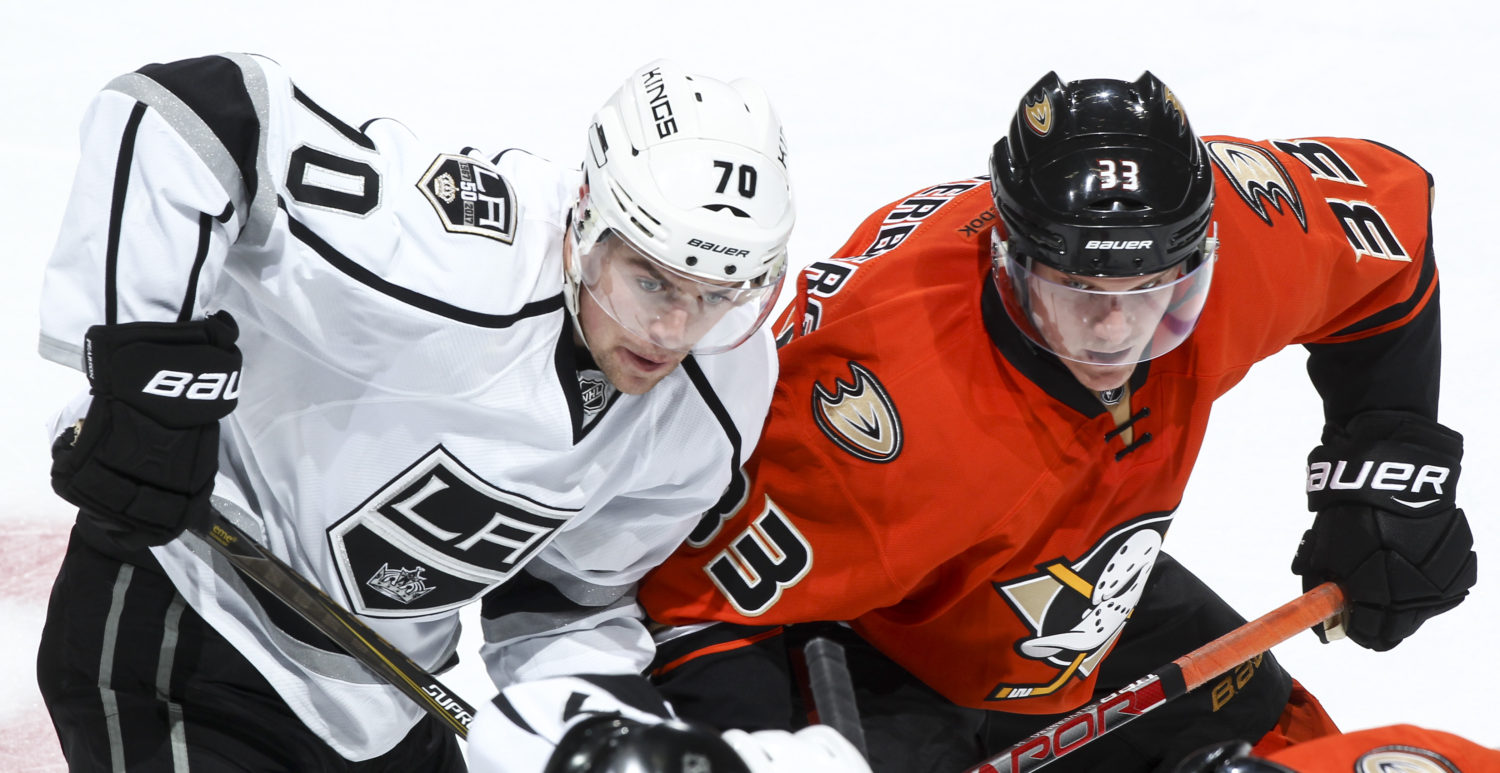 The Los Angeles Kings are having fun again. This is something that has been written before. On Monday, Drew Doughty said it, and Alec Martinez backed him up.

“Yeah. I second that. Third, fourth, whatever you want to call it,” Martinez said. “It’s no secret. We’ve all talked about it. Hockey is fun again.”

Any discussion about How The Kings Are Having Fun obviously weighs it against the context of the last several seasons, which weren’t particularly fruitful. Daryl Sutter could crack the whip; he also won two Stanley Cups as the greatest coach in franchise history. But, without the playoff wins to reinforce his exacting approach, the process grew sore, and the loss of team leader Jonathan Quick 20 minutes into the first game of the 2016-17 exacerbated the team’s challenges.

This “fun” is obviously built by the team’s success. Fourteen games into the 2017-18 season, and with the first Freeway Faceoff on the horizon, the Kings have sprinted out of the gate to a 10-2-2 record, good for first place in the division. The banged-up Anaheim Ducks, who will certainly factor into the final Pacific Division playoff seedings, are 6-6-2 and sit in sixth.

These weren’t the expected results one month into the season. Anaheim had won five straight Pacific Divisions, while Los Angeles had fired its coach after missing the playoffs. Still, any outside prognostications hadn’t really resounded within the dressing room.

“I didn’t know that they would be rated ahead of us,” Drew Doughty said before revisiting his claim. “I guess I do see why – it’s because they were better than us the last few years, but we saw that no one was counting us to do what we’ve been doing so far, and there’s still so much to do, and things could go south in a hurry if we don’t continue to grow and get better every game. But we saw what those people were saying and we knew we had a better team than everyone thought, and we’re pretty proud of how we showed it so far, but like I said, a lot of work left.”

Said Alec Martinez: “I don’t really pay attention to it. That’s for other people to read. I know what’s going on in this room and this organization. I know what we have here, and obviously we’ve had a good start and I think we’ve showed that, but with that said, there’s still what, … 60-something games left, so we can look back and look at this start, and say, ‘yeah, it’s good,’ but we’ve got a long ways to go, and we’ve got to build on it.”

From down south, there was no real update provided by Randy Carlyle on the availability of Ryan Getzlaf, who was hit in the face with a deflected puck on October 29 and has missed the three games since. More will be learned during the Ducks’ morning skate at Honda Center Tuesday. Should Getzlaf not be able to play, he would remain on injured reserve along with Ryan Kesler (hip surgery), Cam Fowler (knee) and Patrick Eaves (Guillain-Barré syndrome).

Drew Doughty, on whether there’s good emotion to Kings-Ducks games:
Yeah, it’s always fun. Good team. They’ve been probably better than us in the last three years or so. … I’m not sure what the head-to-head match has been, but they’re a division team, a division rival, they’re only just down the road there. Have a lot of support there from our fans in their building. I feel like we always show up to play there and play well.

Doughty, on wanting to keep the team’s momentum going:
Yeah, keep it going. We’re having so much fun. I haven’t had this much fun playing hockey since we won the Stanley Cup last, so that’s a long a time. I’m a guy that likes to have fun, and I find fun in all sorts of different ways, and if I’m not having fun, then probably no one’s having fun. This has been awesome so far, but once you start losing, then the whole mentality changes. We’re just having fun right now and playing good hockey. We’re backing each other up. We know that the guy beside us is always there for the other one. We’re standing up for each other in scrums, stuff like that. We just have a great team mentality here, and everyone’s playing for the guy beside him.

Alec Martinez, on the heavy divisional schedule upcoming:
It’s no secret. We’ve talked about it before. It’s division games that get you a playoff spot or not. I believe there’s 28 of ‘em, and we’ve got certainly a big one tomorrow. It’s the last one of the segments that we do It’s a divisional opponent, it’s a crosstown rival , so it’s obviously going to be a big game, but I think with the addition of Vegas and all that, I guess you play everyone in your division four times and we play Anaheim five. …

Martinez, on Doughty’s allusion to having a lot of fun at the rink:
I think that you see it on the ice. It’s not just from an individual standpoint. I know guys are having fun, but you can see it in our practices. You see it in our games. Just look at last game. I know that we came up short, but we battled back, we didn’t go away, we stuck with it, and I think that kind of reflective of the character and the determination and spirit of this team. It’s a big difference this year.

Martinez, on what can be cleaned up from the team’s game:
I think our power play can improve. I think we’re generating chances. Special teams are always huge. I think our PK has been pretty good this year. There are a couple things that we can shore up, but I think you can look at probably playing a full 60. It’s kind of funny. We score a lot of goals in the third period. I don’t know what our first is. I think it’s about even, but I’d say for the most part, we’ve had pretty good starts in terms of energy and playing our game, and perhaps maybe we just haven’t had the bounces that way. I think the big thing is focusing on our start and taking advantage of this homestand. I know we [travel] a couple times, but it’s not very far. I think just shoring up our team game and just keep on working on the new methodology and all that that the coaches are trying to get us to do this year.