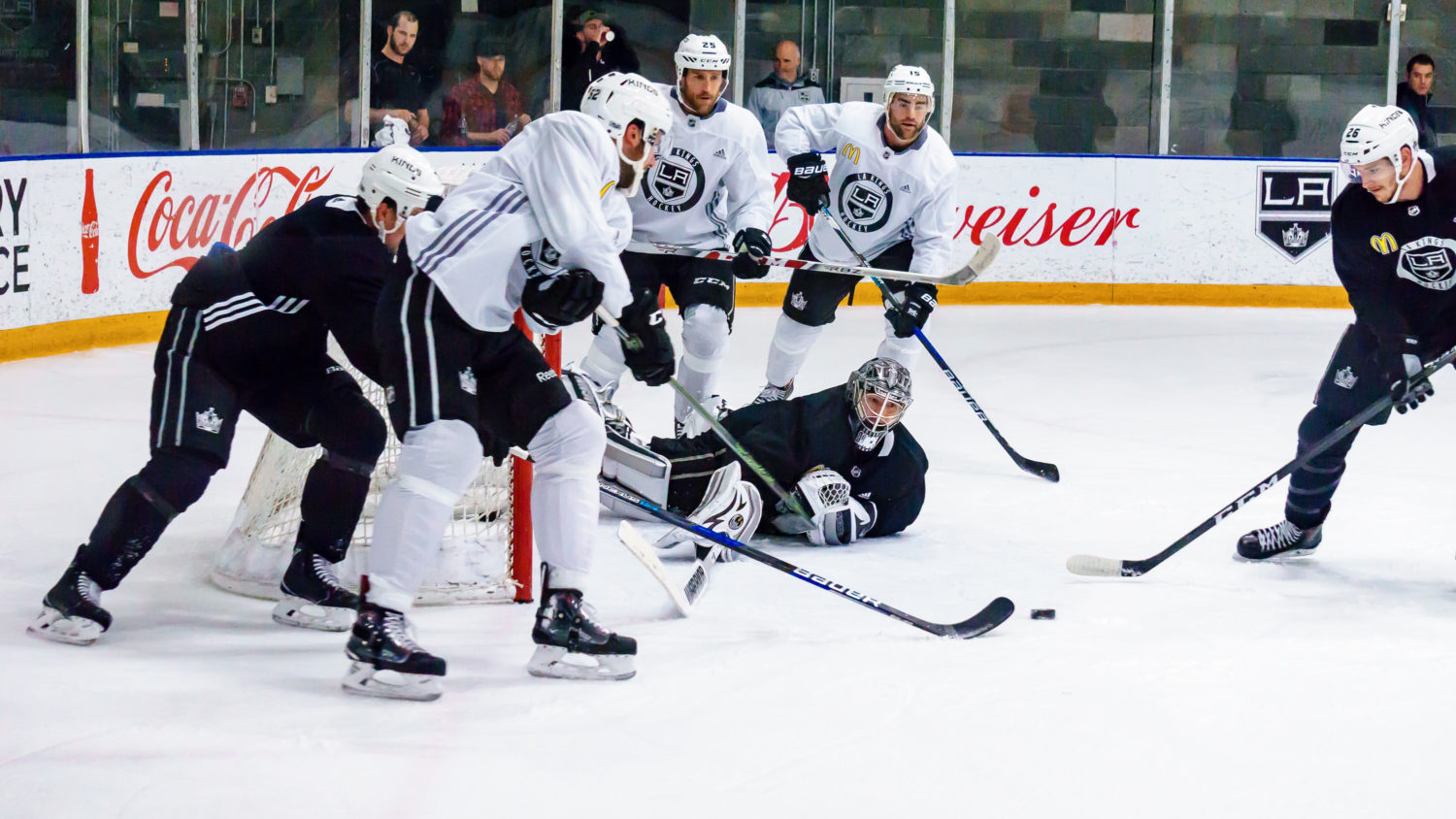 Good afternoon from El Segundo, Insiders. In case you missed the line combinations that were shared this morning, here they are:

-As noted, Nic Dowd wore a black jersey and skated as an extra with the defensive group. Defensive pairings didn’t appear to have changed from what was shown at the end of the road trip. We’ll get a better sense tomorrow morning of what the lineup should look like when Toronto visits Thursday, but Oscar Fantenberg said he was feeling much better after missing the Boston and St. Louis games due to the first back spasms he’d experienced in his career.

-Speaking of dings and bruises, John Stevens said Marian Gaborik is “coming along.” Gaborik continues to skate, progress and build up his strength. “We’re hopeful – I’m not sure exactly when – but in the next little while he’ll start being integrated back into practice,” Stevens said. On Kyle Clifford: “He’s coming along. Range of motion is much better. He’s getting his strength back. He’s been in here working out. I was in there talking to him yesterday. He was in here again today. He’s still a ways away, but he’s definitely getting better.” Austin Wagner skated on his own after the team left the ice.

Also, this was just about to happen while we were vacating the team areas:

Kings 1st-round pick Gabriel Vilardi (back injury) skated in full gear Wednesday for the first time. Will continue if he feels good.

-Some of you may have heard that Game 7 of the World Series takes place tonight at Dodger Stadium. A good contingent of Kings players were at Tuesday’s Game 6 win. Does watching the emotion and high-stakes nature of a championship series in Los Angeles allow recollections of 2012 and 2014 Stanley Cup runs to resurface? It does, according to Drew Doughty.

“I’m weird like that. I always kind of think about that stuff. Like, sometimes I’ll just be randomly hanging out, and then it comes upon my mind, what he had done in the past, and I literally get chills through my body, and then I start almost thinking of it happening again,” he said.

The Dodgers and Astros were both 100-win teams and two of the clear favorites in baseball this season. Are there any parallels between this World Series and the 2014 Western Conference Final between a pair of heavyweights in the Kings and Blackhawks?

“Well, that was an offensive series, right? That’s the parallel I would make. I think everyone was surprised with the amount of offense in that series, but it was an exciting series, just like this one’s been,” Stevens said.

“To see a local team, the Dodgers, and to see the community so fired up about it and to have a chance to experience exciting playoff baseball is what I’ve taken away from it. But it’s such a strong brand, the Dodgers. To see them in the Finals again, it’ll at least be exciting for our guys and for us. I think we’ve all become Dodger fans. We’re really pulling for them, so hopefully they can pull it out.”

-Meanwhile, you may have noticed Doughty’s no-look skate boot soccer touch to Adrian Kempe during the third period of Monday’s 4-2 loss in St. Louis, a decision based on poor ice and pressure coming from an area where extending his stick could have presented its own challenge. It was an impressive play, one representative of the dynamic flair inherent even in the defenseman’s shut down game. Doughty was a very good soccer goalie – he also had experience as an ice hockey goalie in in-house leagues – before making the decision to go hockey-exclusive.

“I was just as good at soccer as I was at hockey,” he said. “I had to make a decision when I was 15 to play one or the other, and I miss soccer every single day of my life. I still watch it, still wish I played it. I bought a soccer net in my backyard this summer. I didn’t play full-on soccer, but I was taking shots or putting on the goalie gloves and getting in net a few times this summer, so it was fun.”

-Toronto goalie Frederik Andersen, who has lost four of his last five starts, gets the nod against his old mates in Anaheim tonight, so the possibility that Los Angeles faces Curtis McElhinney tomorrow night at Staples Center is raised. In their careers, Andersen is 6-1-2 with a 2.47 goals-against average and a .925 save percentage against the Kings, while McElhinney is 2-2-2 with a 2.70 GAA and a .919 Sv%.

-In Los Angeles’ road trip finale at St. Louis, the Kings constructed a strong first start against the Blues and generated high-quality scoring chances off the forecheck on the first two shifts of the game.

That most games will begin with a draw contested by Anze Kopitar, a 56.2% faceoff man on the season, is helpful in trying to establish early-game possession and pressure.

“Obviously winning the faceoff has to start it,” Doughty said. “It’s not always going to happen perfectly, but yeah, we got pucks in and got on the forecheck and got a quick shot, and that sets a tone for the whole team.”

It doesn’t always result in a strong start to the game. In Boston, the Kings fell behind 1-0 early after the Bruins found a dent in the armor with several early high-pace cycles and switches, and it wasn’t until Tyler Toffoli intercepted a Torey Krug outlet and buried the puck on the team’s first shot that L.A. was able to establish a rhythm of its own.

But that seemed to be the exception to the rule as Kopitar’s line was able to get pucks deep and generate quick pressure.

“Yeah, I think they’ve done a really good job for us. It kind of gives us a sense of what the match-up of the other team’s going to be against his line,” Stevens said. “We think they set our team game in motion when they play, so we’ve had some really good starts on the road. Even in St. Louis we got off to a really good start. Starts of games are so important.”

In Ottawa, the Kopitar left the ice after an early whistle, allowing Adrian Kempe to win a faceoff back to Alec Martinez, whose sinking fastball from inside the point got past Mike Condon. It has only been five games since Kempe was moved alongside Tanner Pearson and Tyler Toffoli, but the line has provided quick dividends.

“I think the Kempe line was really good the other night,” Stevens said. “They showed a lot of energy and probably created the most for our team. We’ve always said the guys that start the hockey game have a responsibility to set the team game in motion, so they’ve been a good example of that.”

Kopitar said one aspect the team can improve on is puck management. He’d like the team to cut down on “freebies” – goals and chances created off unforced turnovers – and also transfer its power play looks into an actual raised percentage with the man advantage.

But even when there are areas in which detail can be refined, the team has still found ways to win hockey games.

“Maybe [the start in Boston] wasn’t the greatest, but even though it wasn’t good, sometimes you even show bigger character in coming back and playing the game after that,” Kopitar said. “You certainly didn’t cave in, and we ended up getting rewarded in the end, so that says a lot about the team.” 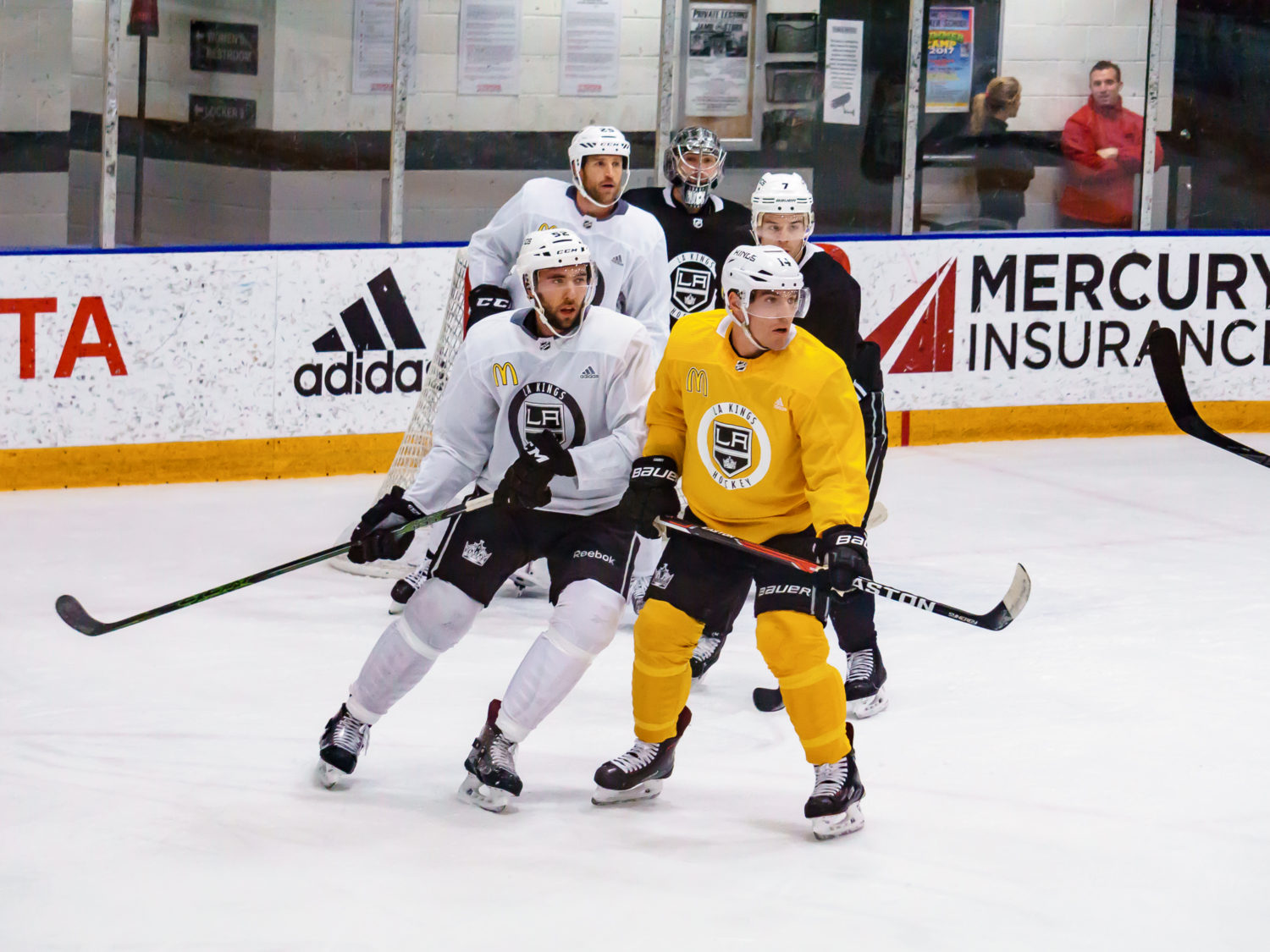 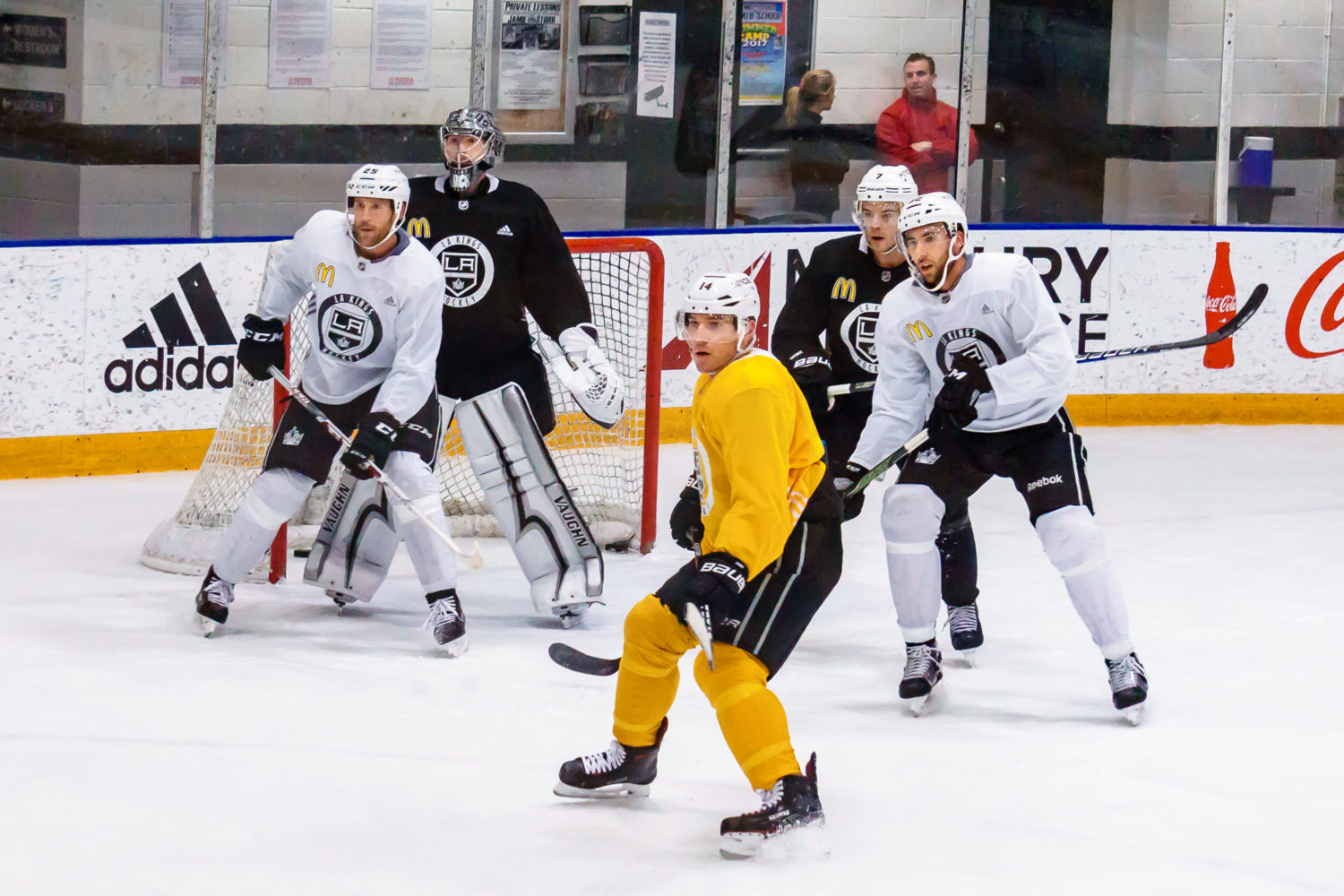 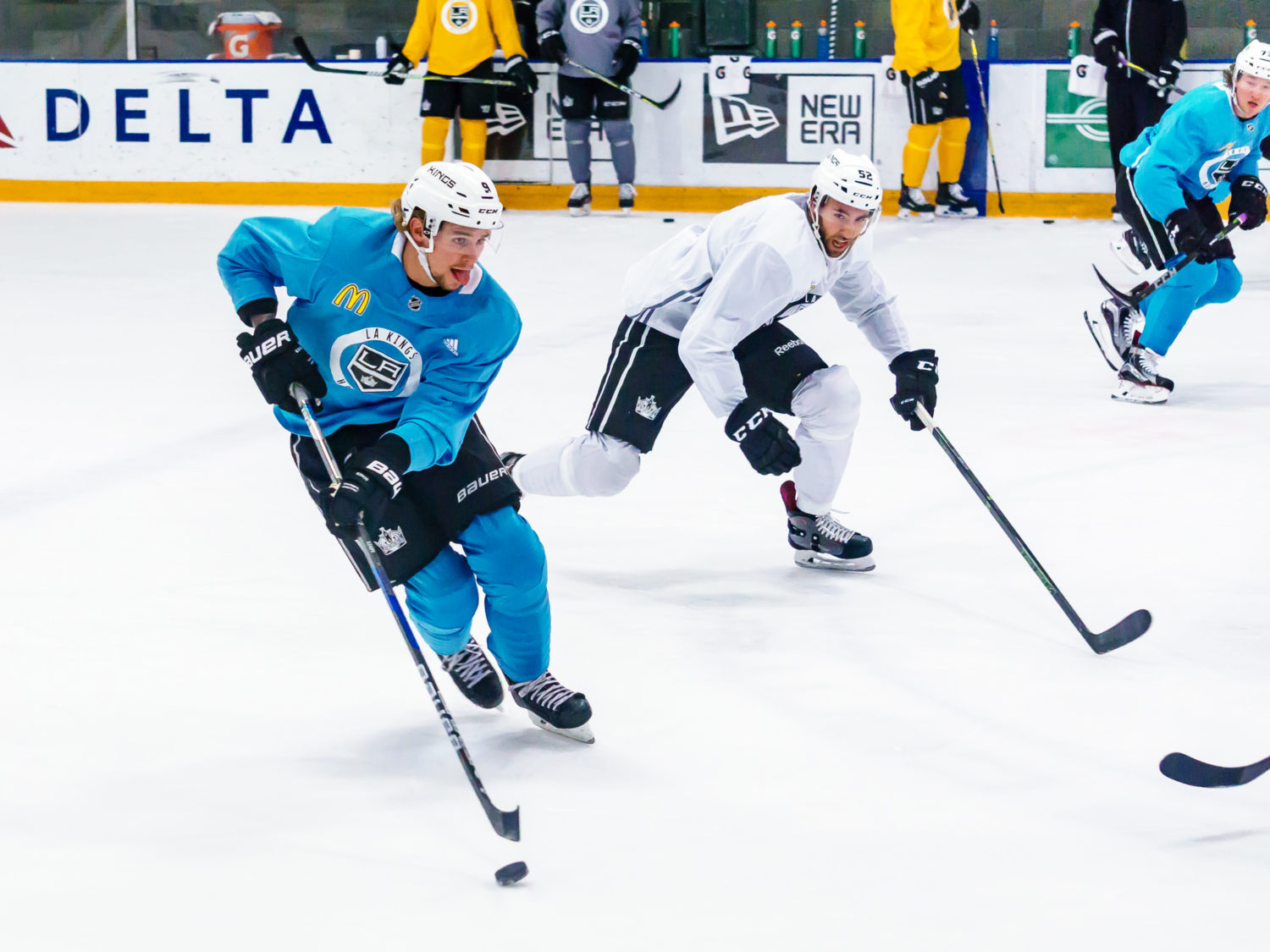 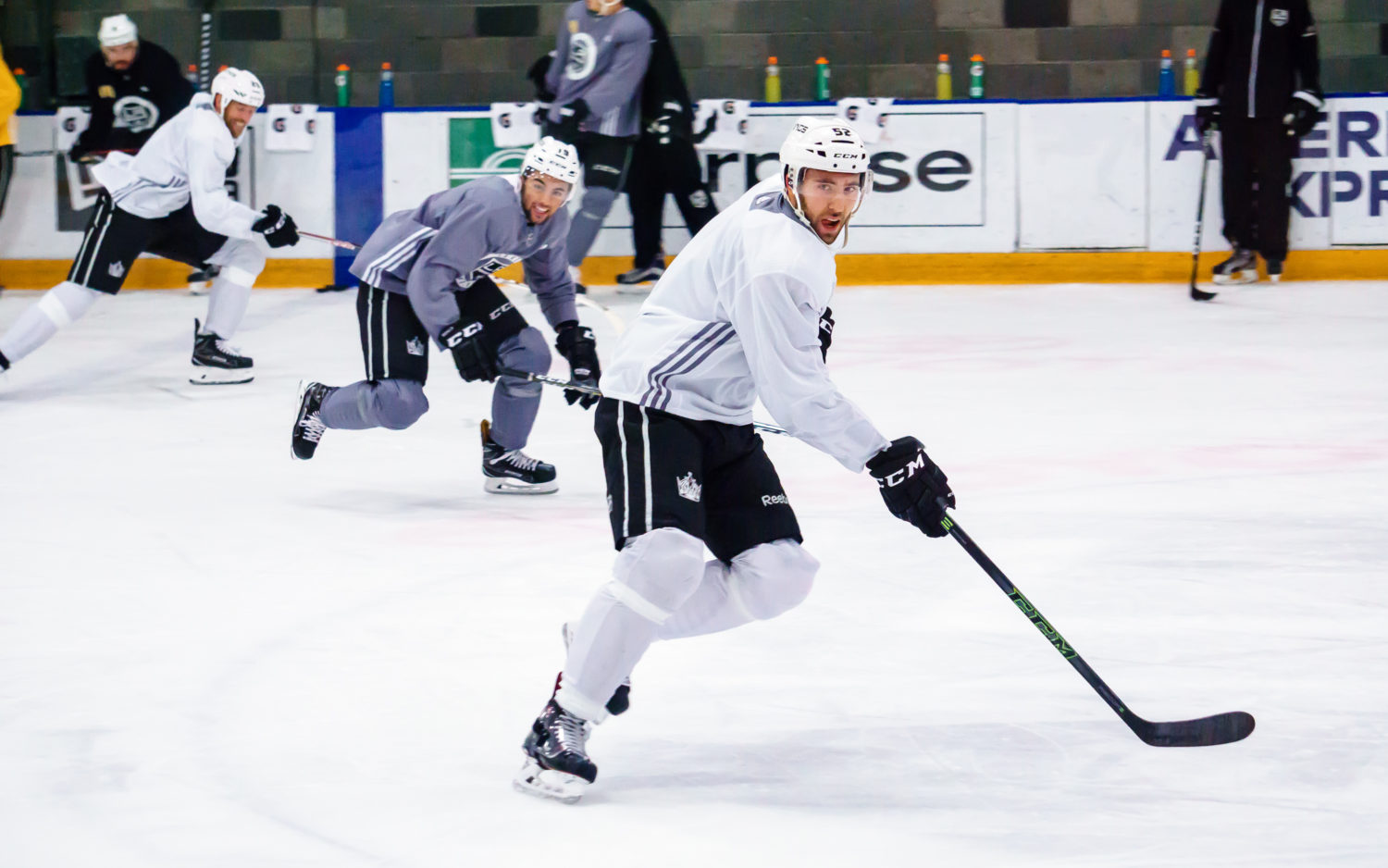