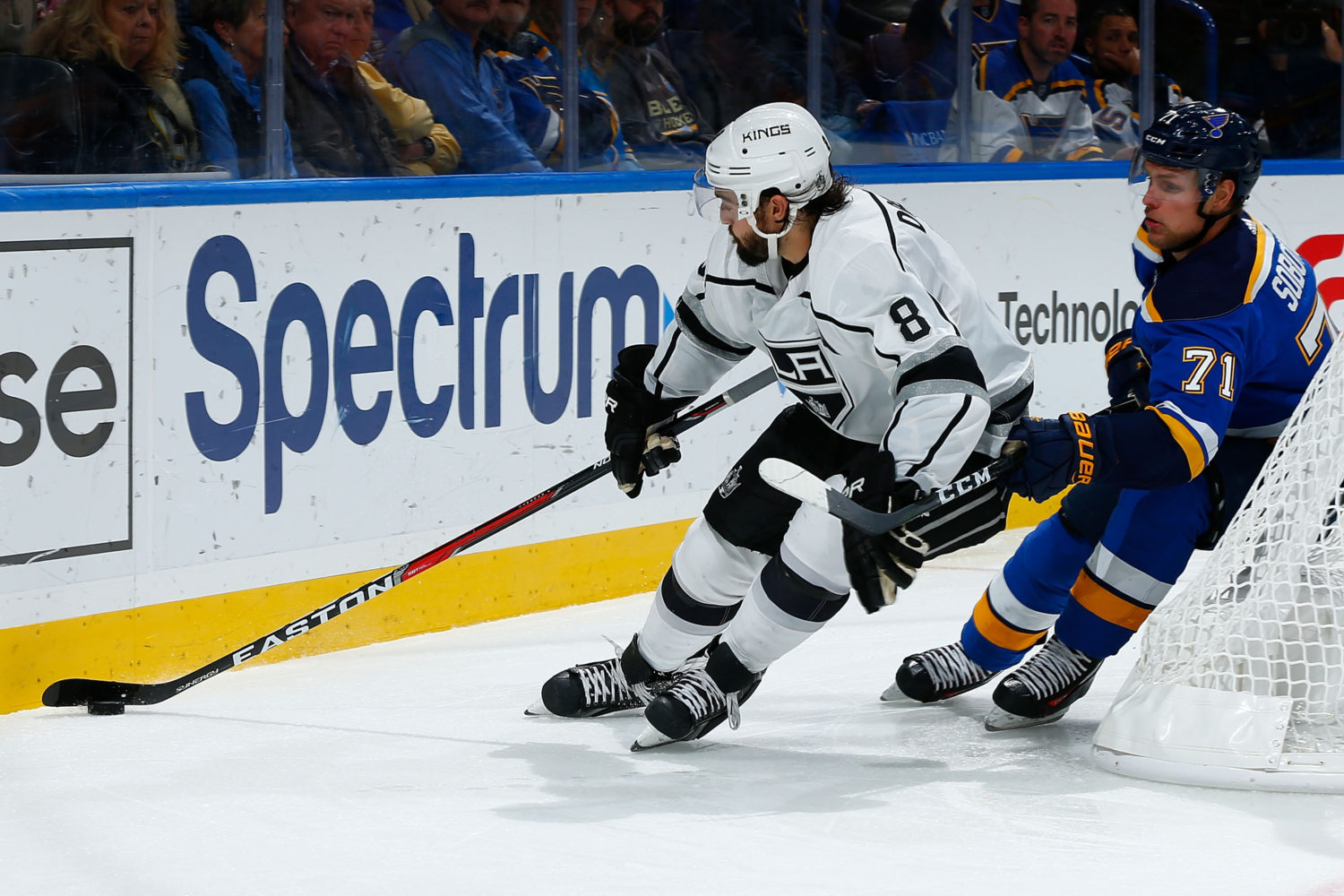 On what he saw from the narrow loss:
Kind of as expected. Their team game is very strong, their defense is big and they play fast. They do a really good job on the boards at getting plays stopped and getting pucks moving. You could lose the first game, win the rest or have a really good trip and lose the last game. Kind of a sour note to go home on, but to be honest with you I thought the guys played hard tonight. I think our execution could get better, especially in the neutral zone, but I really felt the guys dug in and played hard tonight. We’ll learn from this game and continue to get better.

On whether he saw continuity in performance and execution on the road trip:
Probably the thing that I’d take away from this game that you’re happy with and excited about is that on the road you get down at the end of a trip and guys keep digging in and getting back. We got within a goal and got down two, got within a goal and then had great chances to tie the hockey game. I think there’s a lot of resilience in this group and they don’t get discouraged easily, and again, I think the guys played hard tonight. If we continue to show up and play like that as a group, then we’ll get back in the winning track.

On the game’s playoff-like feel:
To be honest with you, a lot of the games on this road trip have felt like playoff games. It started in Columbus. Certainly the Boston game the other night, and this one here. There’s a lot at stake. I think teams realize that points this time of year are as important as points any time of the year. You don’t want to fall behind, and you don’t want to lose points when there’s an opportunity to get points. But again, we looked at this trip, we wanted to try and get a good trip. To go 4-2 on the road trip, we’re happy with that. We did some good things, but we’ve got areas that we’ve got to get a lot better at.

On whether St. Louis did to Los Angeles what Los Angeles does to a lot of teams:
I don’t think there are any surprises from us to them or them to us. I think we’re all pretty versed in what to expect. They’re a team that plays hard, plays fast and really responsible 200 feet there, and I think we are as well. Special teams had some good opportunities at both ends of the rink. The PK, usually you kill a five-on-three, I think it was a big momentum swing there. It’s a good hockey game. They’re a good team. It’s not surprising they’re having the success they’ve had.