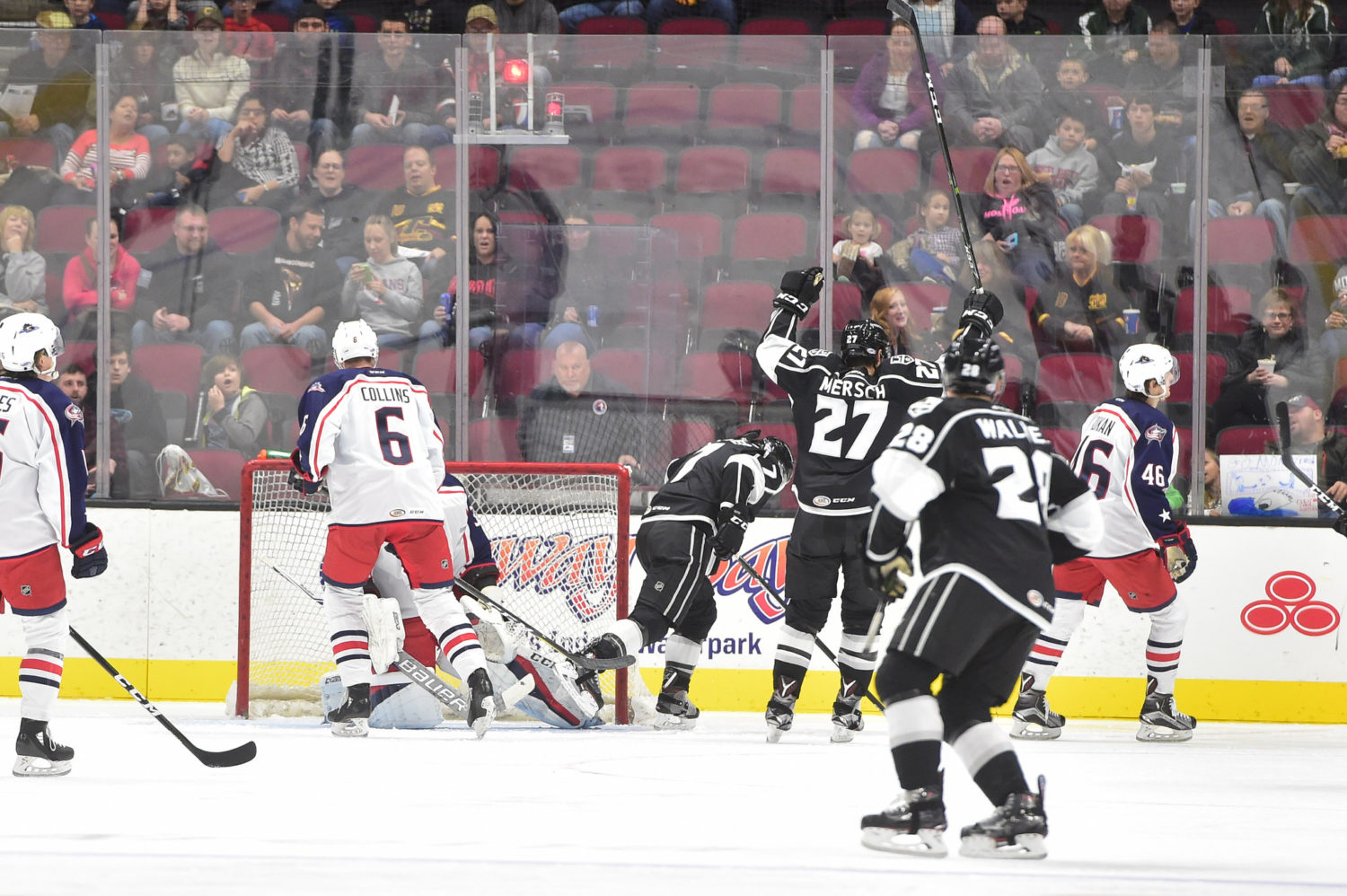 The Ontario Reign claimed their first victory of the season on Saturday with a hard-fought 2-1 victory over the Cleveland Monsters at Quicken Loans Arena in Cleveland, Ohio. Forward Michael Mersch blocked a shot early in the contest, battled back to return to the lineup, scored the game-winning goal in the second period and would later depart the rest of the contest. Goaltender Jack Campbell stood tall making 34 saves in the game including a 15-save barrage in the third period.