Jonathan Quick isn’t big on milestones or accolades, but virtually everybody else loves a sharp, rounded number, and in his 500th career game he stopped 40 of 40 shots in keeping the Montreal Canadiens off the scoreboard. There are games in which he’ll be named one of the three stars with one of your garden variety 26-of-28 performances where he may fight a puck or two but his sheer competitiveness wills the team to victory, and then there are games like Thursday’s, a reprisal of the 2012 St. Louis series. He was dialed in from opening faceoff and appeared to see everything with a pristine focus and calculated movement. He now leads the league with a 1.88 goals-against average, a .944 save percentage, and is one of two goaltenders with two shutouts through the first four weeks of the season. Poor Max Pacioretty. A fellow product of the Fairfield Youth Hockey program whose prep school hockey career overlapped with Quick’s by one year, the two are summer sparring partners in their season preparation before departing for points west and north. Pacioretty remains stuck on two goals and points in an extremely frustrating start to the season for the Canadiens, but it wasn’t for a lack of quality chances from point blank range, the slot, and from distance as part of an eight-shot, 11-attempt effort. Quick also made a number of stops on threatening Artturi Lehkonen chances, including one early in the first period as part of a rapid fire succession of saves, and one late in the second. This could be said of a number of Montreal skaters. 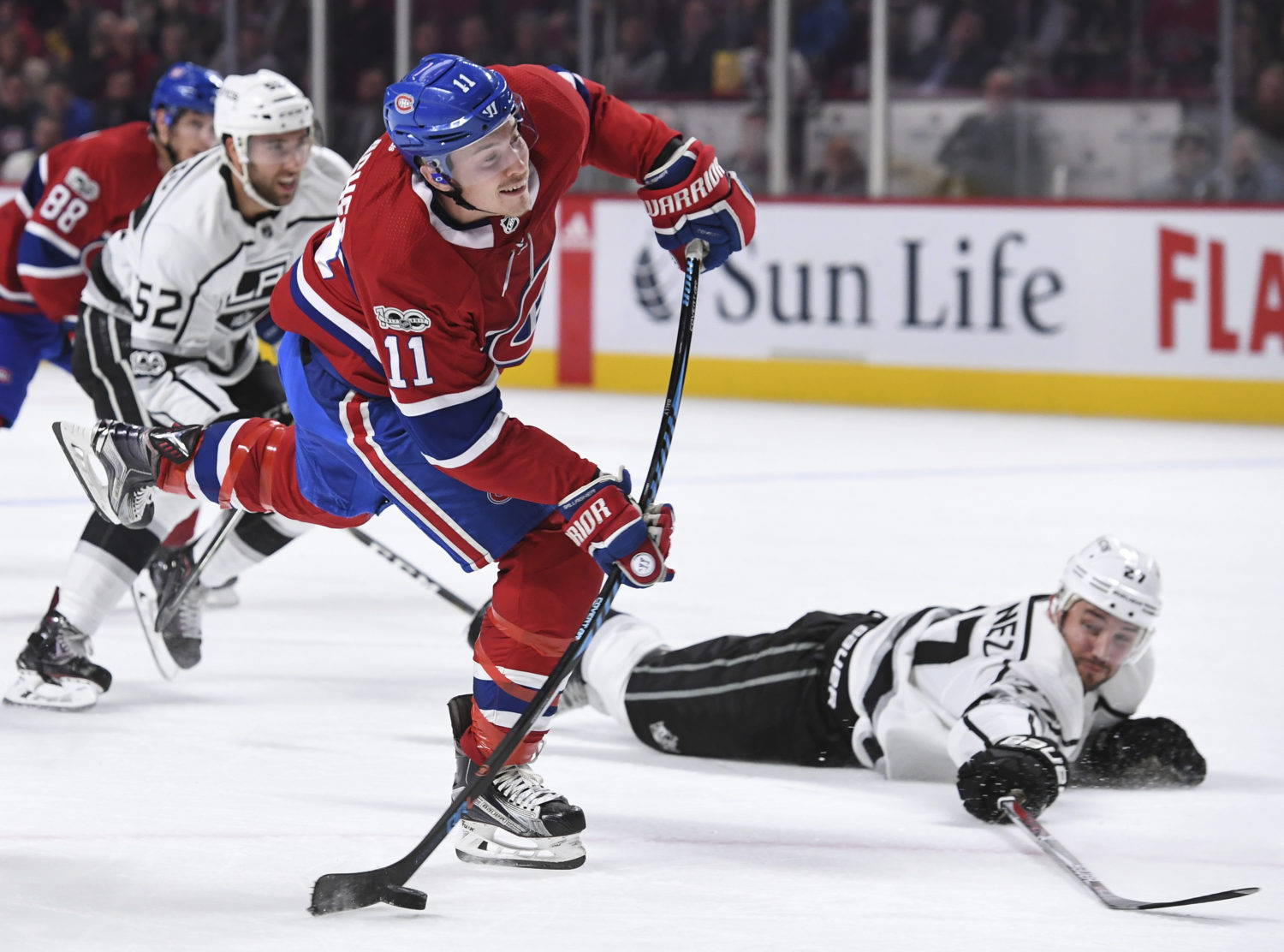 We’re only 10 games in, but the small sample size indicates positive returns in the team’s efforts to transfer its possession advantage (which has diminished but remains fairly comfortably in the black) into better scoring chances (which the players indicate has happened) and a raised shooting percentage (which has increased significantly). Los Angeles is shooting 9.3% in five-on-five play, which ranks 11th in the league, and 9.97% in all situations, tied for 14th. Placed in context with last season’s 7.79%, which ranked 28th, and the jump from last year’s all-situational .905 save percentage to a league-leading .941 this season, it’s not hard to identify a statistics-based backbone of this season’s 8-1-1 start. Adrian Kempe, who has six goals on 17 shots, is not Mario Lemieux, and won’t shoot 35.3% throughout the season. But during an early part of the season in which the team was faced with a challenging set of circumstances with Jeff Carter’s injury and six consecutive road games against teams that made the playoffs a year ago, his contributions have been clutch, and like his 2015 Calder Cup campaign, regular. Good goal scorers score goals in a number of different ways, and Kempe is scoring off deflections, off forecheck pressure, off the rush and by crashing the net. 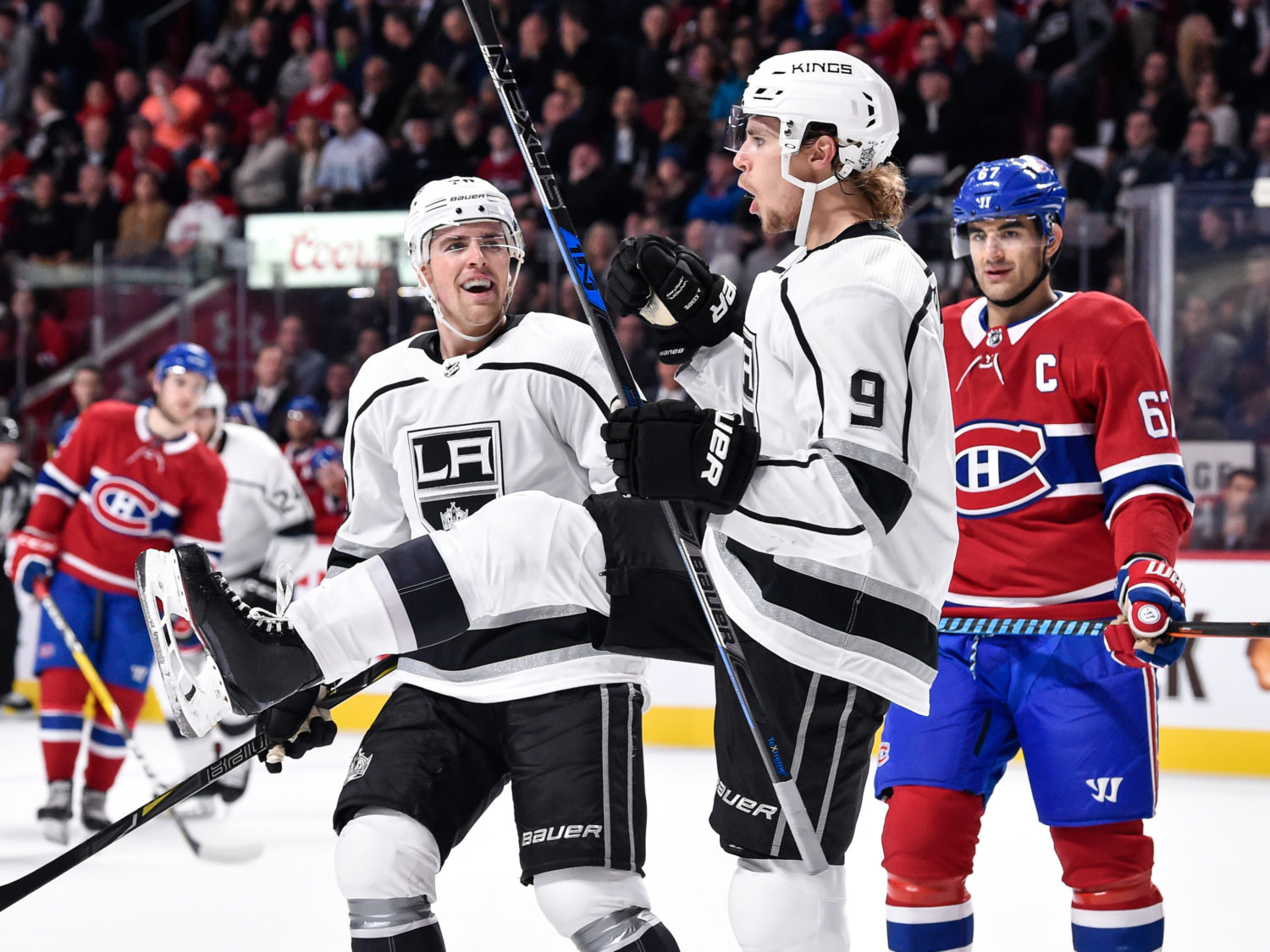 The Kings signed Kurtis MacDermid to an entry-level contract as an undrafted free agent in September, 2012, a season after he had appeared in nine games with the OHL’s Owen Sound Attack and 20 games with the Junior B Owen Sound Greys of the Greater Ontario Junior Hockey League. After an additional four seasons of major junior hockey and two seasons in the American Hockey League interspersed around development camps and rookie camps, there were thousands of hours of development invested in a player who at every single level was willing to listen, learn, and do whatever was asked to make himself a better hockey player. His hockey intelligence is very high, and with a family NHL pedigree, his understanding of game situations, locker room dynamics and his role as a teammate has been commended. This is not a player who has ever cut corners. It’s special to see any player score his first NHL goal, but to get a read of several members of hockey operations who had scouted him and others who had helped develop him was a distinguishing moment of the early part of the season. The defenseman was beaming in the locker room after the game. “It’s just a dream come true,” he said. “That’s what it really is.” 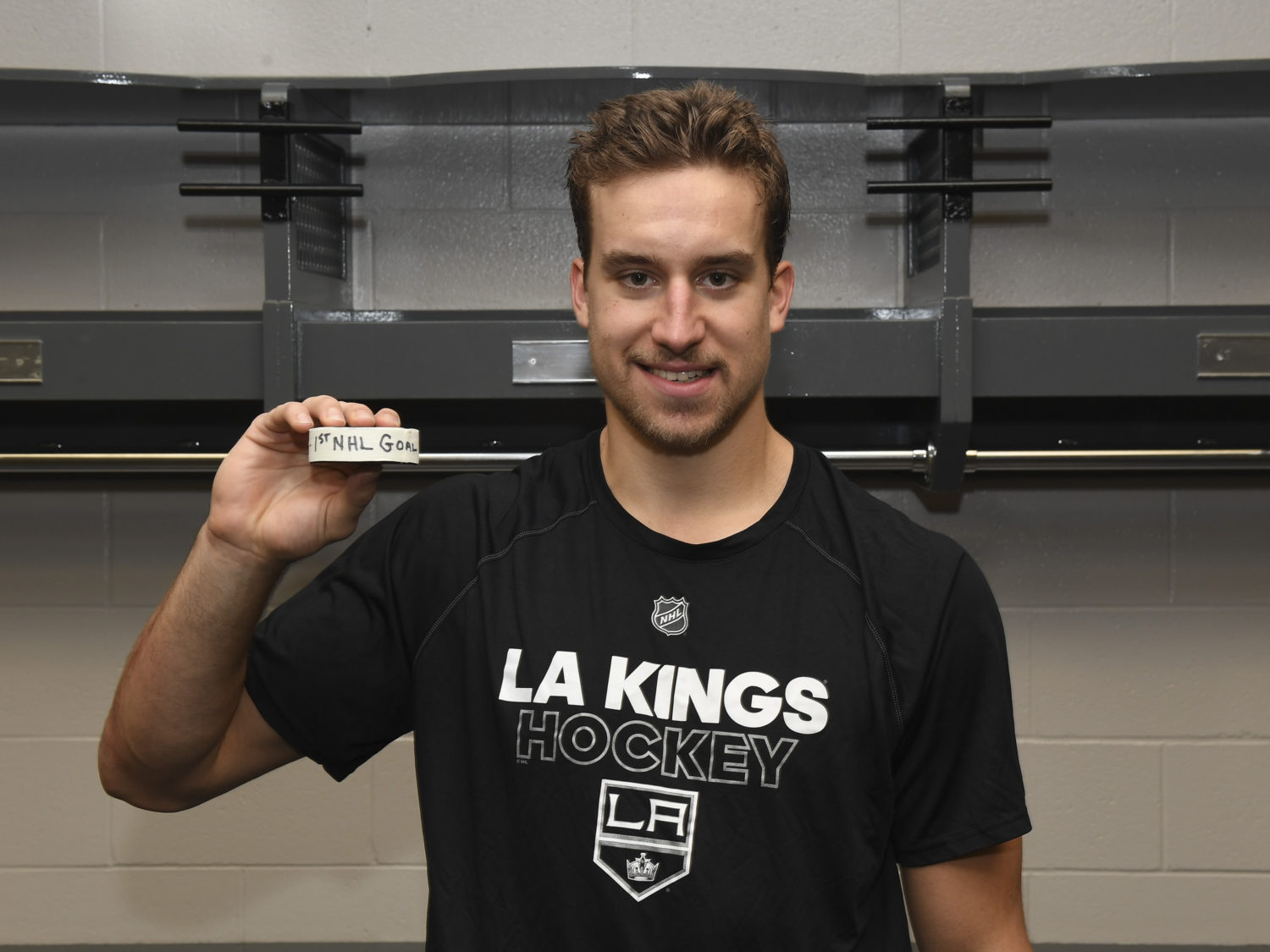