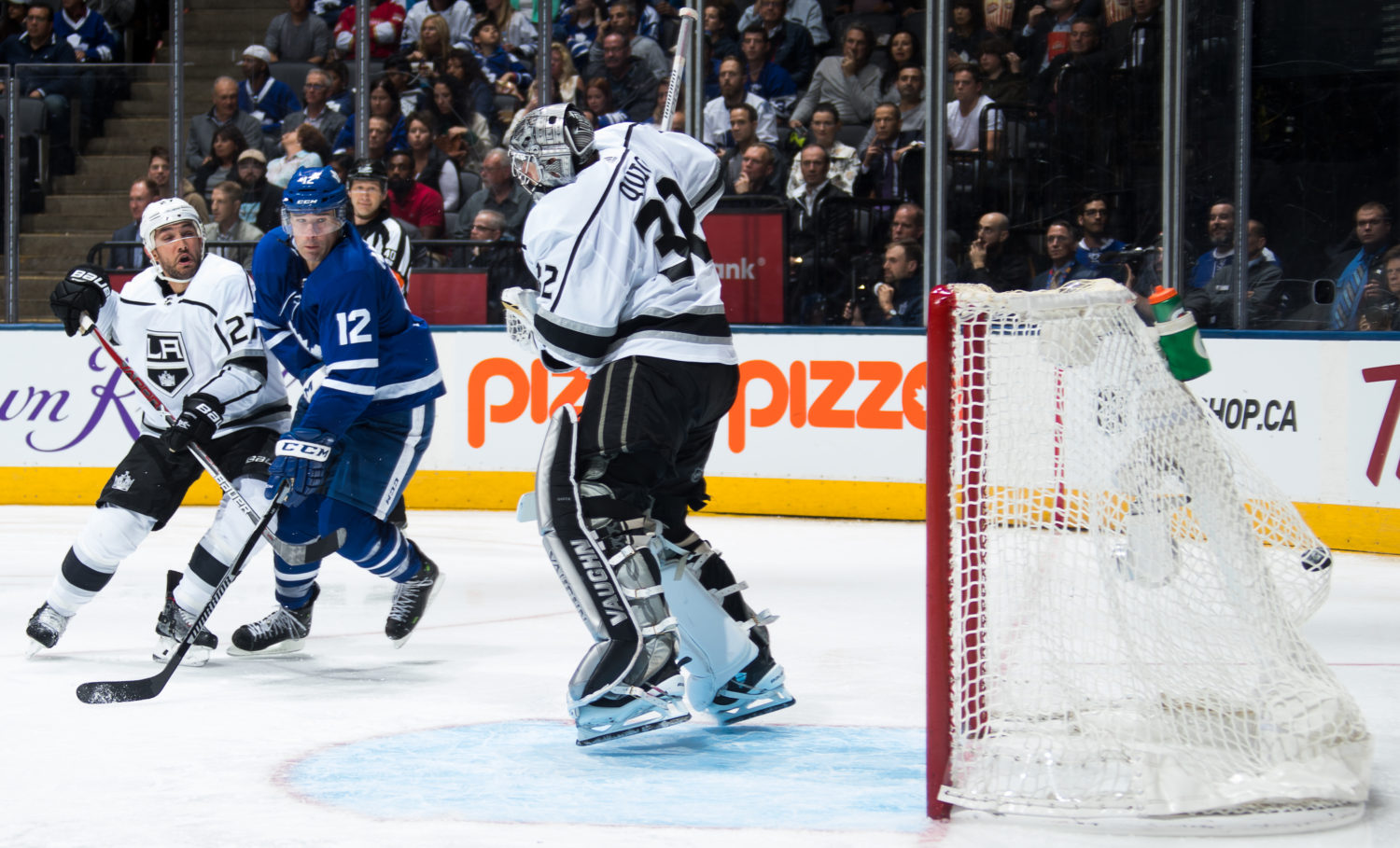 On the surface, park and ride. The Kings lost a one-goal road game to a very good Eastern Conference team and had their chances in numerous situations to either jump out in front early or to tie the game late. From an evaluation that lacks depth, that’s not an awful way to drop a first game in regulation some three weeks into the regular season. But, upon closer inspection, that was a game for the taking. Los Angeles found and attacked large swaths of open ice early in the game and won a first period in the scoring chance and possession counts. But, unfortunately, goals, and not shot attempts, determine whether a team gets zero, one, or two points in the standings, and Matt Martin’s net-crashing deflection of a Roman Polak wrister established game situations in which the Kings had to fight from behind, and, unlike Saturday’s game, it was the home team that gained its footing and asserted itself better than the visitors as the game progressed. Like Drew Doughty, I don’t follow the Maple Leafs particularly closely, and I’m not entirely sure why Mitch Marner is playing on the team’s fourth line – preparation indicated it was because of a slow start, coupled with needing harder and more responsible minutes from the 20-year-old – but I’ve seen him play live three times, and in the last two times I’ve watched him, he’s been simply dazzling. The combination of his speed and hands makes for an awfully exciting player to watch, and he was among Toronto’s most-impactful-forwards-per-60-minutes, totaling two assists in 11:50 of ice time and directly contributing to Martin’s deflection when he zipped into the zone, forced Doughty to chase and found Polak. Who even needs a stick for a successful zone exit? 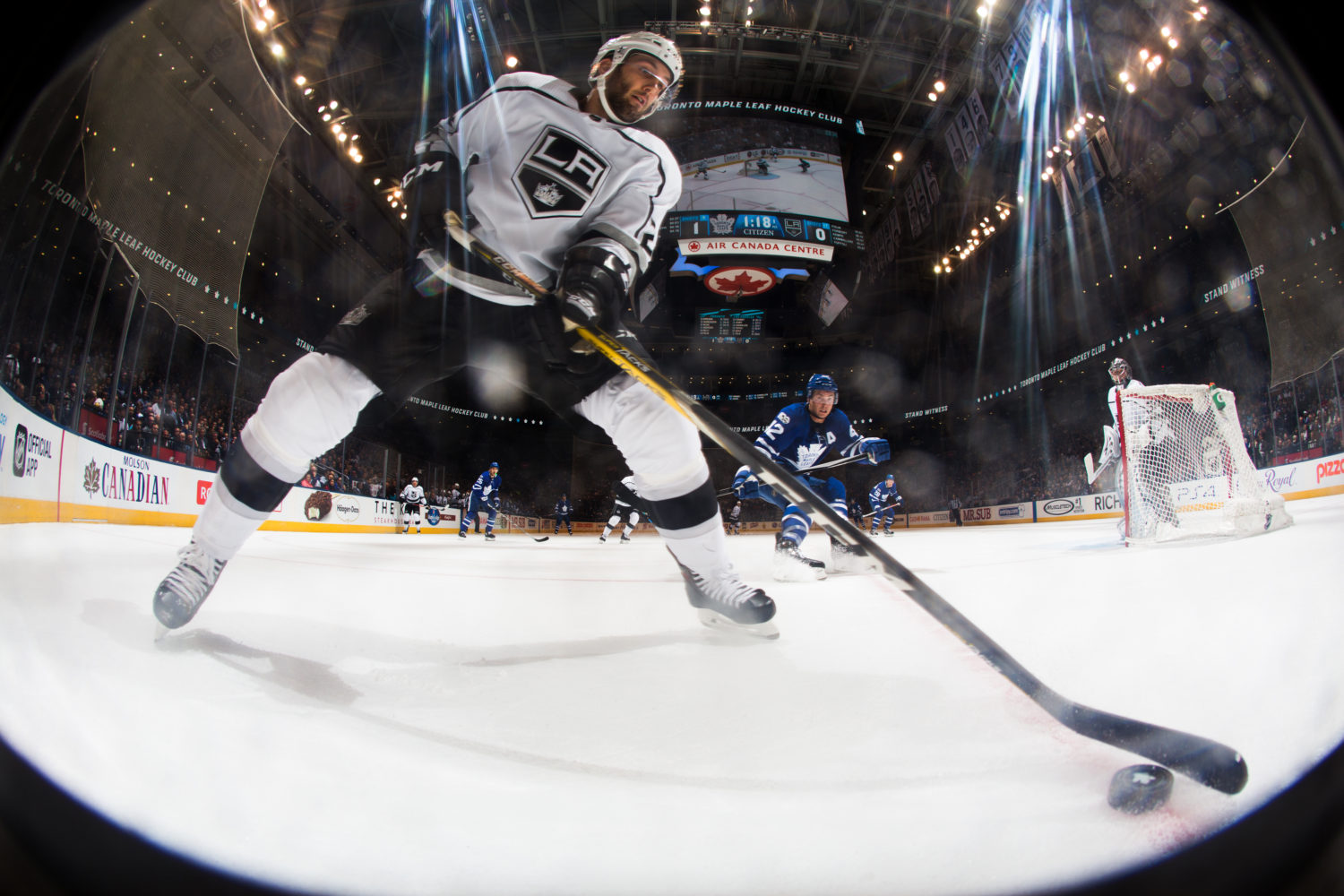 Relatively well-played for an early season meeting, it was interesting that for a game with a raised amount of scoring chances and a combined 72 shots on goal, each team’s top lines were neutralized by strong checking efforts. The Kopitar line was shut down by the Kadri line, and likewise, Nick Shore, Tanner Pearson and Tyler Toffoli, along with their defensemen, did an awfully good job checking Zach Hyman, Auston Matthews and William Nylander. There were 22 shot attempts when both Shore and Matthews were on the ice at the same time, and 15 were directed towards Frederik Andersen. In a game in which Matthews’ only real high-grade opportunity was a quickly released shot in limited space off a pass early in the third period, it was Brooks Laich, and not Shore, who was centering Pearson and Toffoli during that shift. Of course, there were also opportunities in which having Jeff Carter in Shore’s place would’ve had the propensity to provide offense, especially during several high-speed second and third period Toffoli-Pearson give-and-gos, but because Matthews was not on the ice for any goals, Shore and his teammates did their job in sawing off one of the league’s premier offensive threats. A counterpoint can obviously be made that when Pearson and Toffoli are on the ice, Los Angeles shouldn’t simply be content in sawing off the other team’s top players. 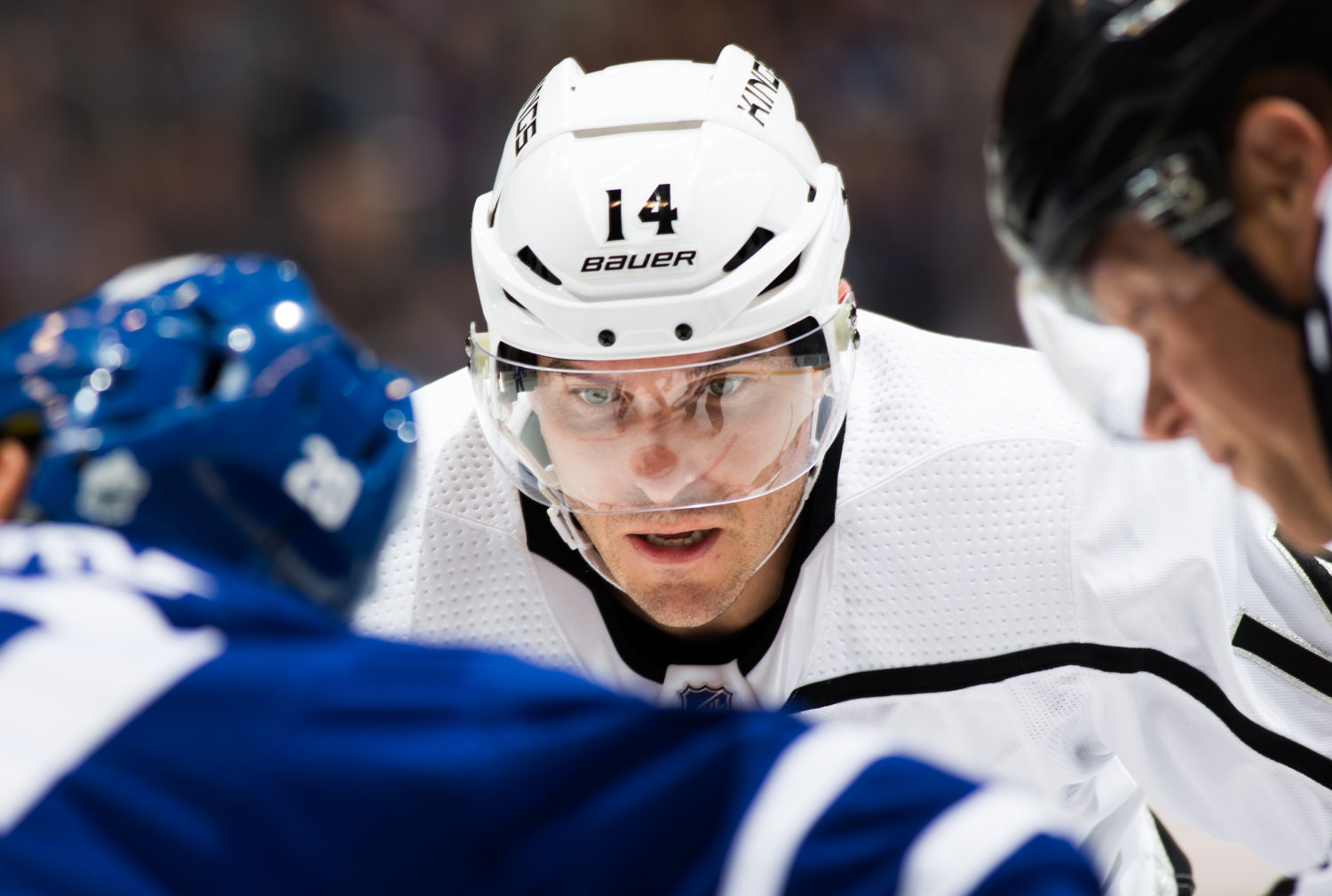 Not quite on the same raised level as the play was the officiating, and it affected both sides. A valid argument could be made that Marner’s waved-off goal should have counted, while Patrick Marleau’s game-winner could have been negated by a high-stick. (Keep in mind, too, that it’s difficult to reverse goaltender interference and high sticking calls.) With Marner, Quick was interfered with by Martin, and as Ray Ferraro noted on the broadcast – it’s an absolute pleasure when the two analysts in a game are Jim Fox and Ferraro – a whistle could have been blown for incidental contact. On one hand, the play reset after Quick got back up to his skates, meaning it had moved past any interference on incidental contact. On the other hand, Quick was affected by the contact, which set up a chain of reactions he wouldn’t have undertaken had the contact not been there. It’s a bit of a gray area, but I still think that’s a good goal. On Marleau’s deflection, human nature dictates that it’s awfully hard to immediately wave off a goal shortly after one was disallowed for the same team, and I’m not sure if there’s conclusive evidence to overturn the original call. It was awfully close. Nitpickingly (which is apparently a word), during a power play, Zach Hyman held on to Drew Doughty like Jeff Van Gundy held on to Alonzo Mourning, which not only didn’t give the Kings a five-on-three, but took their best player off the ice for the remainder of the man advantage when a frustrated Doughty engaged Hyman in a wrestling match. Adrian Kempe strode beautifully through the Toronto defense in the third period and only lost the puck when a hook pulled his hand off his stick, and Marner’s disallowed goal (and subsequently Marleau’s good goal) followed shortly thereafter. There appeared to be a missed Marleau high stick on Doughty. So what? Kings at Senators. 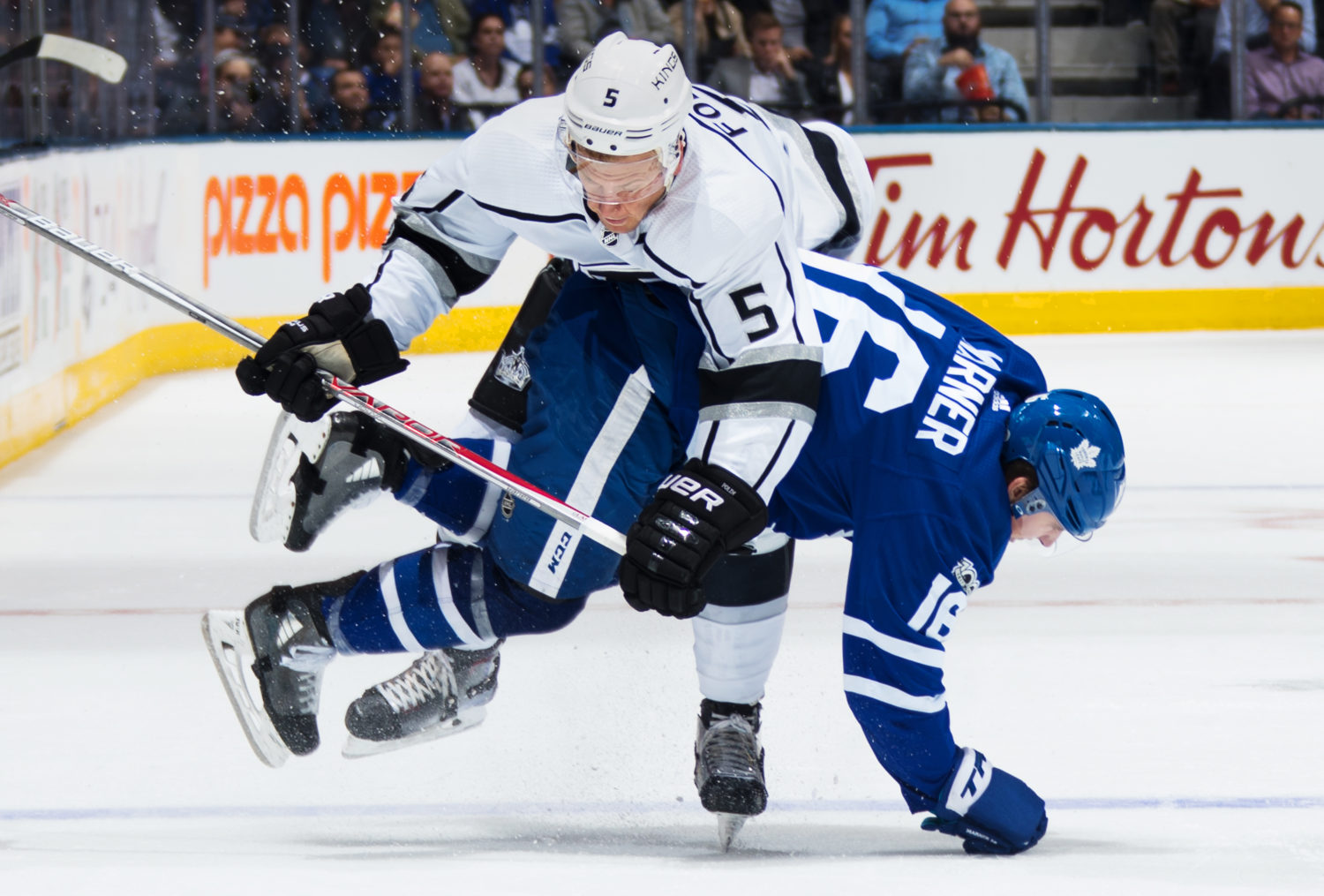