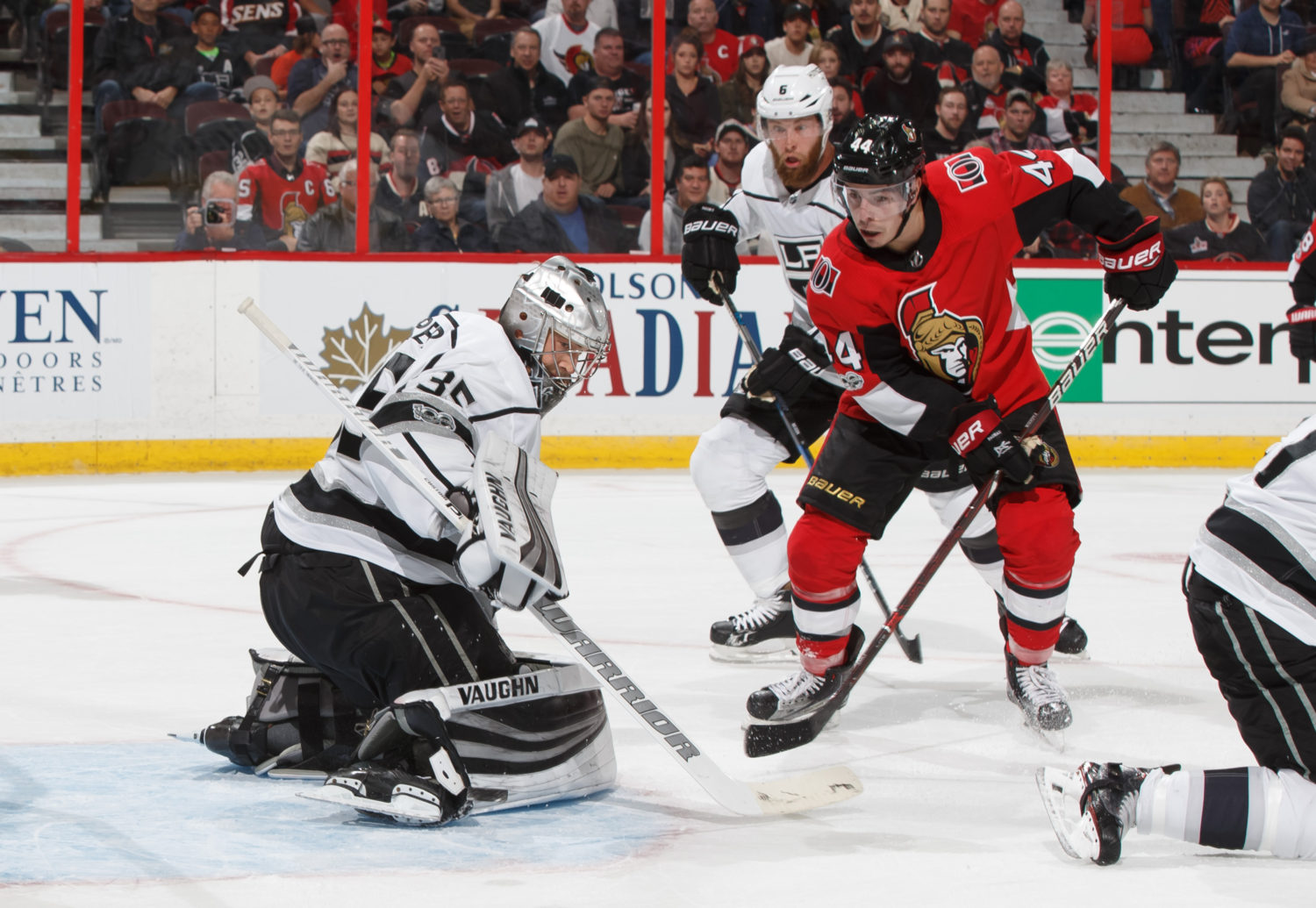 Adrian Kempe, on whether his shootout move was one of his go-tos:
I’ve got a couple different ones, but if I keep scoring on that one, obviously it’s going to be my first move. But sometimes you’ve got to read the goalie and know what he’s good at too. So I mean it worked today. I was happy with that.

Kempe, his third-period goal:
Yeah, I mean he (Mike Condon) had the puck and I was going to choose between both sides there and I heard the d-man calling for it so I tried to go over there and he gave it to my tape there. So I tried to take it to the net and the five-hole was open so I just tried to put it between his legs there.

Kempe, on skating with Tyler Toffoli and Tanner Pearson on the second line:
I think we created some good chances. We had some really good plays. We definitely should have probably buried one or two out there. I like to play with them. They’re really good skaters as well and they were playing the game very well. I just tried to play my game and create opportunities for them. We had a couple opportunities that we maybe should have scored on but I think overall we had a pretty good game.

Kempe, on playing back-to-back after losing yesterday:
I mean, that’s really big. Obviously we weren’t happy with the result we had yesterday so we just wanted to try to bounce back today and I think we played a good game and we got the result we wanted to.

Kempe, on his interpretation of what “Kings-style hockey” is:
We want to play fast. We want to be a faster team than we’ve been before. And we’re known for playing a physical game and we want to have the puck and put bodies in front of the net and put as many pucks as possible in there. And I think that’s what we’ve been doing this year so far, so I’m happy with the way we’re playing right now.

Darcy Kuemper, on his performance:
I just tried to go out there and play within the structure that Billy’s given me. The guys played great in front of me, and I just tried to do my part. It was nice that the whole team got rewarded tonight.

Kuemper, on the first goal he allowed:
Yeah, it dipped a couple of feet on me. It kind of sucks when something like that happens early in the game and all of a sudden they got one but you’ve just got to stick with it.

Kuemper, on finding a way to win:
I thought we played great all game. I thought we generated a lot and weren’t really getting rewarded, so it was nice to catch a break at the end for the tying goal. Just a gritty win, back-to-back win, sticking with it right down to the end.