Is there an evolution of the types of shots the Kings generate (and yield)? 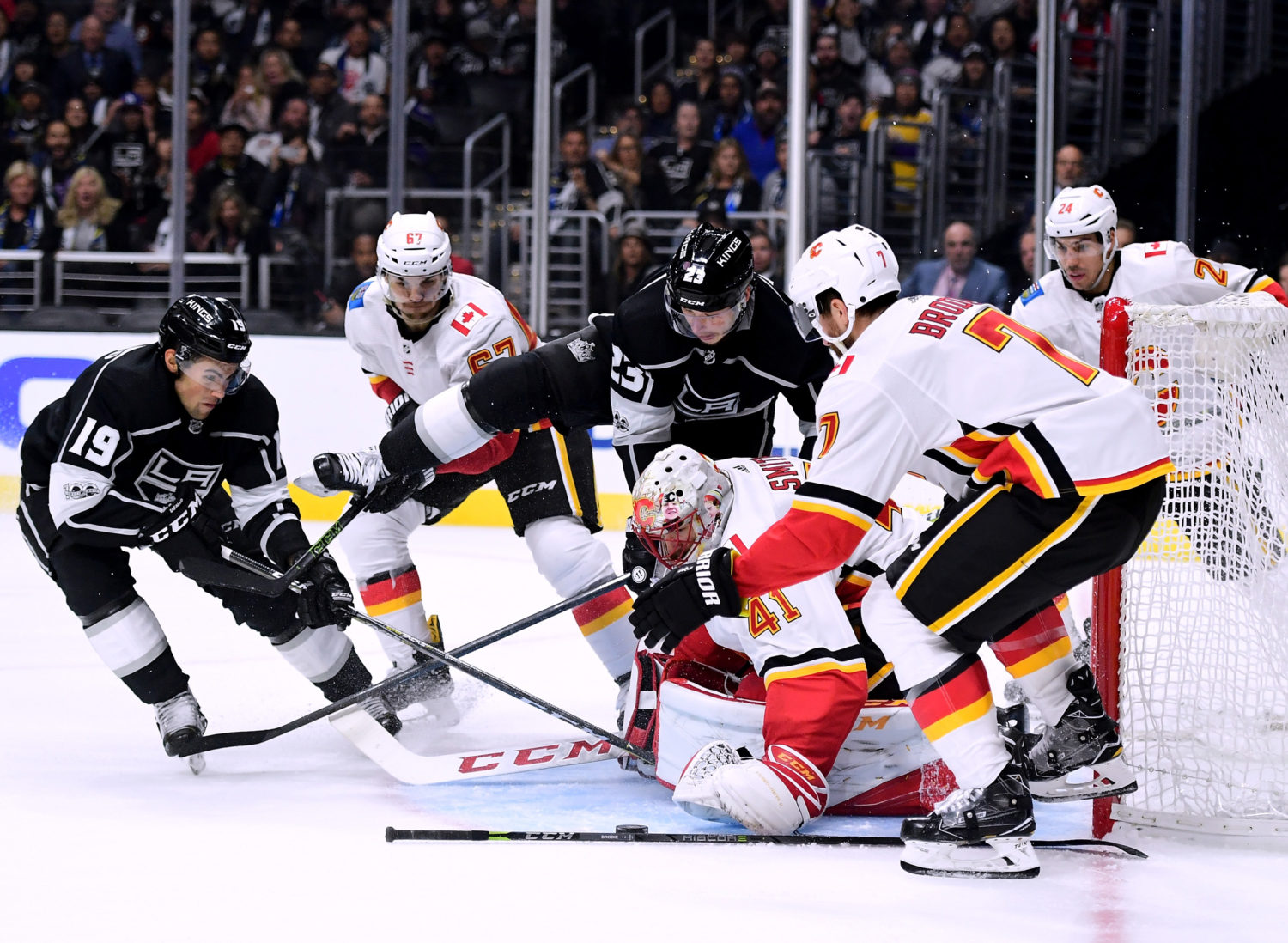 The Los Angeles Kings and Montreal Canadiens combined for a raised 152 shot attempts on Wednesday, 80 by Los Angeles and 72 by Montreal. These figures take into account all situations, not the 5-on-5 metrics that most analytics are based off of, but do still represent an interesting trend materializing out of the small sample size afforded by the first three weeks of the season.

At this moment, the rise of shot attempts against per game in all situations as well as five-on-five play doesn’t appear to be particularly important. There are six games of data, and John Stevens has appeared content with the direction of what the team is yielding, and where they’re yielding it from.

“All year we’ve tried to become a tighter team and give up less and create more, and I think even some of the stuff in the Montreal game, especially late, came from what we would call ‘B-chances,’ so they’re shots from distance with traffic where we’re defending it the way we want to and expecting the goalie to make those saves,” he said. “We were very happy with the Montreal game once we got our feet on the ground and started to handle their forecheck a little bit better.”

And the Kings have been a team for years that has based its possession strengths and offensive output on its ability to check well in its own end, turn plays around quickly and exchange the puck into the hands of the forwards. That aspect of their game appears to still be in the proper shape at the start of a difficult six-game road trip.

“We thought we created a lot offensively by playing the game the right way,” Stevens said of the Montreal game. “We want to continue to get to the net on the rush, we want to continue to get to the net in the offensive zone and spend more time inside the dots with people and with pucks, and it sounds a pretty simple equation, but we want to eliminate those chances in our own zone. We do think we defended better in that game. We got plays stopped quicker, we got the plays in our zone stopped quicker, and we created a lot more going the other way. That’s something we look at on a nightly basis, how we’re doing in those areas, and it usually tells us how we’re playing.”

Again, I haven’t sensed any concern from Stevens or anyone else from hockey operations in this regard, and if there’s something noticeable in the trends depicted above, their all-situational shot attempts have risen, which could be partially based on the power play’s ability to generate higher quality looks.

The team is 5-0-1, so any perplexed goatee-scratching over the run of play or the raised shot attempts or chances against is probably misplaced. But given the emphasis Stevens laid out early in his tenure in his desire to see the Kings drive hard to the net, and his push for the team to turn its sturdy possession strengths into offense by distributing the puck into high-danger areas with greater regularity, how has that manifested itself on the ice over the first six games of the year?

Let’s ask Dustin Brown, who does a wonderful job of breaking down and articulating what he sees from ice level and placing it the type of context afforded by someone with 970 NHL games to his name.

Dustin Brown, on any evolution of the location of shot attempts and scoring chances this season:
I mean, it’s just a feel thing. I don’t know if any of this is backed up by analytics, but it just feels like our shots are much more dangerous this year. On the defensive side, there’s been a couple of spurts where we’ve given up probably better chances than we would like and that’s maybe just a transition – I think we’ve got a lot of new guys in the lineup, and that sort of thing. But from the offensive side I think we’re getting a lot more shots from the areas we want to get. And it’s creating a lot of havoc for goalies and defensemen when you’re shooting from the middle of the ice.

Brown, on any changes to the overall run of play or the team’s pace:
I think we’re attacking. Every other team is different, right? So for us I feel like we are attacking the net much more. And we’re better positioned to attack the net is probably the biggest thing. We always try to have a guy there. High guy in the slot. Standard stuff, but I think we’re executing on those little details a lot better. I think that makes every line kind of has a little look to it and that helps so it’s been helpful to be with the same linemates for an extended period of time.