The Kings faced a desperate Montreal Canadiens team at the end of their home-heavy slate to open the season and ultimately turned a 1-1 game into a 5-1 win by sticking to their game and continuing to demonstrate that they’ll generate their own share of chances by continuing to check well in their own end. That’s somewhat broad considering there were 152 combined shot attempts on Wednesday night, but in the third period, with the game tied, Montreal, stuck on one win this season, became stretched out and began to cede a number of odd-man chances. On the game-winning goal, potted by Adrian Kempe on a two-on-one, the Habs had numbers deep in the offensive zone during a press for offense. It wasn’t the most patient approach. The third period outburst, which contained Adrian Kempe’s first career hat trick, began taking shape with a concerted second period push and resulted in both Kempe and Michael Cammalleri recording four-point nights. With Jeff Carter injured one-third of the way through the game, and Anze Kopitar and Dustin Brown kept off the scoresheet, Los Angeles received the depth scoring and contributions that hadn’t been there consistently through the first five games of the season. With that said, don’t mistake Kopitar and Brown’s quiet night for an “off” performance – the two were dominant territorially five-on-five and softened up the opposition, allowing other contributors to make their mark on the game. Alex Iafallo, again, was an impact playing in digging pucks free below the goal line and distributing them towards high-danger areas, as intended in the team’s evolved systems. 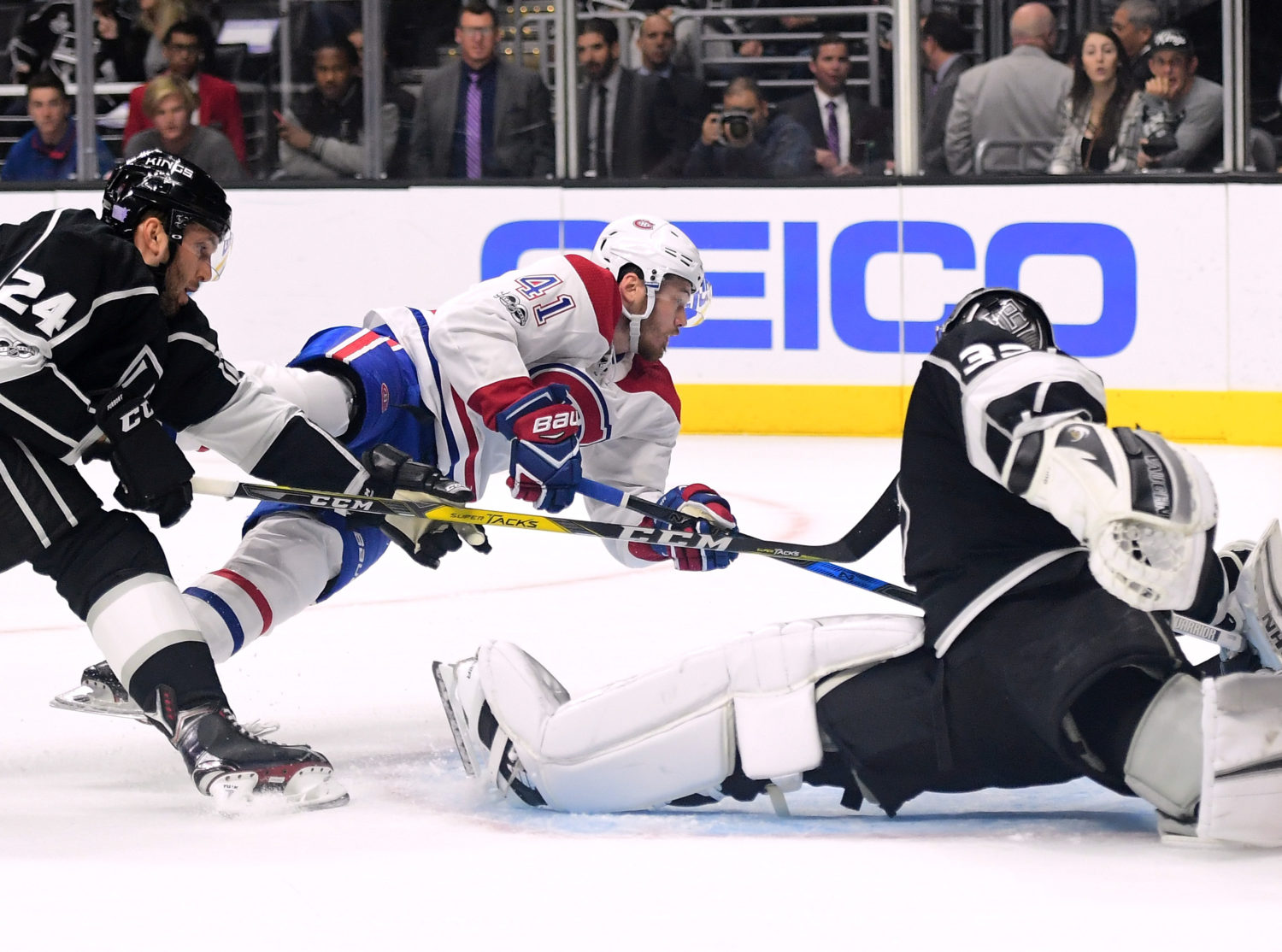 Speaking of the individual performances beyond Kempe and Cammalleri, there were several others that stuck out. The patiently beautiful Kempe goal on the angled breakaway was a strong representation of the team’s willingness to move the puck quickly out of their zone and transition through the neutral zone with good pace. It began with Jake Muzzin shoveling the puck along the boards, allowing both Trevor Lewis and Tanner Pearson to make plays while weathering contact to advance the puck. Pearson may only have one empty-net goal and two assists in six games, but his game remains at a high level and it’s easy to see his actual production catching up to the little things he’s been doing to help his team win hockey games. Whether screening the goaltender or making quick, pace-accentuating decisions with the puck – or, in yesterday’s case, being willing to absorb a heavy hit to make a play – his game has been humming along. The points will come. There needs to be a nickname for Oscar Fantenberg, because he’s been Fanta-tastic in showing good versatility and exuding confidence in high-tension situations. He’s much more than a pacey defenseman capable of exchanging the puck up ice and plays with good jam to his game for a first year player (who does have good professional experience). 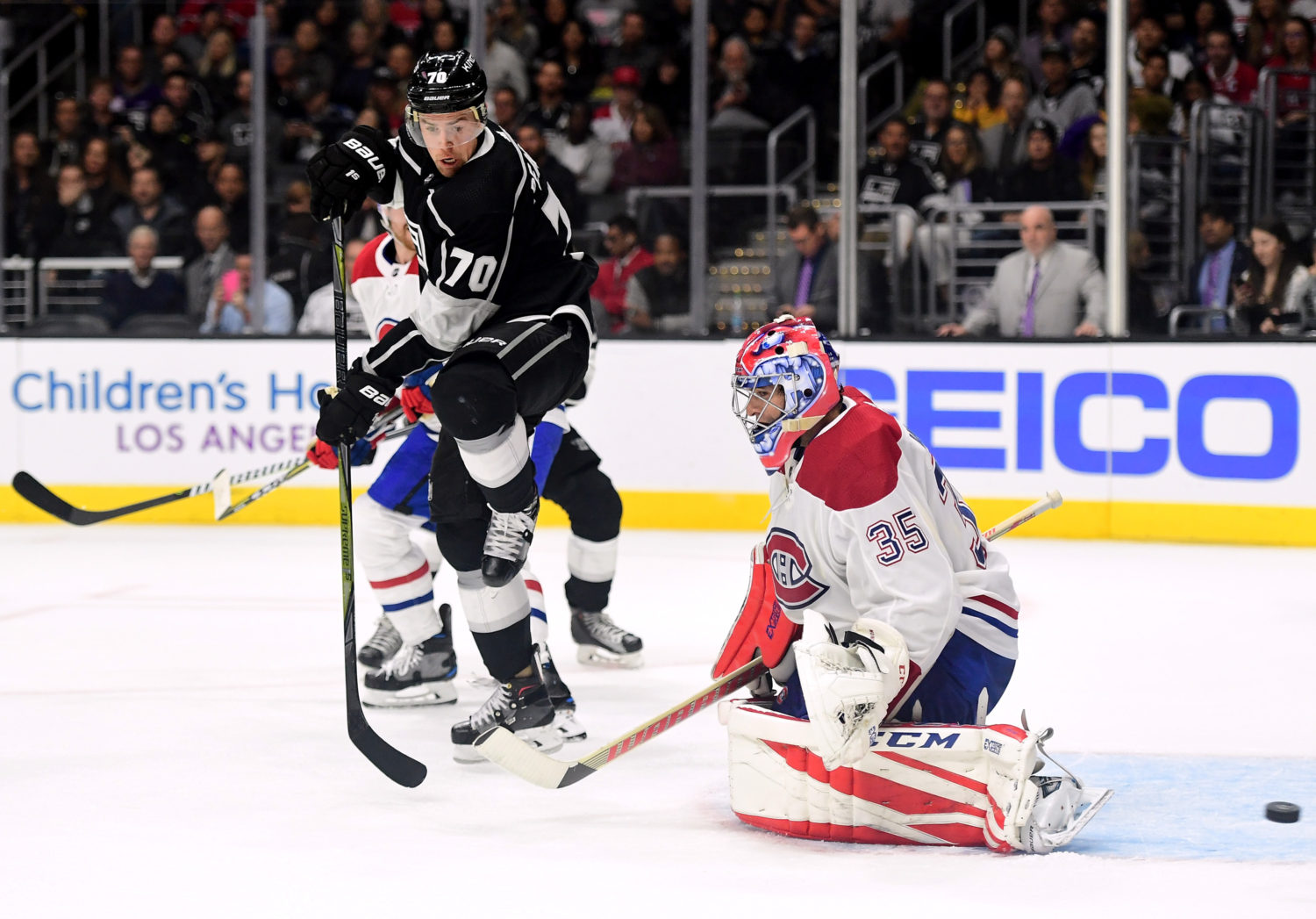 Carter’s injury will be a significant blow to this team that will allow other teams to key in on Kopitar’s line and remove potential points from the standings. Do not underestimate this, even though Carter hadn’t yet made a profound mark in the points column early in the season. Strong center depth is so crucial to success in the NHL, and one of Los Angeles’ top strengths – the presence of Kopitar and Carter as 1 and 1-A options – will be greatly diminished as he recovers. Jonathan Quick has been very good to start the season, but his .950 save percentage is completely unsustainable. Given the blow to the center position, the stiffening of the schedule and the law of averages ready to pounce on Quick’s strong start, the immediate futures for this team are worrying. Can Peter Budaj play center? 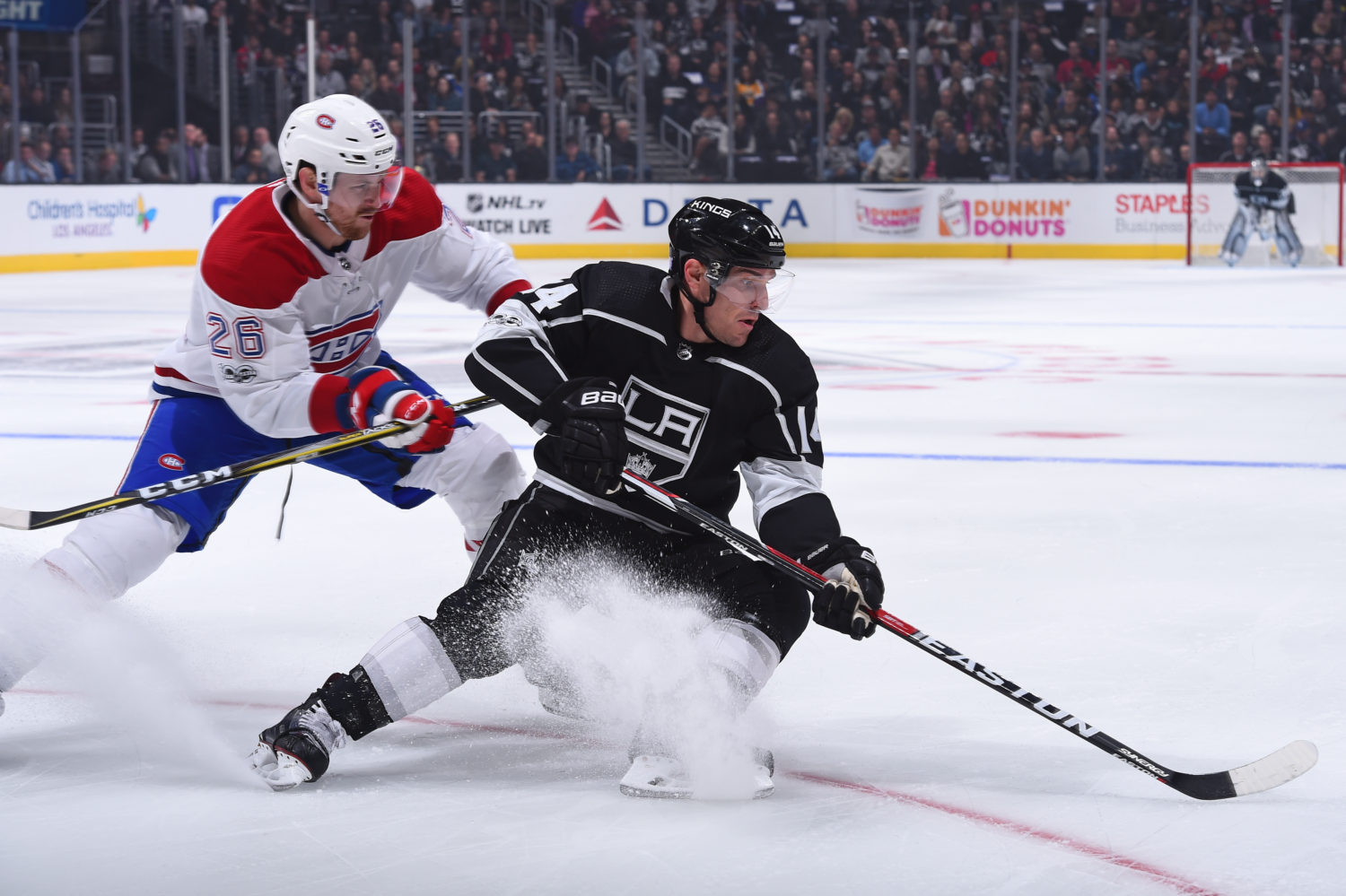