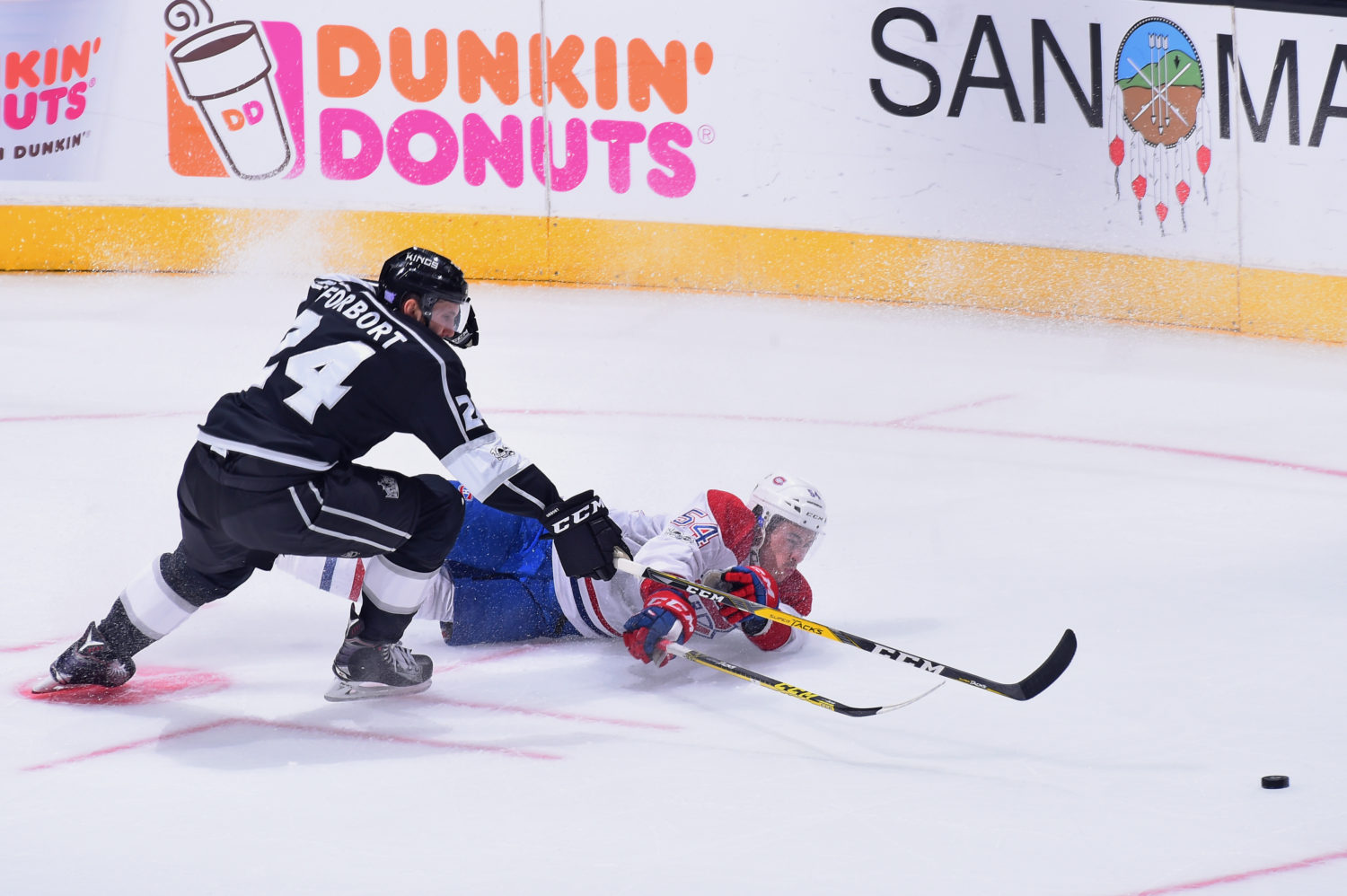 The Los Angeles Kings signed Derek Forbort to a two-year contract extension with an average annual value of $2.525-million. In 102 regular season games, the left-shooting defensemain often paired with Drew Doughty has compiled three goals, 22 points and a plus-12 rating. Selected 15th overall when the Kings hosted the NHL Draft at Staples Center, Forbort made significant strides in his game in 2016-17, adding good firmness and hard minutes against difficult competition.

“I think as an organization we always get excited to see a player progress to the point that he has,” John Stevens said Thursday. “We’ve got a long list of defensemen that have come through the development model here and become really good players in the league, and he’s another one. We think it’s terrific. He took a huge step last year, he had a great camp and came in really to prove he belonged in the league. He’s really formed an identity as a player that we like on our hockey team. So I think it’s great for him, I think it’s great for us, and I think it’s great for the whole development model of the organization where you can take a kid, let him spend time in the minors, work on his game and develop to be a real good player.”

It was understood when Forbort was drafted that his development would take time, and that proved true. He was the final player selected in the first round of the 2010 draft to make his NHL debut, but Los Angeles did receive and develop a quality defenseman whose raised competitiveness has meshed well with excellent footwork that he uses to evade pressure deep in his zone while making plays to get the puck to his forwards.

“I don’t think I really lost sight of what my end goals were, and knew I just kind of had to stick to the path and keep developing, keep getting stronger, and eventually the chips would fall where they may,” said Forbort, who spent 187 games in the American Hockey League, where he won the 2015 Calder Cup with the Manchester Monarchs, after three seasons at the University of North Dakota. “I owe a lot of credit to guys like Mike O’Connell and Mike Stothers and Chris Hajt for really taking my game to the next level that year in Manchester and really helping me develop into the player I knew I could be.”

According to Forbort, contract talks were first raised roughly a month ago before petering out and picking up over the past week, where there was an impetus to get something done before the upcoming road trip, which opens Saturday in Columbus. With his signing, the Kings now have $66.96M allocated to 16 players under contract for the 2017-18 season, according to figures provided by Cap Friendly. Players eligible to become unrestricted free agents on July 1 include Michael Cammalleri, Brooks Laich, Darcy Kuemper, Nic Dowd, Christian Folin and Jeff Zatkoff, while players bound for restricted free agency include Kurtis MacDermid, Nick Shore, Justin Auger, Oscar Fantenberg, Paul LaDue, Michael Mersch, Kevin Gravel and Jack Campbell.

Wednesday’s game wasn’t his best, but Forbort has largely shown quite well in the early stages of the season, clearly benefiting from his long wingspan and the team’s concerted efforts to reinforce fundamental stick usage in the defensive zone. Meshed with his raised battle components, the he’s been a very useful and defensive-minded smooth-skater who has averaged 21:18 of ice time through six games. Last year he averaged 20:07 per night while appearing in all 82 games for the club.

“I just try to go out there every night and compartmentalize my game, which is being strong in the corners and making good little plays to get us going out of our zone and being kind of reliable offensively, too, when I get the puck up there and making a good play with that,” he said. “That’s just my main focus of every night, and that just took care of myself.”