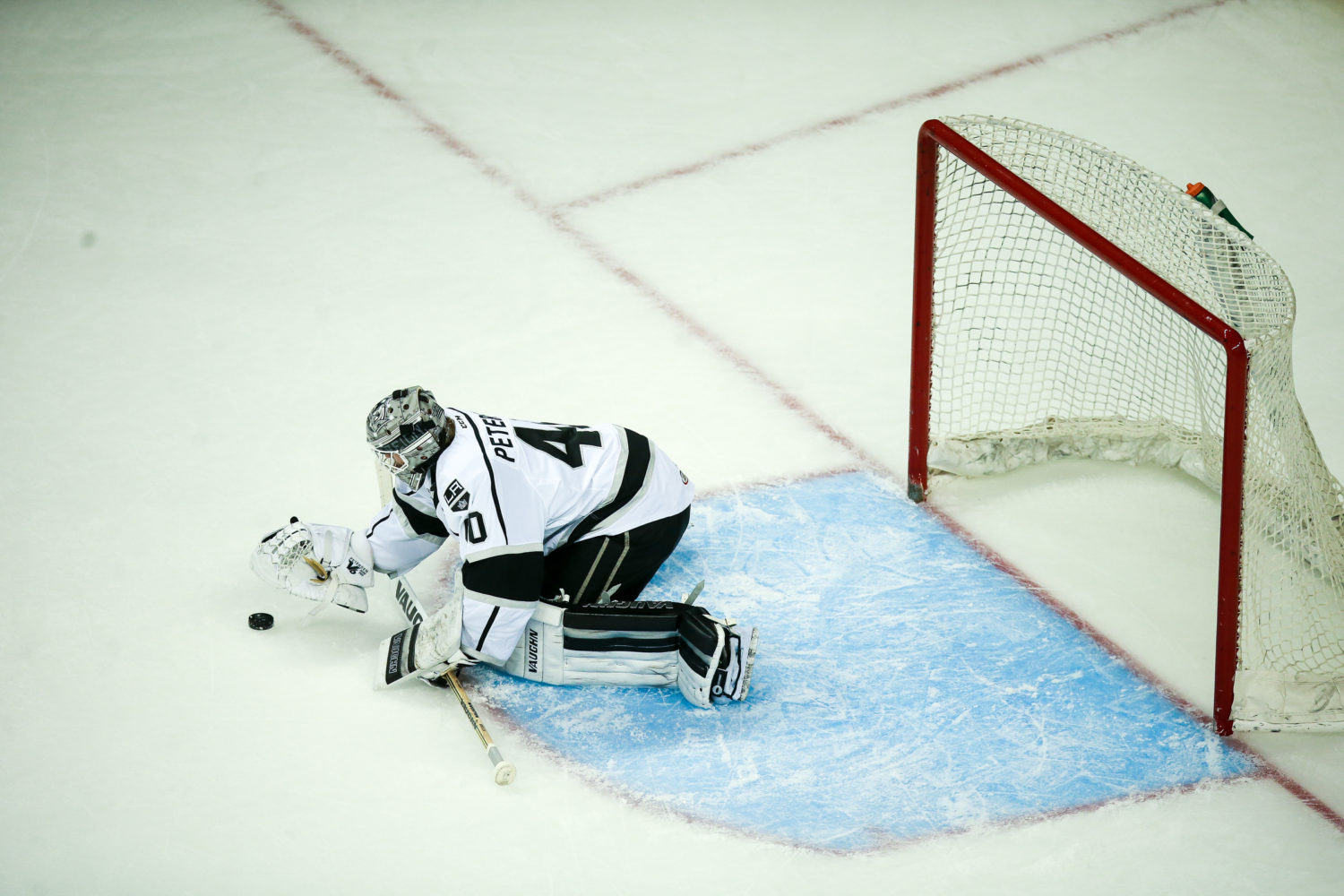 Cal Petersen is back in Iowa.

After a whirlwind spring and summer that saw the 22-year-old LA Kings goaltending prospect take Notre Dame to the Frozen Four, sign his professional contract and run through a gauntlet of training camps, the Waterloo, Iowa, native will take a step back tonight and enjoy a professional “first” with friends and family as the Ontario Reign take on the Iowa Wild in Des Moines tonight at Wells Fargo Arena.

“I went to the first-ever Iowa Stars game at Wells Fargo Arena and I don’t know if I ever imagined that I would be playing on that ice,” Petersen smiled. “My aunt and uncle bought tickets for me and I remember it vividly and I have the Stars hat.”

Tasked with the start for this evening by Head Coach Mike Stothers earlier this week, Petersen took advantage of the timing and early notice.

“It’s really cool and worked out well that my first pro start happens in Iowa. It’s coming full circle a little bit and being in front of family and friends is really fun. The coach, Soupy (goaltending partner Jack Campbell) and I mapped out how the first five games are going to go and it just so happened that my start would be in Iowa. To know that early and let everybody know is cool, but knowing my family, they would have been here regardless.”

With Des Moines being a 130-mile jaunt from Waterloo, the Petersen family turned to the local junior hockey establishment and local leagues for inspiration and entertainment in the early stages of Cal’s career and eventually witnessed him take the ice for the local club for three award-winning seasons (2011-14) before departing to Notre Dame.

“My dad played hockey and growing up in Waterloo, we had the Black Hawks. If it wasn’t for having a USHL team in my backyard, I don’t know if hockey would have been the path for me. It’s unique. People don’t think of Iowa as a hockey hotbed, but it is on the rise. I have a couple buddies that are from Iowa that are starting to get up in the pro ranks.”

The travel, long hours, hotel nights or last minute-skate sharpenings at the pro shop, time at the rink pulled Cal and his family closer together.

“My dad has been in my corner all the way through. My family has made a lot of sacrifices for me to get here and it’s probably a little bit tougher because it’s not as easy to get to my games being so far away. Having this, it will be cool for him to look back at my first games in Iowa to my first pro game. My mom and my sister have been huge. Realistically, I wouldn’t be close to where I am without them. The sacrifices they made and stuff they put on hold for me to live out my dream is a really special thing. Hopefully me being out on the ice is a reflection of how hard they have worked.”

So when does it emotionally hit? When it all finally sinks in? How do you make the most of family time and work preparation in such a special, yet small window of time?

“Once the puck drops, I’m going to be focused in, but it will sink in a little bit after. It’s only one game and I don’t want to hype up too much. When it comes to my family, they came to a lot of my games at Notre Dame so we had a pretty good routine and I didn’t see them very much on game day. That’s one of the big reasons they are coming the night before so we can have some time in a relaxed atmosphere. Game days can be pretty intense, especially for goalie parents. I’m sure they have their own pregame rituals.”

So Thursday night is family time. What’s for dinner?

“Surprisingly Des Moines is a city that I’m sort of familiar with, but not as much as my hometown. I’ll leave that to my family and find something around the hotel. Anywhere where I can be with them is going to be a lot of fun.”