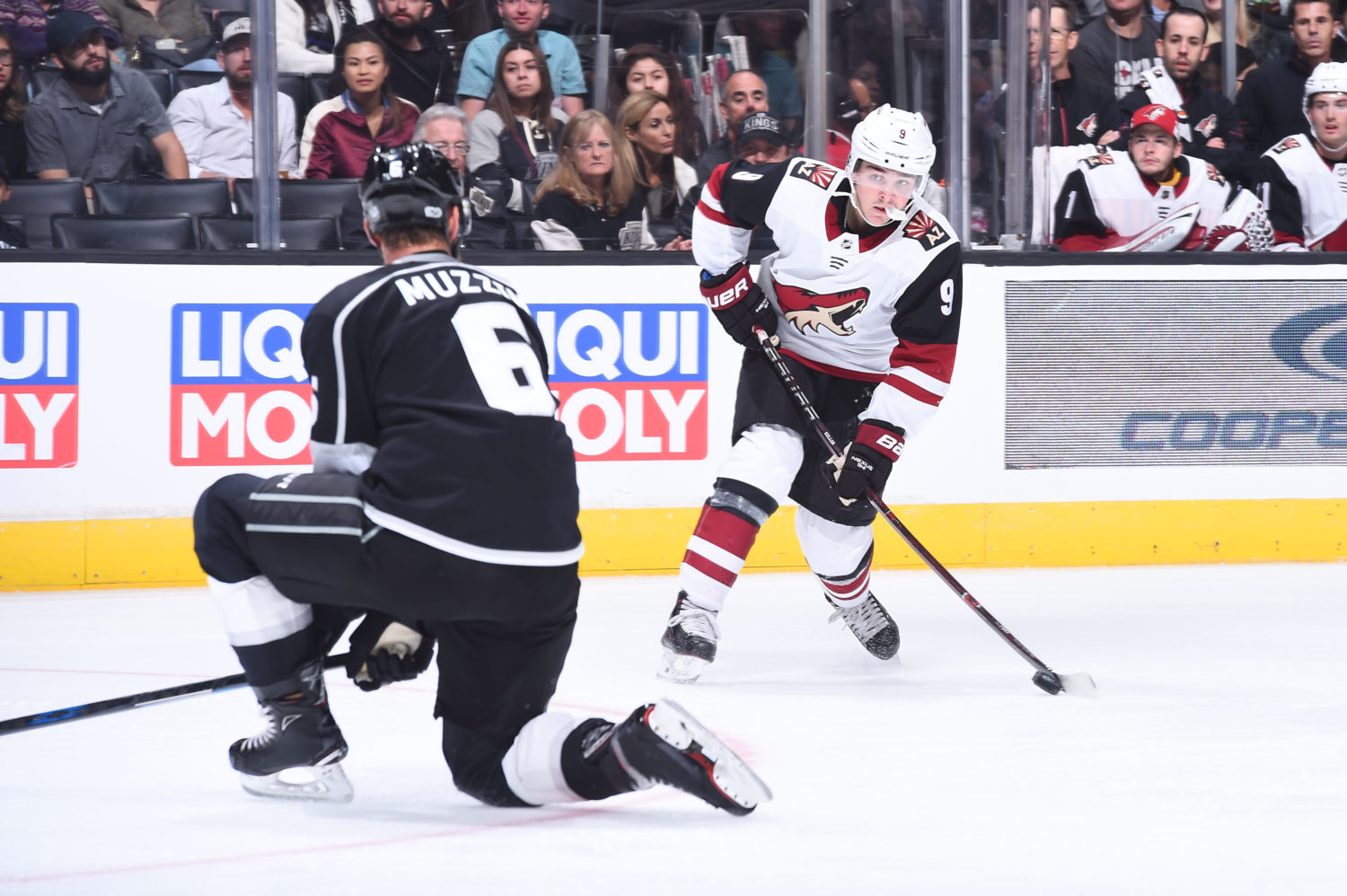 John Stevens, on what the team did well offensively:
I think we did a lot of good things offensively. I think we were standing around a little bit at the start of the game and they really came at us, but I thought once we got our feet moving and got the puck moving ahead a little bit we generated some good looks on the rush and I thought we did some really good things in the offensive zone with getting people to the net and getting a good depth guy in the offensive zone and using the back of the net to really change sides and create some space there. We had four goals, but we had an awful lot of good looks, and I thought the power play really created momentum for us. I think early in the preseason we were trying to pass the puck into the net and weren’t really focused on having somebody at the net and more of a shooting mentality, and I thought we had that tonight.

Stevens, on whether the game was an example of what Michael Cammalleri “can do when active and up with the right guys”:
I don’t know if I’d agree with that term, ‘right guys.’ We’re going to expect him to play the right way and do good things no matter who he plays with, but certainly he’s an offensive player that when you put him in situations offensively, he can score. He had some good looks. He could’ve had three tonight. I think he’s that type of player, but I thought he did good things without the puck tonight. He’s asking a lot of questions, what’s expected of him, reloads and positioning. We all know he can score, but we want the whole game from him, and clearly I think that was the best game since he’s been here, and that’s good to see.

Stevens, on whether tonight’s roster will be similar to the opening night roster:
Well, I mean, our [roster] numbers are down, so it’s getting close. With the trip and everything we’re trying to manage the rest for everybody, so it’s going to be close. There are still guys that we still really like, and obviously Nic Dowd didn’t play tonight and I’d like to get him back in. Iafallo’s a kid that’s had a good camp and he’s practicing with us. He’s been good. And then Brooks Laich and Auger, those guys are all still with us because they’ve made a good account of themselves. But obviously our numbers are down and we’re getting close to our team. One game left here. Obviously we’ve got some decisions to make, but we’re getting close. [Reporter: Are there spots still open for you, John?] I think decisions are getting close. There are definitely spots on our team based on last year. We missed the playoffs last year, and the division’s getting better around us. I think there’s been really good competition on our team in training camp at every position, and I think the guys have made some tough decisions for us because we’ve had lots of guys that have made a good account of themselves.

Michael Cammalleri, on where the team is at with one preseason game remaining:
Tough to say. You win a game and you feel good about some things. I thought Jonathan Quick had to be a little better than you probably want him to be on most nights, so he made some really great saves. But we’re working on some things, and it feels good to win.

Cammalleri, on rekindling chemistry with Dustin Brown and Anze Kopitar:
I thought our first period went well with Adrian and Andy, so I thought overall that was good. I’m enjoying playing with those guys, for certain. They’re tremendous hockey players, world class hockey players.

Cammalleri, on his six shots on goal, and whether his performance is where he wants it to be:
Six shots, you said? [Reporter: Yeah, six shots. Six on goal.] Yeah, that’s a good thing. I think getting puck action at the net is a great way to create offense, and so that’s a good number. I feel great physically, and I’m really enjoying playing with this group.

Jake Muzzin, on whether he’s happy with the team’s game with one preseason game remaining:
Team-wise, yeah. Putting goals in and producing has been good. There’s obviously room for improvement. We can clean up stuff in our D-zone, and D can still be quicker with the pucks, I think, a little bit, and forwards can be quicker getting open and managing the puck. IN the second I thought we got a little sloppy. Some turnovers that led to some odd-man rushes and they had chances to score, but I think if we fine tune some things, we should be good to go for the start of the season.

Muzzin, on whether the team’s game has continued to round into form since the China trip:
Yeah, it’s getting better every day. It pretty much had a full lineup feel tonight. It was good to see everyone in there. Just like I said – some fine tuning in some areas, some mindset fine tuning, I think – what we’re thinking and what we’re doing are two different things – so we’ve got to get on the same page with everyone and we should be fine.

Muzzin, on the four forward, one defenseman power play look:
Four forward, one D. Oh, yeah, on the first unit. It’s good. I mean, you see a lot of the best power plays in the league, they’ve all got it. They’ve got that fourth forward out there. Toff – he’s a great player, an offensive player who’s good, and our unit, we’ve got pretty good players out there, too. I think it’s fine, yeah.