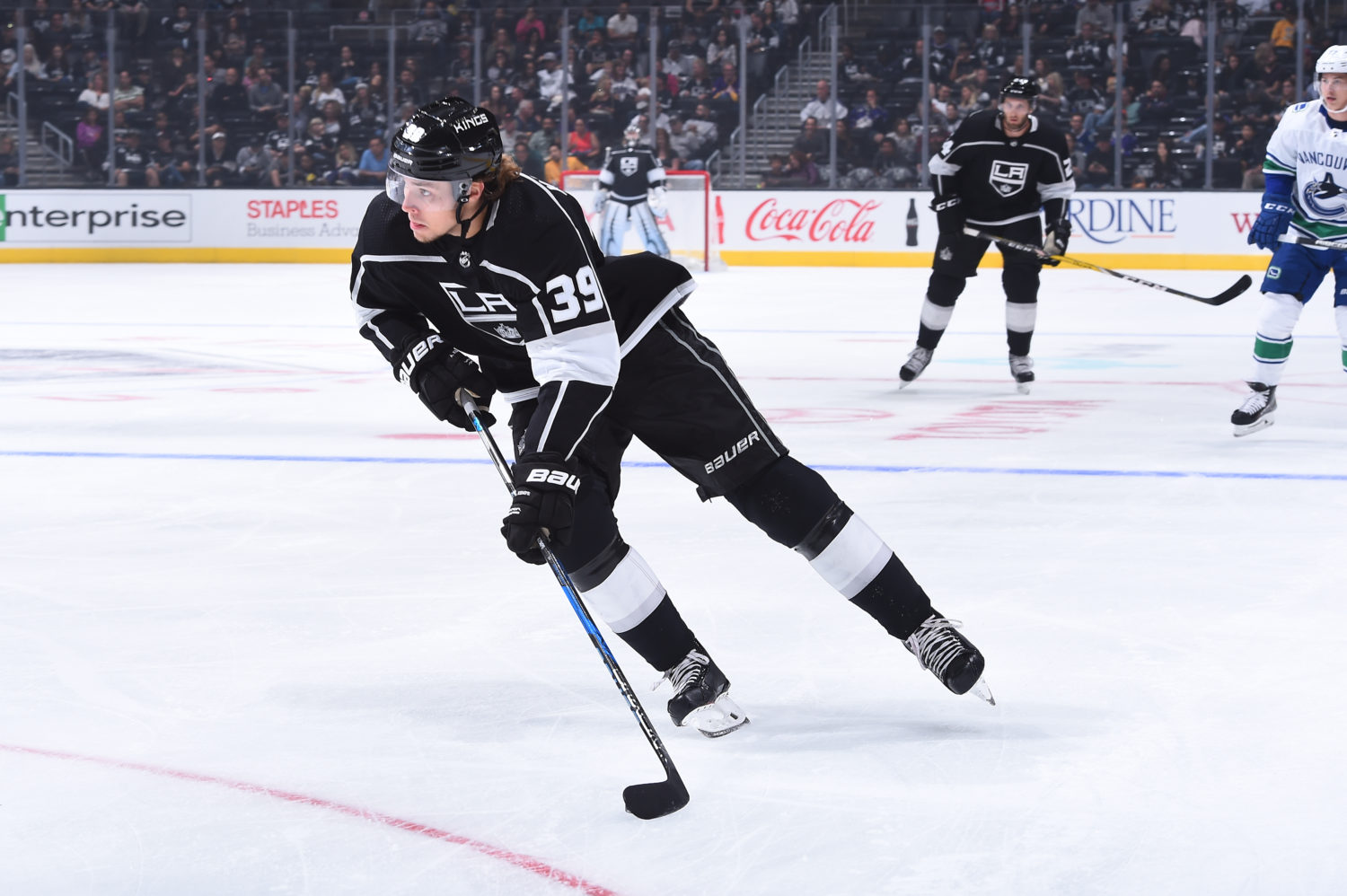 John Stevens, on whether line combinations have essentially been set:
I don’t know if we’d say ‘we’re set.’ I mean, the lines that’ve been set pretty much have been the Shore line and the Carter line. Kopi and Brownie have been good together. We had Cammy there for a while. We tried Brodzinski for a little bit. It was difficult in the one game because there were so many penalties. You really didn’t get a whole lot of looks at the line because there was so much special teams. But I think throughout the year a lot of times you’re going to see pairs that work well on a line, maybe two guys that work well together, and depending on how things are going or what the situation is or possibly with the match-up, you might see a third guy on a line move around. So, I don’t think at this point we’re set on anything.

On Jonny Brodzinski’s opportunity on the top line:
I mean, I’ll say this: I really like Kopi and Brownie together. I really like where Brownie’s game’s at right now, and I think the two of them have played well together. They’ve really looked good in practice. Brodzinski has a skill set that can complement those players. He’s got quickness, he’s got a really quick release, he’s a competitive guy along the wall and he ends up in the right spots where the puck seems to find him in scoring areas. It’s something we just wanted to look at. Just the fact that he’s a young player, to me that doesn’t mean he shouldn’t at least get a look there, but he’s certainly got to show that he can be real responsible, because if he’s going to play with Kopi, even a little bit, he’s going to have to play against top guys. There’s a responsibility that goes along with that, but I don’t see any reason why he couldn’t have success there. Again, that’s not anything that’s locked in stone but it’s something we’d like to have a look at.

On what he’s seen from Adrian Kempe in training camp:
A lot of minors, number one. The thing we’ve got to be careful with with him, we went back and looked at those penalties just to try to get a handle on what’s being called. The thing that we like is that he’s in a lot of puck battles, so it’s led to some of those penalties, but he’s certainly got to clean some of his game up. We like a lot of the stuff he does with the puck in terms of carrying speed in the middle of the ice. He can really attack with speed, he can check with speed, so there are things in his game that we like. I still think he can do a better job of staying on the right side of the puck. I think he gets a little loopy in his game at times, but again, I think that center position is fairly new to him. I think he’s done a good job of trying to gain the concept out of what’s expected out of him there, but there’s still some work to do. [Reporter: How has his game come along since last season? Over that time to now, how would you characterize that, if you can?] We had him up last year and we liked some of the things he’s able to do. I mean, we certainly like his skill set and the speed he brings to your lineup. We think he can be a responsible player and we think he has the ability to play wing and center. We’d still like to see his defensive game continue to improve. It’s not that he can’t do it, we just want to see it at a more consistent level. But he’s certainly shown – we weren’t sure if he could play in the league last year – and now he’s shown that he can. We just want to now see that he can be a consistent performer in the league.

On indications that Dustin Brown is on his game:
I think there’s a lot of things. He feels good physically, he came in ready to go, he’s skating really well, he’s got more of a north-south attitude in his game where he’s really challenging teams with his speed, he’s getting in on the forecheck. He’s good in all situations. He’s good on the power play, he’s creating some good looks offensively for us. He’s in and around the net a lot, and I think that’s the game that we’re hoping to see from Brownie. He’s a big power forward that does a lot of damage when he’s around the net and creates space for the people he’s playing with, and we’re seeing a lot of that in his game right now.

On whether the current group will largely appear in the final two preseason games:
Well, the numbers are getting down for everybody, us included. We really felt it was important to manage the time getting back from China. It was a real credit to those guys that went and played last night that traveled. I thought they sucked it up, those four guys, and did a really good job for us. Not easy, but they were feeling good, and I think it was good to get them in another game. I think it’s important to get the guys that have been here and not only evaluate players but get their games ready. With only two games left, I think you’ll see across the league a lot of regulars in the lineup, and that’ll be no different for us.