As first reported by Lisa Dillman of NHL.com, Jordan Nolan was claimed on waivers by the Buffalo Sabres. Nolan, selected in the seventh round in 2009, finished his Los Angeles career with 292 games played, 20 goals, 42 points and 264 penalty minutes.

A player who clearly defined his role late in the 2011-12 season and adhered strongly to that role during the 2012 Stanley Cup run, Nolan was a major factor in the Kings’ first Stanley Cup Final goal in 19 years when he inserted himself on the forecheck, drilled Andy Greene to create a turnover, and fed Colin Fraser for a first period goal on Martin Brodeur in Game 1 against New Jersey. That resulted in this:

Having etched out a rugged role, Nolan was at his most effective when he was playing a physical, north-south game. Here, he trucks Peter Harrold in one of the biggest hits by a King this decade:

A character community figure who spoke out on social issues, including those related to First Nations causes, Nolan got caught up in a numbers game as younger players who had shown promise and ascended through Los Angeles’ system also stated their case in their preseason and regular season Kings exposure. There was always an element of skill and some speed that meshed with rugged play that allowed Nolan to serve an important role. There were minor blips, though, and Darryl Sutter harshly and brusquely questioned Nolan’s commitment when he did not participate in a practice late in the 2016-17 season while battling through several nagging ailments.

But that’s not what Nolan will be remembered for. He’ll be remembered as a good teammate and one of 16 Kings to have their name engraved twice on the Stanley Cup as a member of the club. Of those 16, only Dustin Brown, Jeff Carter, Kyle Clifford, Drew Doughty, Anze Kopitar, Trevor Lewis, Alec Martinez and Jonathan Quick remain on Los Angeles’ roster.

“It’s going to be a little weird,” Drew Doughty said. “I’ve known Jordy for a long time. We’re the same age, so we played as youngsters against each other. He played six or seven years here, and I’ve had eight or nine, so we’ve basically played our whole careers together so far. He lives on my street, too. We drive to games together, so I was probably one of the guys that talked to him the most. It’s going to be weird without him. In those Cup runs, he was a fourth line, third line guy, but I remember him coming up with some big goals.”

In joining Buffalo, Nolan, a Garden River, Ont. native, will play close to his home town and under the direction of Sabres Associate Coach Davis Payne, an assistant under Darryl Sutter from 2012-17, and Chris Hajt, an assistant under Mike Stothers in Ontario from 2014-17.

Nolan has one year remaining on a contract that carries a $950,000 cap hit. 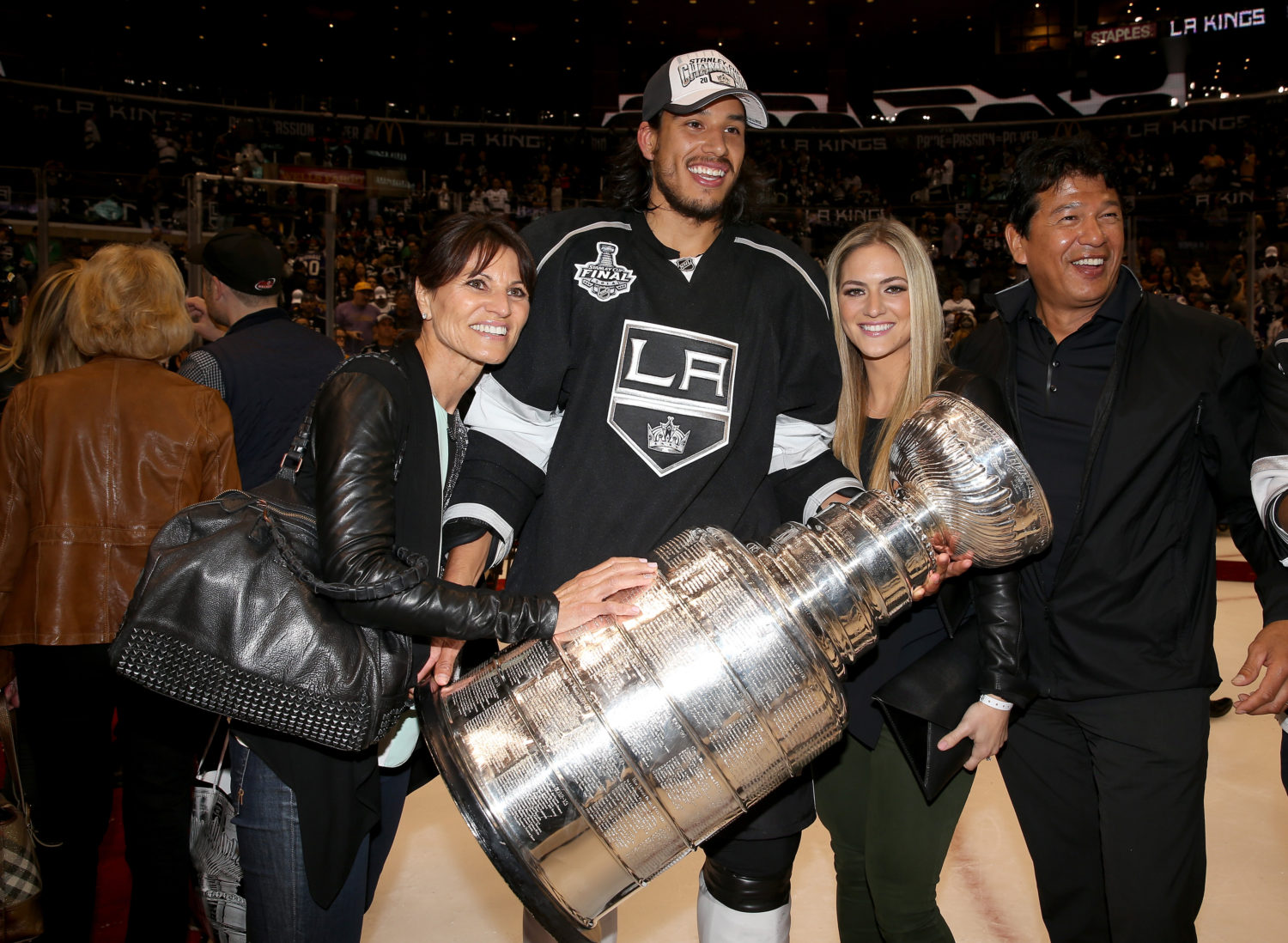 MORE WAIVERS. Jeff Zatkoff was not claimed on waivers, and it still remains to be determined where his 2017-18 destination is. More on that subject can be found here and here.

Earlier today, Michael Mersch and Andrew Crescenzi were placed on waivers. Mersch, 24, was a roster bubble player who totaled 16 goals and 33 points in 48 games with Ontario last year during a season in which he battled back from a significant knee injury. Skating has continued to be a knock on the 2011 fourth round pick, and while there’s no questioning his character or commitment – go back and read prior odes spoken about him by Mike Stothers – he simply hasn’t yet been able to improve his mobility great enough to lock down a full time roster spot. He has one goal and three points in 17 NHL games, all recorded during the 2015-16 season.

Crescenzi is another character, intelligent forward with excellent hockey IQ but was not expected to contend for a roster spot. Acquired from Toronto in exchange for Brandon Kozun midway through the 2013-14 season, Crescenzi was qualified in June and signed to a one-year, $650,000 contract in July after a season in which he totaled seven goals and 15 points in 56 games. A checking center who has also played on the wing during training camp, Crescenzi is strong on faceoffs and also cleared waivers with Los Angeles in 2015 and 2016.

Los Angeles is expected to announce significant cuts this afternoon. Including goalies, 28 players were on the ice for Wednesday’s 10:00 a.m. practice.