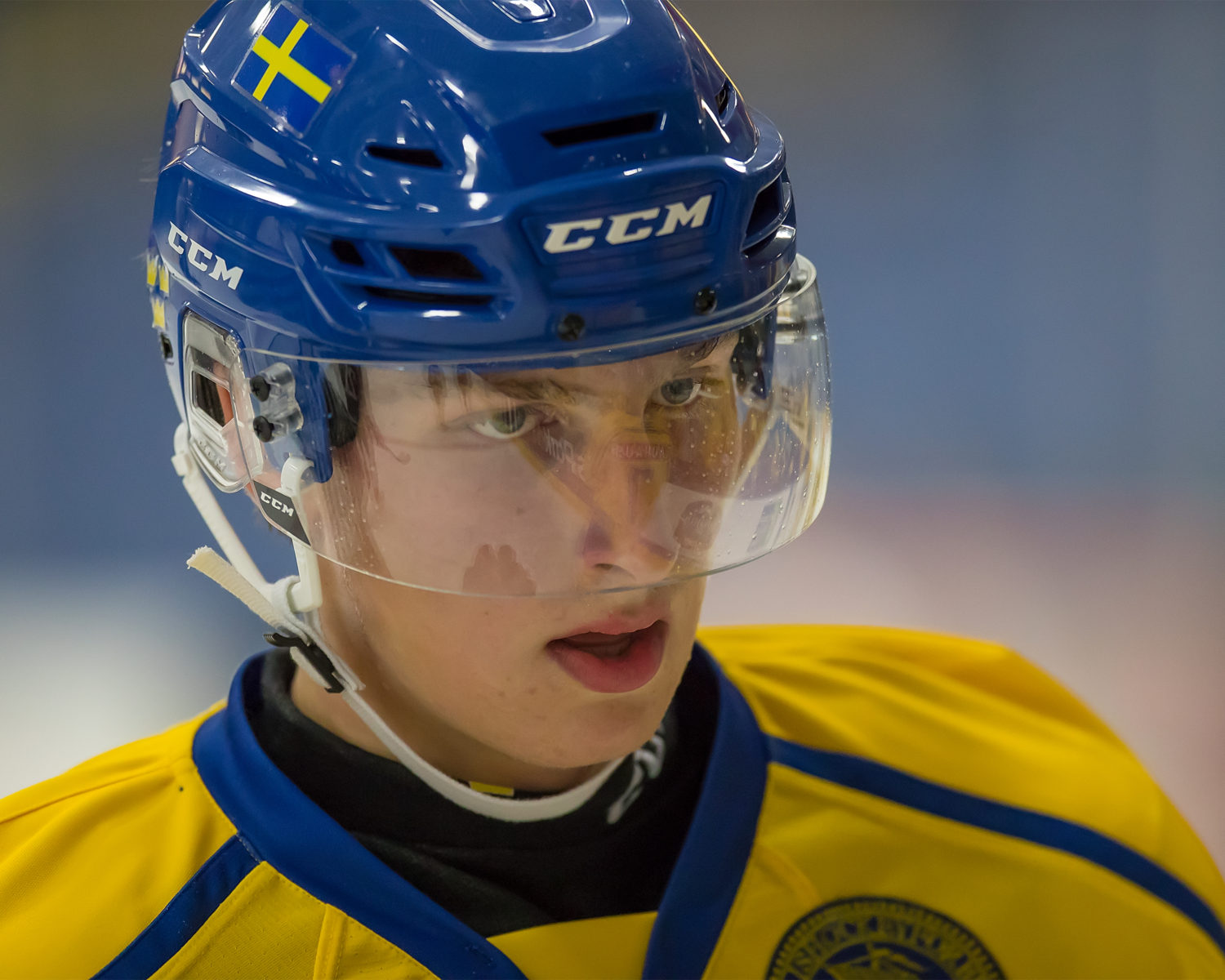 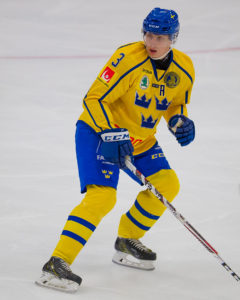 Sweden’s World Junior Championship selection camp is still three months away, but there’s a good chance that 19-year-old Jacob Moverare, the last defenseman cut by Tre Kronor last season, will skate alongside uber-prospect Rasmus Dahlin, who is projected to be among the top picks at the 2018 NHL Draft.

The two skated together for Sweden’s World Junior Summer Showcase team over the summer and are diametrically different players. Dahlin is a dynamic two-way puck-mover capable of joining the rush and making high-skill plays by relying on terrific skating, while Moverare is a more cerebral and positionally sound player with a high hockey IQ who has used his smarts and ability to simplify each play to make up for his lack of footspeed. A fourth round Kings pick in 2016, Moverare has drawn praise for his ability to read every situation and survey the ice well.

He’s a player whose skill set is illuminated in greater detail in games rather than in practices. Making the jump to major junior hockey after four seasons with Skellefteå AIK and HV71’s junior teams in Sweden, that was exactly the case. Like the Steelheads as a whole, his season in Mississauga improved as the year progressed. He ultimately finished with two goals and 32 points in 63 games for a team that lost in the OHL Championship to Erie.

Interestingly, that ability to calmly address the ice is partially rooted in a very modern approach.

“I feel like if you watch a lot of hockey and play NHL on Playstation, I feel like you understand the game a lot. You learn a lot,” he said. “I think that helps – I played a lot of Playstation when I was younger.”

He’s not quite old enough to remember using Eric Lindros to tee up slapshots on breakaways for easy goals in NHL 98, but he did frequently play as a team whose identity he admired.

“I used to play a little bit with L.A. because I liked their playing style, but I also liked Ovechkin when I was younger just because he scored a lot of goals,” he said. Doughty, Kopitar and Carter were among the players he admired both in the game and in watching from afar.

The Kings’ balanced and defense-first identity of the last several years is somewhat similar to what Moverare will look to provide for Sweden when he gets the opportunity to step back onto the national stage. His potential partnership with Dahlen – which is still a ways off and will have to withstand the evaluation of training camp – could combine solid, defensive smarts with Dahlen’s highly skilled package.

“It’s probably more of a defensive game, because they’ve got a lot of good offensive guys – Brannstrom, Dahlin, Lillegren – so it’s more like a defensive game,” Moverare said of what he’s looking to exhibit while with Sweden. “Show them they can trust me in PK and stuff like that is what I want to show when I get to camp.” 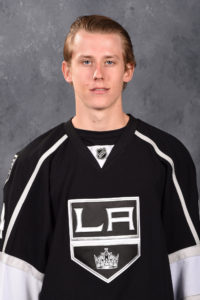 Forward Matt Luff, who turned 20 years old in May, is an interesting Kings prospect whose destination for 2017-18 is not yet set in stone.

Players drafted or signed out of major junior hockey aren’t eligible to play professionally full-time until the conclusion of their 19-year-old major junior season, and all CHL teams are allotted three spots for 20-year-olds. It was always expected that Luff, who is coming off a 45-game, 25-goal season for the OHL’s Hamilton Bulldogs, would be returned to Hamilton for his overage season.

But Austin Wagner, who had been ticketed for AHL-Ontario, suffered a significant shoulder injury during the WHL playoffs that necessitated off-season surgery, so there’s a potential spot that has opened up with the Reign.

That spot won’t necessarily be filled by a player betrothed to the Kings; it could be used on a player from rookie or training camp who has impressed and could be signed to an AHL contract. Either way, it’s not keeping Luff up at night in a cold sweat.

“No, I think whatever happens happens for the right reason,” he said. “Of course I want to play at the highest level possible this year, and whether it’s Ontario, Hamilton or wherever I end up, I want to go there and make a statement and show that I’m ready to make the jump to the next level. It’s not really on my mind right now. It’s just I want to prove that I can play in the NHL.”

He showed that there’s a bright future ahead of him in the pro game with a strong appearance at development camp, and as a player who can skate well, forecheck and shoot the puck, his skills appear to align with what the Kings are looking to cultivate.

“I think I’ve made major strides [since signing with Los Angeles],” Luff said. “The development team comes out and watches you and they give you a lot of feedback – good and bad. I think I used that to my advantage a lot this year. They’re always easy to talk to, so if you’ve got a question, just text or call ‘em and they’ll respond in a couple minutes. But I think I made a lot of strides, especially in my skating and my defensive play. I’m still trying to work on a couple thing in the defensive zone, like keeping two hands on my stick when I’m in a battle. But overall I think it’s improved a lot and I’m pretty happy right now.”

His skill set isn’t too different from that of Tanner Pearson, though there are still a number of areas in which Luff can continue to add detail to his game, just as Pearson did so successfully in his earliest years under Los Angeles’ watch. It’s not the easiest comparison, because Pearson is coming off a 24-goal NHL season, and Luff, who recorded an assist in two games with Ontario at the end of the season, hasn’t yet fully graduated to the professional game.

“We actually share the same agent, and you can talk to your agent about him and sometimes talk to him personally,” Luff said. “But he does a lot of the little things right, and that’s why he’s doing so well up here. Just watching him and taking what you see in his game and trying to apply it to yours is huge. You learn a lot just by watching him, so I think it’s good to have a comparable like him, especially with him in the organization, and being able to talk to him is unreal.”

The most immediate focus will be transferring what he has learned in his various camps with Los Angeles this offseason and continue to apply it to his game to boost his consistency. There are big years ahead for the 6-foot-2, 192-pound native of Oakville, a suburb to the southwest of Toronto.

“They’ve got so much knowledge of what you’ve got to do to become a pro,” Luff said of the Kings. “They have high expectations, and that just makes you want to train that much harder and become that much better of a player, because this is the best organization. You get treated like a pro no matter who you are, and since I’ve been here, it’s been the best time.” 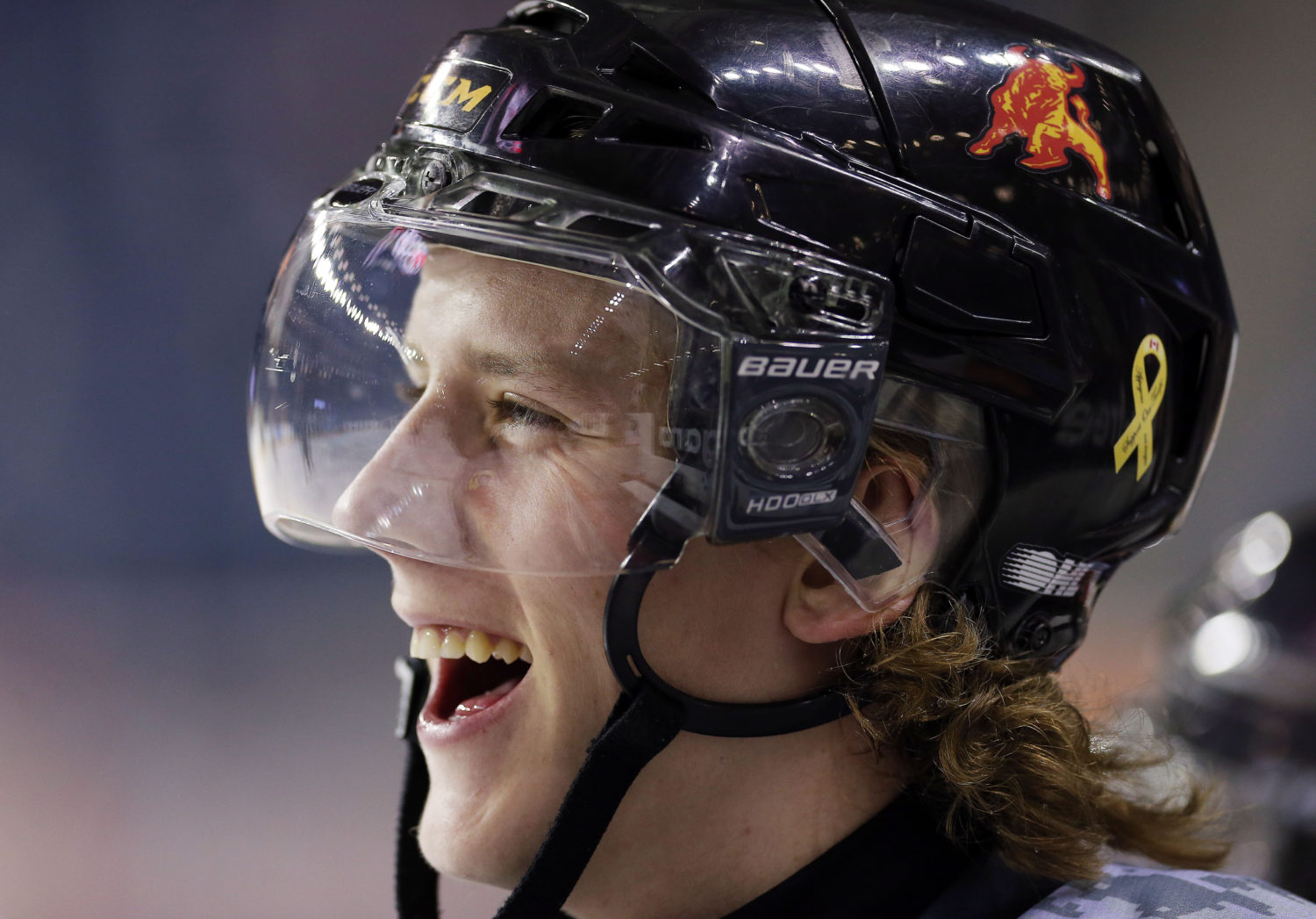