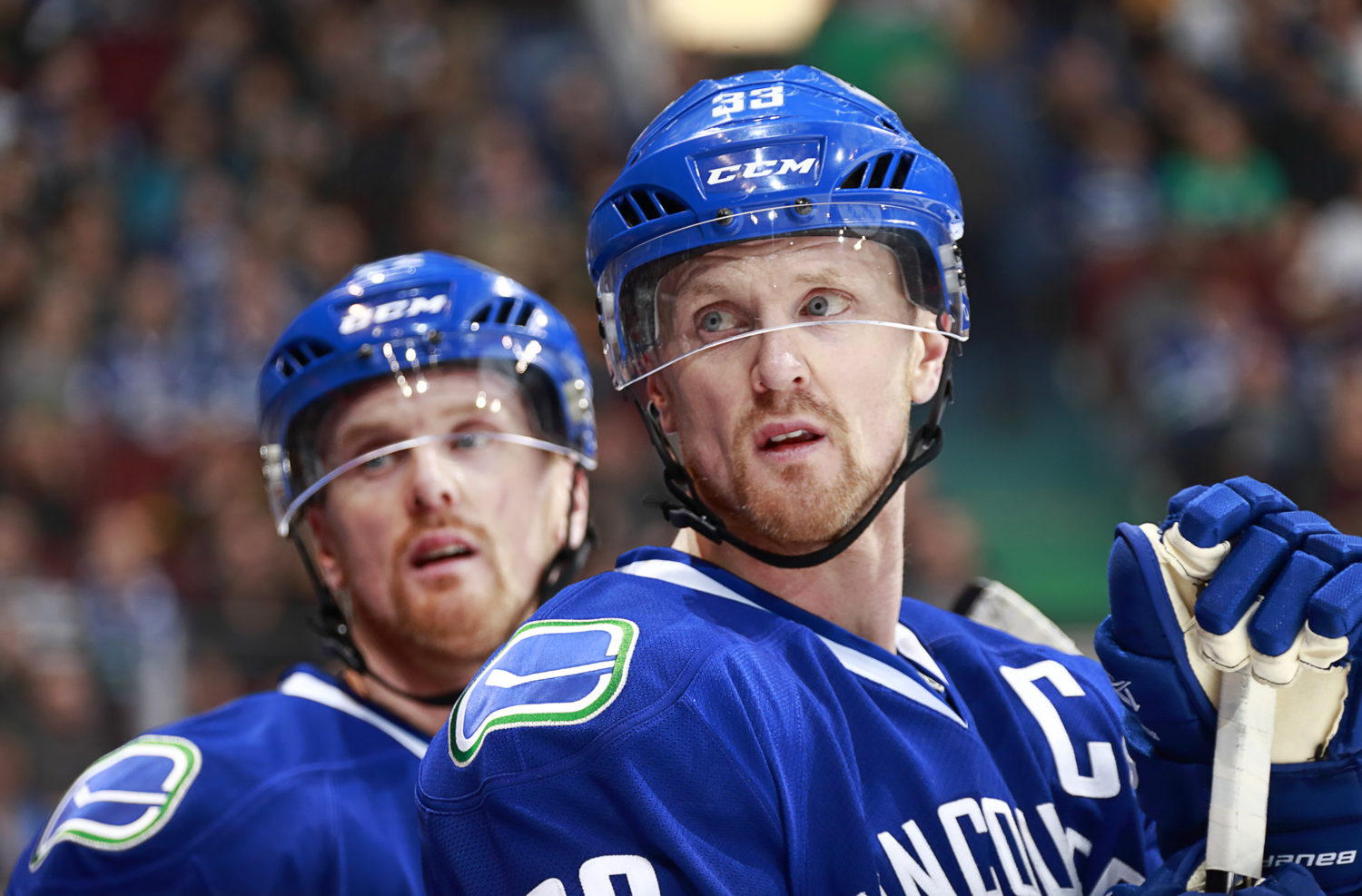 Not exactly a secret: the Canucks are undergoing a major rebuild. With the dismissal of Willie Desjardins, Vancouver will turn to former Utica Comets coach Travis Green, who was long been on the short list of NHL-capable coaches. While it’s too early to get a good sense of the systems and expectations of those wearing the Orca, he enters his new position already acutely familiar with the organization and many of the players he’ll be tasked to get a lot out of.

The Canucks’ off-season approach isn’t too far off from the Kings’ approach in the 2007 offseason, when a rebuilding club opted to complement an emerging group of talented younger players with veterans in Tom Preissing, Kyle Calder, Michal Handzus and Ladislav Nagy. Los Angeles was a *very bad* team in 2007-08, and those signings did not provide any sort of short-term impact, but the veteran infusion incubated the young talent well, and especially with Handzus, provided a model steadiness.

Similarly, Vancouver, which has turned a corner in rebuilding its prospect pool, will turn to the new veterans to provide an important presence that goes beyond the individual numbers they’ll provide.

“I said all along we need to try to develop our good young players in a competitive environment so they learn how to do things the right way that lead to winning,” general manager Jim Benning said, as reported by NHL.com.

And there are a number of intriguing young players. Not all are NHL ready; Elias Pettersson, selected fifth overall at the NHL Draft, is ultra-skilled but still needs to fill out before he competes for a roster spot. He’ll spend the season in the SHL. Highly skilled center Jonathan Dahlén, impressively pried from Ottawa in the Alexandre Burrows trade, appears bound for Utica but should make an NHL impact in the not-too-far future. Well balanced 6-foot-3 defenseman Olli Juolevi, selected fifth overall in 2016 out of OHL-Windsor, is still probably a year away but with an impressive camp could open the year with the club. San Diego native Thatcher Demko is among the top goaltending prospects in hockey and will return to the AHL. Nikolay Goldobin, a former San Jose first round pick, showed impressive speed in burying a breakaway chance at Staples Center last spring. It will be an important season for power forward Jake Virtanen, a first round draft pick from 2014 and former first overall WHL draft pick who remains young but is yet to make an impact scoring-wise at the professional level.

As for the present, there may still be questions about scoring depth and regularity a year after the team ranked 29th in the league in goals for. The additions of Thomas Vanek and Sam Gagner should help, but the ceiling will be raised once Brock Boeser makes an impact with the club, and that shouldn’t take particularly long. It’s eyebrow-raising but possible that he could start the season in the AHL, but Boeser, a 2015 first rounder who scored four times in nine games after joining Vancouver following two seasons at the University of North Dakota, is a natural goal scorer who accounted for 85 goals in 148 games between the NHL, NCAA and USHL levels. 22-year-old center Bo Horvat, a 2016-17 mid-season all-star, signed a lucrative six-year, $33-million contract that was announced earlier today. He led the club with 52 points and won more than half of his faceoffs as a

Kings fans will get familiar with the Canucks throughout the preseason as the two teams will meet for an exhibition opener in eight days before flying across the Pacific for a pair of games as part of the 2017 NHL China Games. Vancouver is expected to bring a veteran squad for that trip, and for more news on what Los Angeles’ Pacific Northwest rivals may look like this season and beyond, we brought in Joey Kenward, the Canucks’ radio host on Sportsnet 650.