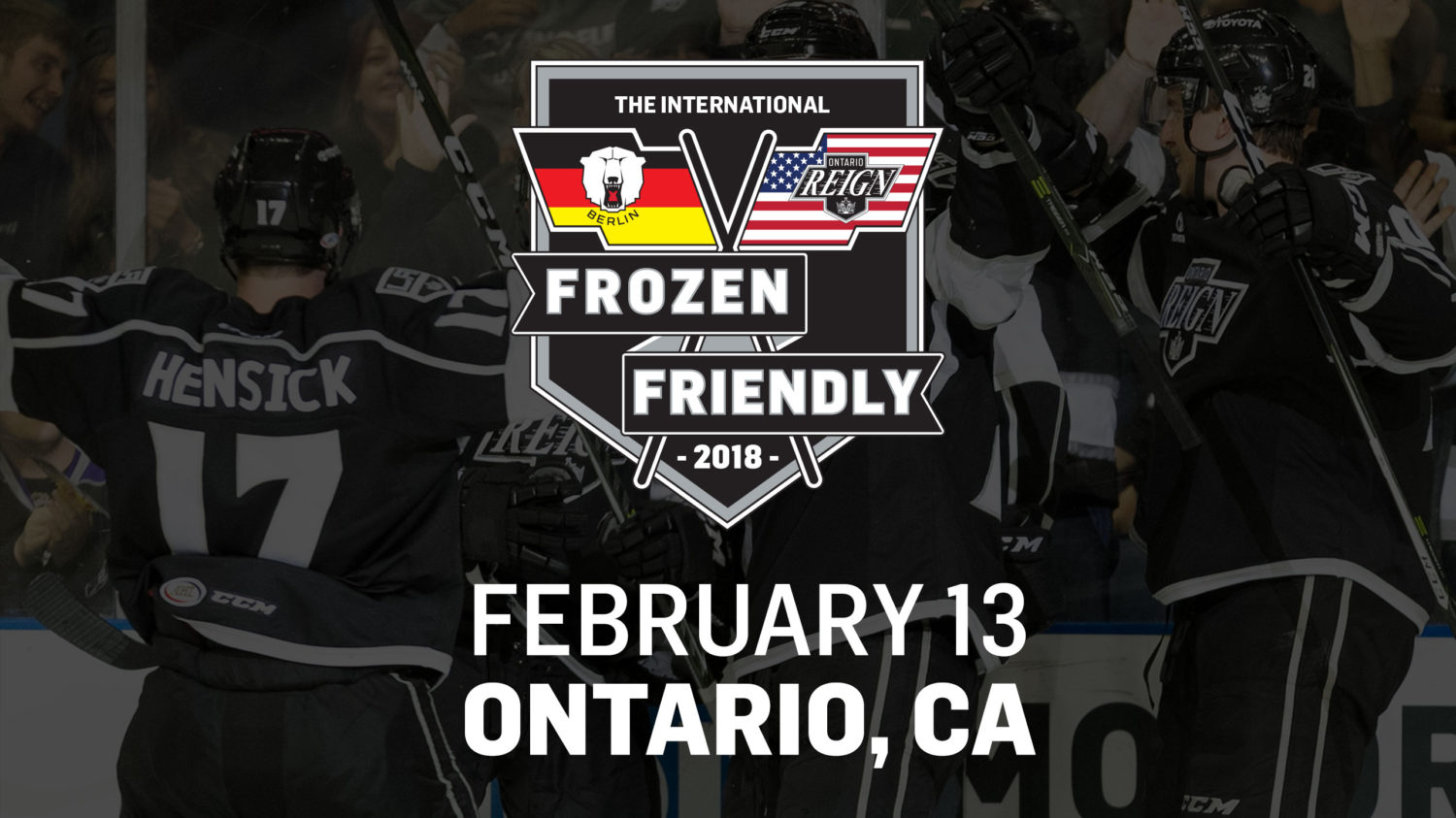 “This is indeed a historical event that we are very proud to help host,” LA Kings President Luc Robitaille said. “It will be a great experience for our fans here in Southern California to be a part of something so unique. We look forward to welcoming the players and staff of our Berlin club here to Southern California while presenting a quality, competitive game for everyone involved.”

The contest marks the first time the two AEG Sports franchises will come together in friendly competition, and the first time an AHL team has faced and international squad since 2014 when the Toronto Marlies hosted Färjestad BK of the Swedish Elite League.

“We are continually looking for ways in which our three hockey clubs can work together and this is a great example of that synergy,” said Kings Chief Operating Officer Kelly Cheeseman. “Eisbären Berlin are the flagship in German club hockey and with the Kings and Reign we are continuously working on improving and growing that brand.”

Established in 1954, Eisbären Berlin is the premier club in the DEL, winning a league-record seven titles including a stretch of five championships over six seasons (2007-2013). Currently led by Stanley Cup Champion (1996) and Calder Cup Champion (1987) Uwe Krupp behind the bench, the Eisbären have reached the postseason in each of the last 16 seasons.

“We’re very excited about the invitation from the Ontario Reign and the LA Kings organization,” added Eisbären Managing Director Peter John Lee. “The Eisbären have always tried to play top European teams outside of our normal league schedule in order to challenge ourselves to be the best in Europe. Playing a top team from the AHL takes this challenge to another level. For our fans, partners and the Eisbären organization in collaboration with our partners in LA, this is a truly unique event.”

Lee has served as General Manager of the Eisbären since 2002 after three years behind their bench as Head Coach. Over a 19-year professional playing career in North America and Europe, during which he was selected in the first round (12th overall) of the 1976 NHL Entry Draft by the Montreal Canadiens, Lee skated in 431 NHL games and 113 AHL contests and helped capture the 1977 Calder Cup championship.

The Reign are celebrating their 10th Anniversary season in in Ontario this season. Join the Reign opening weekend on October 20-21 as they take on the Bakersfield Condors at Citizens Business Bank Arena.