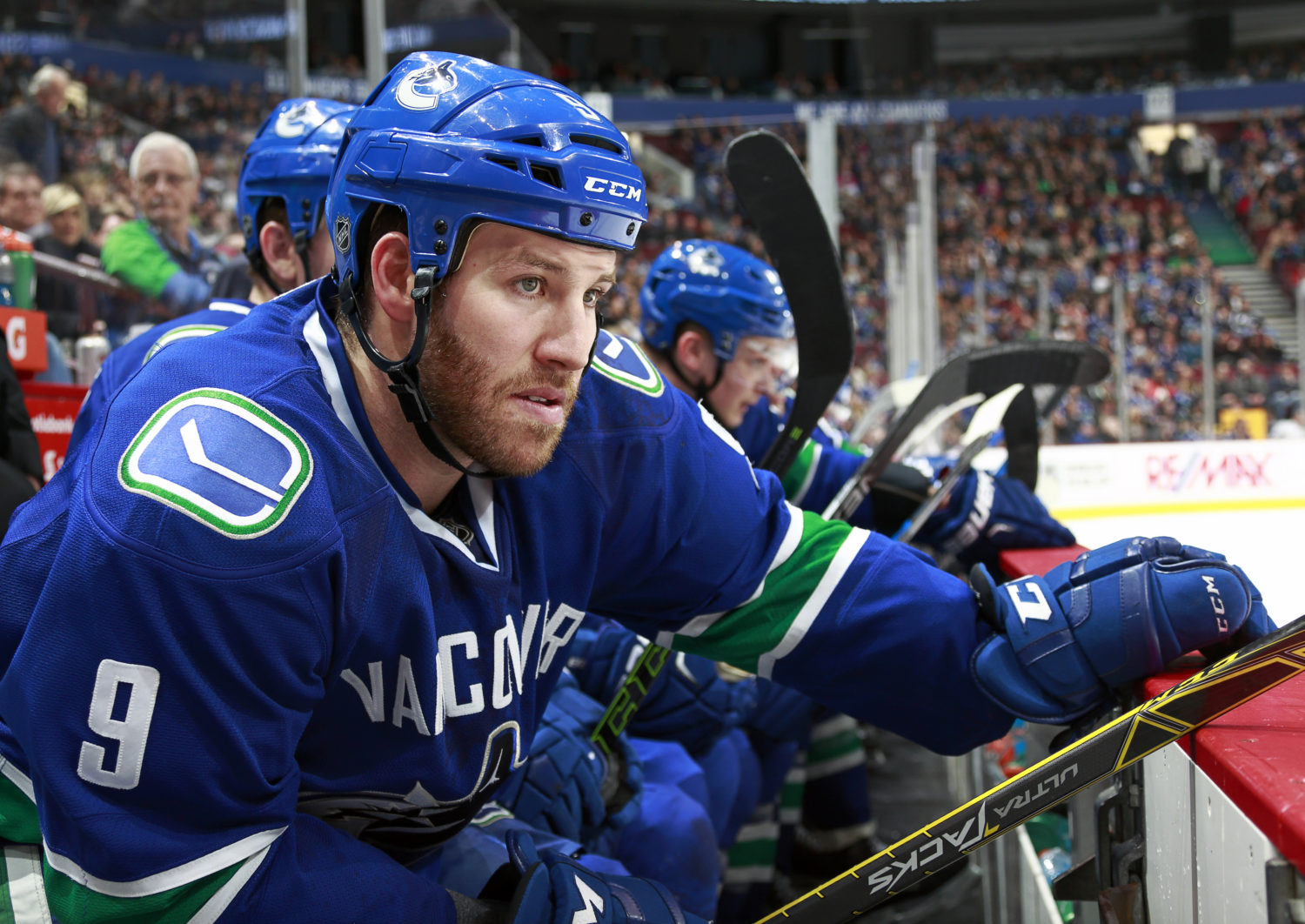 Veteran forward Brandon Prust will attend training camp on a PTO with the Kings, it was confirmed to LA Kings Insider on Friday. Prust, who totaled three goals and eight points in 29 games last season with the Nuremberg-based Thomas Sabo Ice Tigers of the DEL, is a veteran of 486 NHL games with Calgary, Phoenix, the New York Rangers, Montreal and Vancouver. In 2015-16, his last season in North America, he split time between the Vancouver and their AHL affiliate in Utica, totaling one goal, seven points and 59 penalty minutes with the Canucks and one goal and seven points and five penalty minutes in nine games with the Comets. In 486 career NHL games, he has 40 goals, 115 points and 1,036 penalty minutes.

Working on the silky mitts #notsosilky but @snipeacademy is helping me get ready for LA Kings camp! @dewyd8 gonna be pissed when I take his # this year

Prust attended training camp with Toronto last season and reacquainted himself with a ready, willing and familiar combatant.

According to HockeyFights.com, Prust has been credited with 295 fights in preseason, regular season, postseason, Ontario Hockey League and Memorial Cup action, dating back to 2002-03. It sounded like there were encouraging reports on his performance in his preseason with the Maple Leafs last season, when he totaled two assists, a plus-four rating and 10 penalty minutes in three games while attending training camp on a PTO. But no offer materialized, and after continuing to skate at Toronto’s practice facility ultimately made the decision to sign in the DEL, where his game peaked with an 11-game postseason performance that included two goals, six points and, yes, 51 penalty minutes.

There are interesting reports on his attempt to reclaim a spot in the NHL as penned by Luke Fox of Sportsnet in June, and other stories (via The Hockey News and the Toronto Sun) that provided context on his tryout. He has spent time working on his skating with former Olympian, World Champion and World Figure Skating Hall of Famer Barb Underhill, as THN reported.

“I’ve always worked hard in the summers and went to camp in really good shape. Always trying to turn heads.”

As borderline NHLers like Cory Conacher have noted, the introduction of a 31st franchise will expand the job market for players.

Work hard enough, get a little lucky, and there’s opportunity to extend a career that — in the teasing words of Prust’s better half, Maripier Morin — appears to be going downhill.

Also worth noting: 2016-17 marked the first time in four NHL seasons that the frequency of fights (0.3 per game) went up. That’s good news for a scrapper like Prust.

“There’s teams that realize they need guys like me around still,” Prust said.

“If that doesn’t work out, I’ll go back to Europe.”

Prust set career-highs with 13 goals, 16 assists and 29 points in 2010-11, but such a level of scoring isn’t associated with his current skill set as a 33-year-old enforcer with nearly 500 games under his belt. Instead, Prust, who received Selke votes in 2011 and 2013, will likely look to adhere to a rugged role as a character, veteran presence capable of providing minutes in situations in which he would best be able to use his competitiveness, physicality and pugilism to the team’s benefit. There are already several other more entrenched players capable of slotting in Los Angeles’ third and fourth lines who carry similar attributes – Kyle Clifford, Jordan Nolan and Andy Andreoff are among them – and are already signed to contracts. But Prust will provide added competition for those roles, and with split-squad games accounting for a significant part of the early preseason schedule, will have ample opportunity to state his case.

Anecdotally, in his career, Prust has fought Andreoff, Nolan, Clifford, Brayden McNabb, Sean O’Donnell and Matt Greene, according to HockeyFights.com. 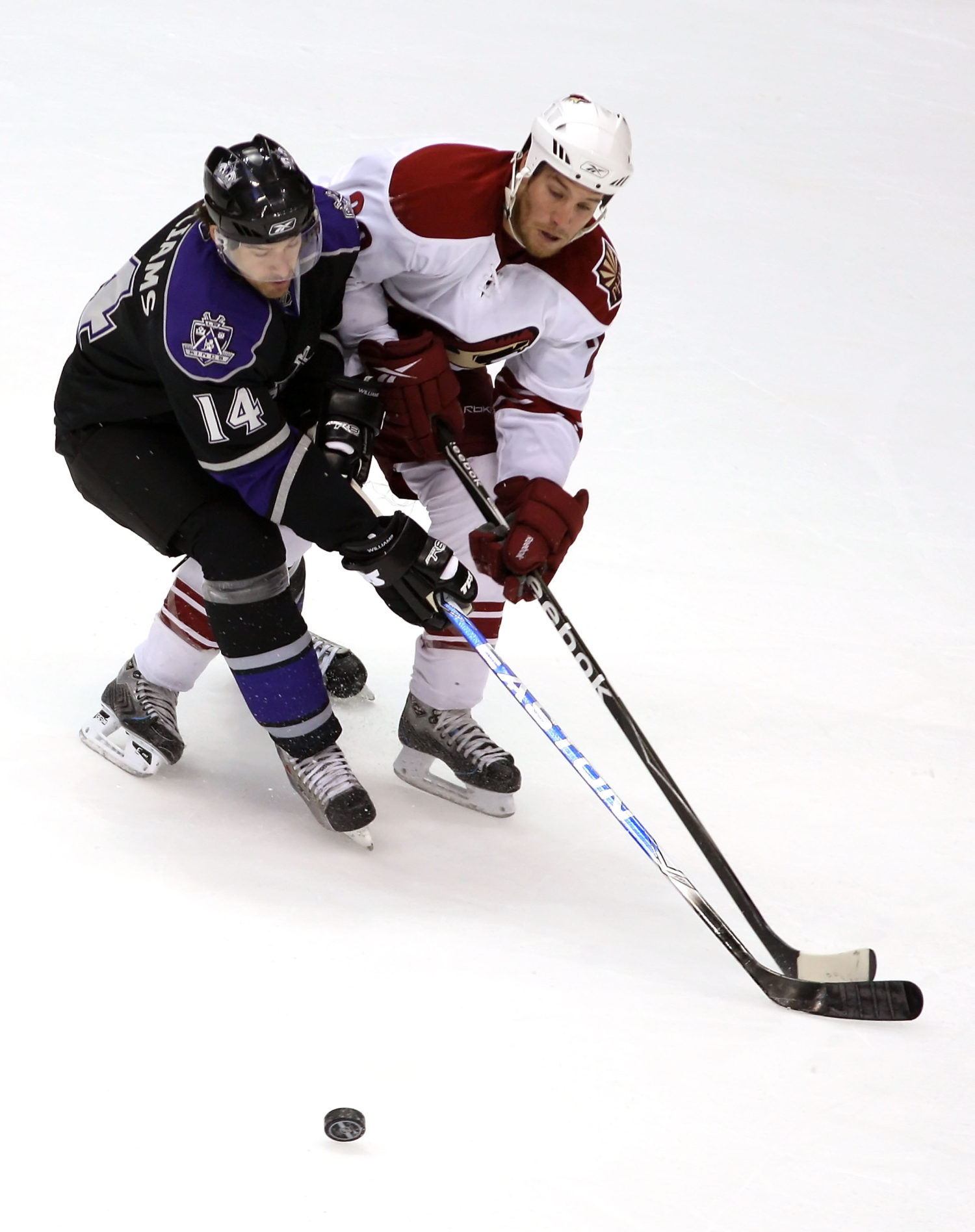