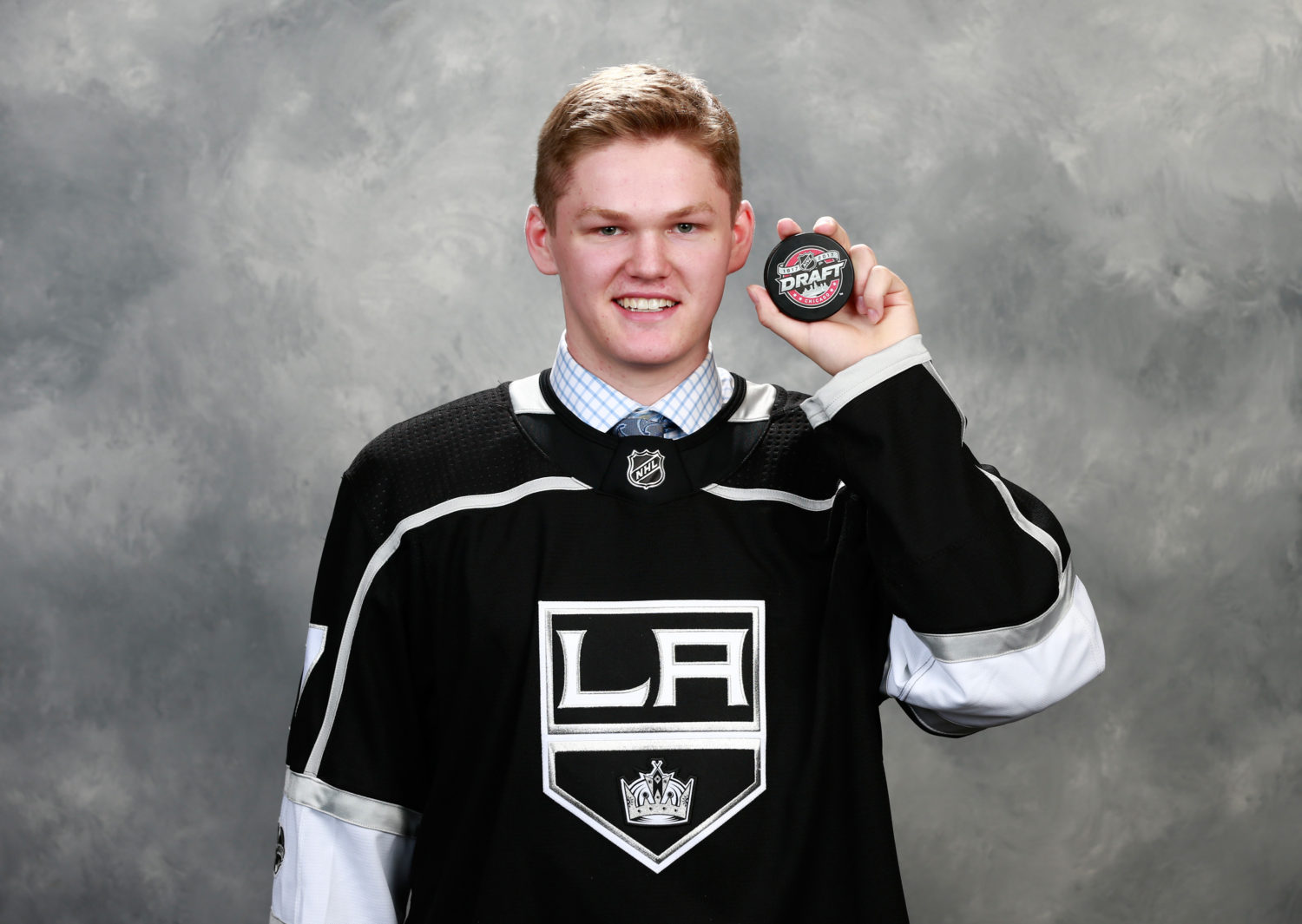 A GOOD FRIDAY AFTERNOON TO YOU, INSIDERS. Adam Kimelman of NHL.com joined LA Kings Insider this morning to share an update from the World Junior Summer Showcase, a round robin of exhibitions featuring the national junior teams of Finland and Sweden and split-squad United States and Canada entries.

Gabriel Vilardi, who took part in an extended season that culminated in a Memorial Cup championship with the Windsor Spitfires, did not participate at the Kings’ development camp in late June. Similarly, he has been held out of action during the WJSS and has instead taken part in meetings and team activities with Canada.

Kale Clague is also taking part in the showcase, though our conversation gravitates towards Jacob Moverare, who should have an inside shot on a role with Sweden after being the last defenseman cut a season ago, and Mikey Anderson, who has impressed during the tournament to date. We also talk Rasmus Dahlin and other highly touted NHL prospects.

“Our personalities are different, but even though we play different positions, we play a similar game,” Joseph said. “We’re not flashy. He’s gritty, smart and deceptive and knows when to make the right play.”

Michael believes his older brother has the edge in speed but that he plays a more physical game.

“In some ways, we’re very comparable with our work ethic and compete level, but I’d say he’s a little faster,” Michael said. “I’d say my stick is just as good, if not better than his.”

Both players will suit up for Minnesota-Duluth this season, Joseph as a sophomore and Mikey as a freshman.

With a whopping 8 current OHL players, the @LAKings are today's '31 in 31.' Gabriel Vilardi headlines that group. https://t.co/ILMAGmMLGS