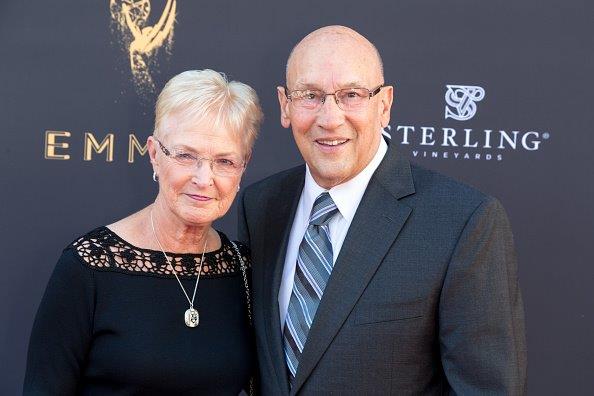 L.A. AREA EMMYS. Bob Miller was presented with the Governors Award during the L.A. Area Emmys Saturday night. The full ceremony is embedded below; for the beginning of Luc Robitaille’s introduction, jump to 1:09:40 on the YouTube player. It’s followed by a nice tribute video put together by Jack Wilson of FOX Sports West that shares testimonials from Vin Scully, Jim Hill and Fred Roggin and segues to Bob’s introduction at 1:15:55. His Jack Kent Cooke impression and the telling of a famous Rich Marotta story follows exactly two minutes after.

MORE FROM FOX. Meanwhile, FSW’s Kings Offseason Special airs this Wednesday after post-game Angels Live coverage. Pick up your tent stakes and head west on a cross-country road trip with new Kings television play by play broadcaster Alex Faust, and hear from top Kings draft picks Gabe Vilardi and Jaret Anderson-Dolan during their first trips to Los Angeles. (“During their first trips to El Segundo” doesn’t have the same ring.) A preview:

Did anything happen during the offseason for the @LAKings? Nah, not really — but we went ahead & did a show anyway! @alex_faust #NHL #GKG pic.twitter.com/32kVdMXt0D

MAX POWER. The Daily News’ list of the 50 most powerful figures in Southern California sports is always an interesting read, one that signifies the changing of the season as it relates to Los Angeles and Orange County sports space. Gone from the list are Dean Lombardi, and Scully, for starters, and entering the list are NFL owners and Olympic and e-sports figures. Philip Anschutz clocks in at #7, Dan Beckerman isn’t far behind at #14, and Luc rounds out Kings representation at #35. For the Orange County edition, Henry Samueli enters at #16, and hey, we see you, #41, Randy Carlyle. There’s also a list of the 50 most powerful athletes, with Drew Doughty and Anze Kopitar checking in at 19th and 24th.

ALUMNI. The Sutter family was inducted into the Alberta Hockey Hall of Fame over the weekend, and the release contains a great photo of Darryl and his family. More from Lacombe Online. There’s another good photo here. | From the National Post: How former NHLer Jim Paek is turning South Korea into a hockey country