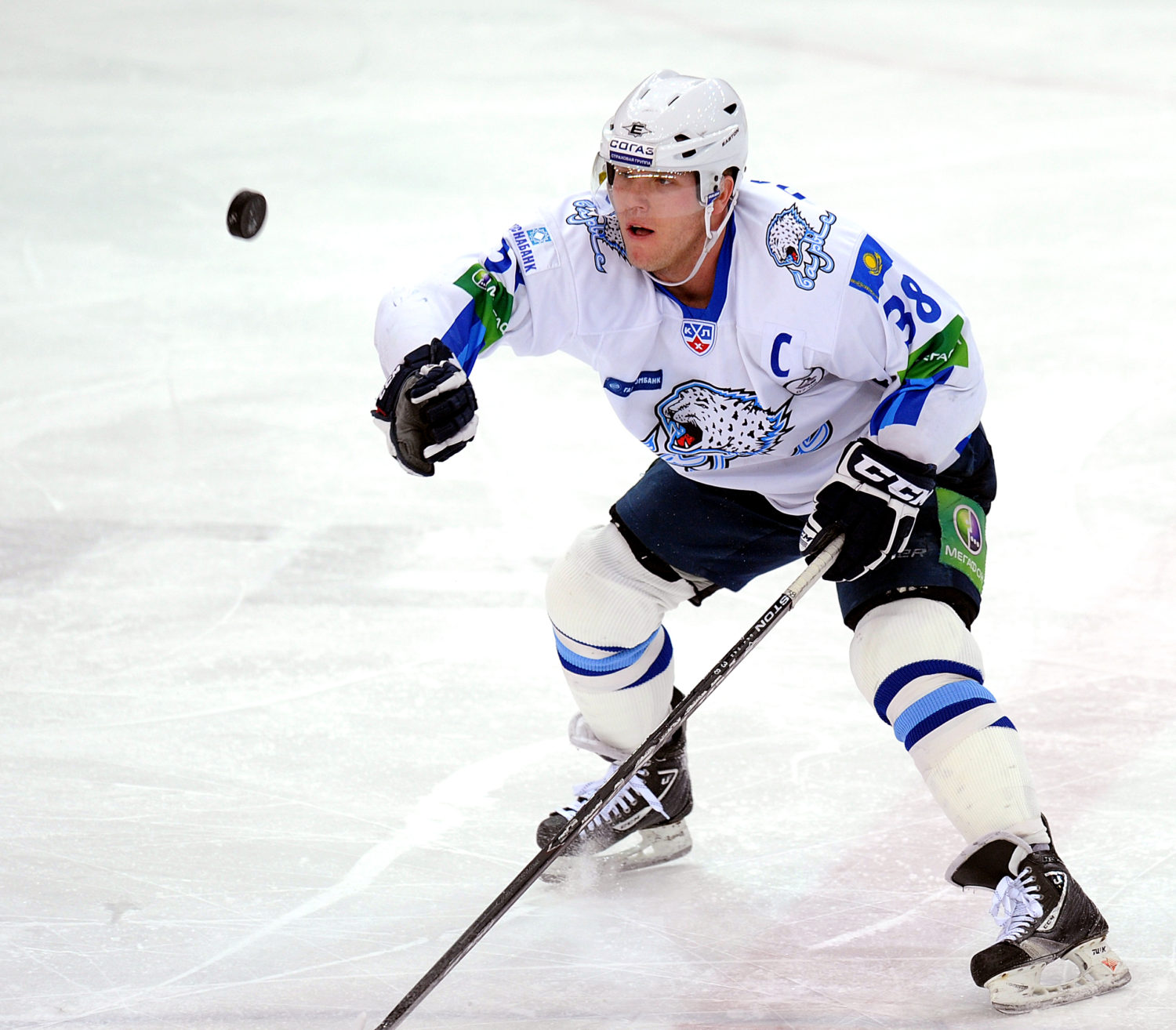 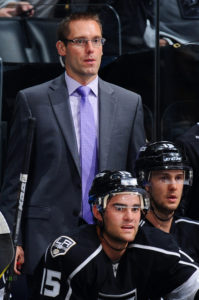 SUCH GREAT HAJTS. Stick taps and happy trails to Chris Hajt, who has joined Phil Housley’s staff in Buffalo as an assistant. This summer has strengthened Kings-Sabres ties. Though Terry Murray wasn’t retained when Tim Murray and Dan Bylsma were let go, Davis Payne was hired as the club’s Associate Coach under Housley, who also turned to Los Angeles’ top affiliate to continue to round out his staff. Hajt has worked under Ontario Head Coach Mike Stothers for the last three seasons, the first of which resulted in a Calder Cup title, since his hiring in July, 2014. Hajt’s father, Bill Hajt, was Housley’s defensive partner when during the early stages of the Hall of Famer’s career. This is great for Hajt, a promising young coach and Blue Jays fan who returns to a city he spent much of his childhood in and one that’s a much closer Rogers Centre commute than Claremont, California.

ESTEEMED ALUMNI. Speaking of former Kings moving into new digs, Justin Williams was reintroduced earlier today in Raleigh after having signed a two-year, $9-million contract with the team he won the 2006 Stanley Cup with on July 1.

.@JustinWilliams back in the @NHLCanes locker room for the first time since he was traded in 2009. Welcome back Willy. pic.twitter.com/egCp1bhgu3

More alumni news, with a KHL slant: Matt Frattin has signed with Red Star Kunlun, which plays out of LeSports Center in Beijing, the arena in which the Kings will play a preseason game against the Canucks on September 23. (I’m told an announcement by the NHL on tickets and travel packages is coming soon.) Linden Vey will play for Barys Astana, a Kazakh-based team that has a history of landing Western Canadians. Kevin Dallman (pictured above) has spent seven of the last nine seasons playing for Astana; he’s now a Kazakhstani citizen who also plays for the national team. He’s not quite an alum, but former Yalie and AHL MVP Brian O’Neill will spend another year with Jokerit, where Jari Kurri is the general manager. Brandon Kozun (also not an alum) will return to Lokomotiv, Ben Scrivens is moving to Salavat Yulaev Ufa after one season with Dynamo Minsk, and, of course, Damir Sharipzianov has been loaned to Nizhnekamsk, as reported earlier.

30 THOUGHTS. With executives, reporters and other figures soon beginning to set up shop in their lakeside cottages, we’re nearly at the point of the offseason where news and doings slow considerably. Elliotte Friedman filed his final 30 Thoughts column of the season, noting that when he returns in September that the column will become 31 thoughts to match Vegas’ NHL arrival as the league’s 31st club. There’s some interesting talk about the $10M contract threshold and Matt Duchene’s future before the Kings (and an ex King, who is also named King) feature prominently. It was noted that Dwight, who spoke with Friedman en route back to Saskatchewan, is targeting several aspects of his game to refine. “I’m just looking for an opportunity at this point,” he told Friedman. “I’m going to be on the ice more this year, doing a little more skills and skating. Any bit of improvement I can find.” It was noted that he’s in the process of finding a comfort level with several teachers, one of which I believed to be Dave Cruikshank, who worked privately with Brayden McNabb (who was referenced in the story) as well as the Kings. There were also excerpts of an exchange shared with John Stevens over Pierre Turgeon’s role and avenues in which the Kings will attempt to cultivate additional offense.

SPEAKING OF TURGEON. He joined NHL Network on Thursday:

KINGS CARE UPDATE. Several community notes to pass along: Blood and Pucks takes place at Children’s Hospital Los Angeles on Fridays from July 7 to August 18. Donate blood and platelets with the Kings, including Bailey and members of the LA Kings Ice Crew, who will be at the hospital from 10:00 a.m. to 2:00 p.m. on those Fridays, as well as Alec Martinez, who will make surprise visits on select Fridays. Interest has been high, so the hospital is no longer accepting walk-ins, but if you’d like to donate, please call the hospital directly at (323) 361-2441 to make an appointment. More information is available at lakings.com/bloodandpucks.

Also: Join Bailey and the LA Kings Ice Crew for one of 11 remaining Summer Library Visits. A schedule for the visits, where fans are encouraged to bring their kids for a reading of B is for Bailey, the Kings’ new children’s book, is available at lakings.com/storytime. It’s also not too late to save the date for the annual fundraiser benefiting the Hydrocephalus Association and hosted by Daryl Evans. This year’s event, which travels through Redondo Beach and Hermosa Beach, will be held on September 9 and has been expanded to include a 10K to the 5K. Information and registration is available at lakings.com/race.

Also, Bailey is a doctor now: