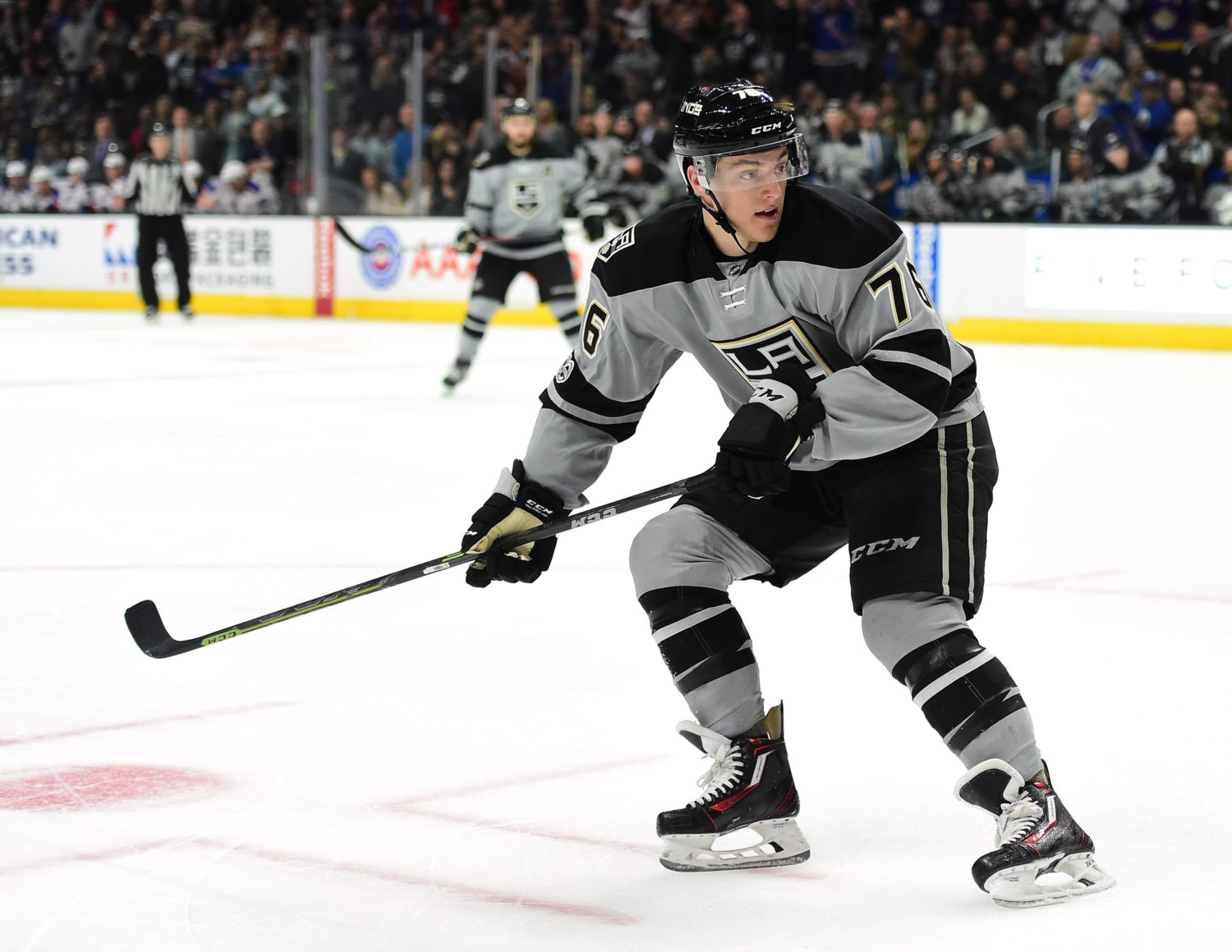 The Los Angeles Kings continued their barrage of RFA signings, inking forward Jonny Brodzinski to a two-year, $1.3-million contract and Paul LaDue to a one-year, $874,125 contract. Combined with Friday’s earlier signings of Kevin Gravel, Justin Auger, Kurtis MacDermid, Michael Mersch, Andrew Crescenzi and Zac Leslie, and the prior signings of Andy Andreoff (who signed a two-year contract prior to receiving a qualifying offer) and Nick Shore, all players eligible for restricted free agency who were sent qualifying offers this off-season have signed.

The 24-year-old Brodzinski (born June 19, 1993) is a 6-1, 218-pound native of Ham Lake, Minn. who made his NHL debut last season with the Kings, appearing in six games, recording two points (0-2=2), a plus-2 rating and two penalty minutes. His first NHL game was on March 25 vs. NY Rangers, and he recorded his first NHL points on April 4 vs. Edmonton (0-2=2). He also appeared in 59 games with the Ontario Reign (AHL) last season, posting 49 points (27-22=49), a plus-3 rating and 12 penalty minutes. In five postseason games with the Reign he recorded four points (2-2=4), a plus-1 rating and two penalty minutes. He tied for the team-lead in goals, ranked second in points and tied for third in assists.

At the time of his March 23 recall to the Kings Brodzinski ranked first on the team in goals, points and power play goals (9), and fourth on the team in assists.

The 24-year-old LaDue (born Sept. 6, 1992) is a 6-2, 201-pound native of Grand Forks, N.D. who made his NHL debut last season with the Kings, appearing in 22 games, posting eight points (0-8=8) and four penalty minutes. He also appeared in 38 games during his rookie season with the Ontario Reign (AHL), recording 18 points (6-12=18) and 28 penalty minutes. At the time of his Feb. 1 recall he ranked tied for first in goals and third in assists among team defensemen. Among AHL rookie defensemen he ranked fifth in goals, tied for ninth in assists, tied for eighth in points and tied for second in power play goals (four; tied for ninth among all AHL defensemen).

A sixth-round (181st overall) selection of the Kings in the 2012 NHL Draft, LaDue played for three seasons at the University of North Dakota, playing in 123 games and posting 62 points (16-46=62), a plus-53 rating and 68 penalty minutes. He capped off his college career by helping North Dakota beat top-seeded Quinnipiac to win the 2016 NCAA National Championship.