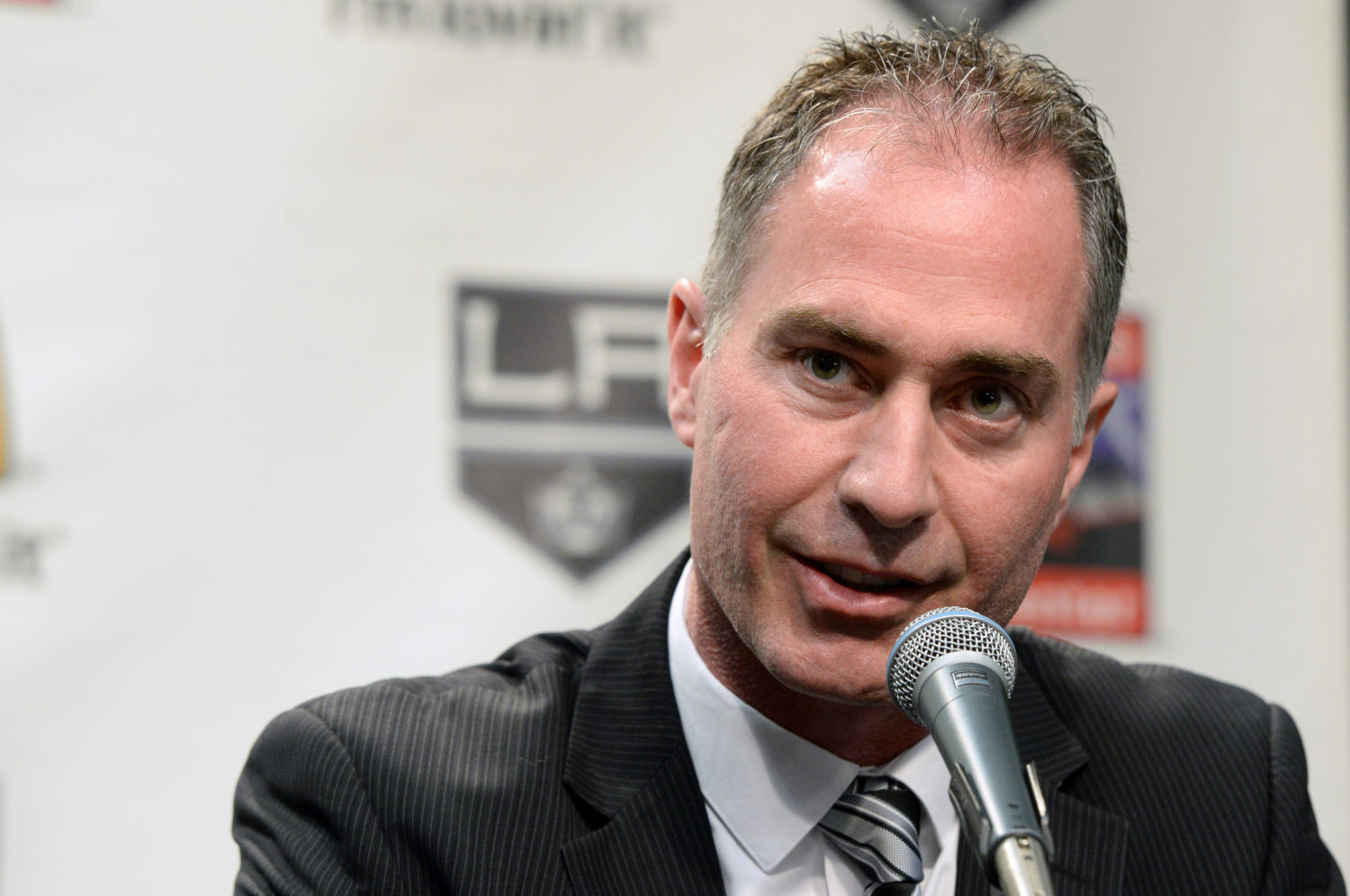 Following the conclusion of the penultimate day of development camp, Los Angeles Kings coach John Stevens joined LA Kings Insider for a chat about implementing his own structure across the organization, and what exactly an NHL head coach is focused on when the calendar turns from June to July.

Obviously, there had been tremendous structure and culture instilled by Dean Lombardi and Darryl Sutter, who helped guide Los Angeles to its first two Stanley Cups. But with an evolved staff, which is comprised of Stevens, assistants Dave Lowry and Don Nachbaur, goaltending coach Bill Ranford, and potentially an “eye in the sky” coach situated upstairs, is this a “new beginning?” And even though there had been such tremendous success forged by Sutter and Lombardi, might there be a touch less stress?

“There’s been, I think you could call it a ‘terrific legacy’ that has been set and left here,” Stevens said. “If anything’s less stressful, it’s probably because it’s the beginning of July and there’s no bullets flying yet. But, you know what? I will say I think the group’s excited. This is a proud group that’s had a lot of success and they’re not happy about the way last year went, and I think they’re just excited about the next opportunity to make it right.”

John Stevens, on structuring the coaching staff and laying a base for the coming season:
It’s been a long process to get a staff together. There are a lot of qualified people out there, and it just seemed like this year there were a lot of different jobs available. We didn’t want to just try and find the right coaches with the right knowledge, we wanted the right people with the right fit, and we think we’ve done a good job with that. So that’s taken some time. We’ve added Dave Lowry and Donnie Nachbaur, and this week was really the first time we had a chance to sit down as a group and just talk about how we played here, some of the concerns, ideas from them. We actually sat down with the Ontario staff, our staff, even the general manager from the Berlin team is in. I don’t think you get enough opportunities to sit down and just discuss the game, and it’s amazing how much detail comes out of those discussions. It might be a simple little adjustment, but you can see where it has some benefit, and I just think it’s been a terrific week for that. Now that we’ve been through that, I think we have a real clear direction on how we want to play. It’s not going to be anything that’s earth shattering, but there will be some significant adjustments that I think we can make with some of the fresh ideas with Don and Dave coming on board. I think that’ll be certainly exciting for us and exciting for the players. So I think it’s starting to settle itself in now in terms of who’s responsible for what, how we can tackle enough areas to make sure we can give these guys every opportunity to be as good as they can be.

Stevens, on aspects of organizational structure that coaches focus on in late June:
I can only speak for myself, but I made sure to meet with every player. Some of the players left town, so I traveled to meet with the players that weren’t here. I went to North Dakota, Minnesota, Ontario. I met with all the guys just to make sure we had a chance to have a good discussion of where we’re at moving forward, expectations. I think the most critical thing this time of the year is just their training and their program and the plan to get better, and I think this is a critical summer for us as a hockey team and for our players as individuals. We need our top guys to come in and lead the way. We need our guys that are established in the league like Muzz and Marty and Lewie and Cliffy and those guys to come in and really take a step for us, and we need an awful lot of young guys to get a whole lot better over the summer. I think we can do that. We’ve got guys that’ve gotten through the process of getting some experience, but to me, that’s the critical thing in terms of structure – following up with these guys, making sure they know where they stand, making sure they know what the expectations are, and then I don’t think we’ll take time off. We’ll continue to work over the summer to present the best plan and clear direction when we go into training camp. Obviously we’ve got the trip to China, which we’ve been working on for a month and a half already to make sure we’re set to go there, and the schedule just came out, so we’re in the process of making sure that we’ve got the schedule planned out with travel and days off and where we’re staying and when we’re traveling and when we’re practicing. That’ll all be in place in the near future.