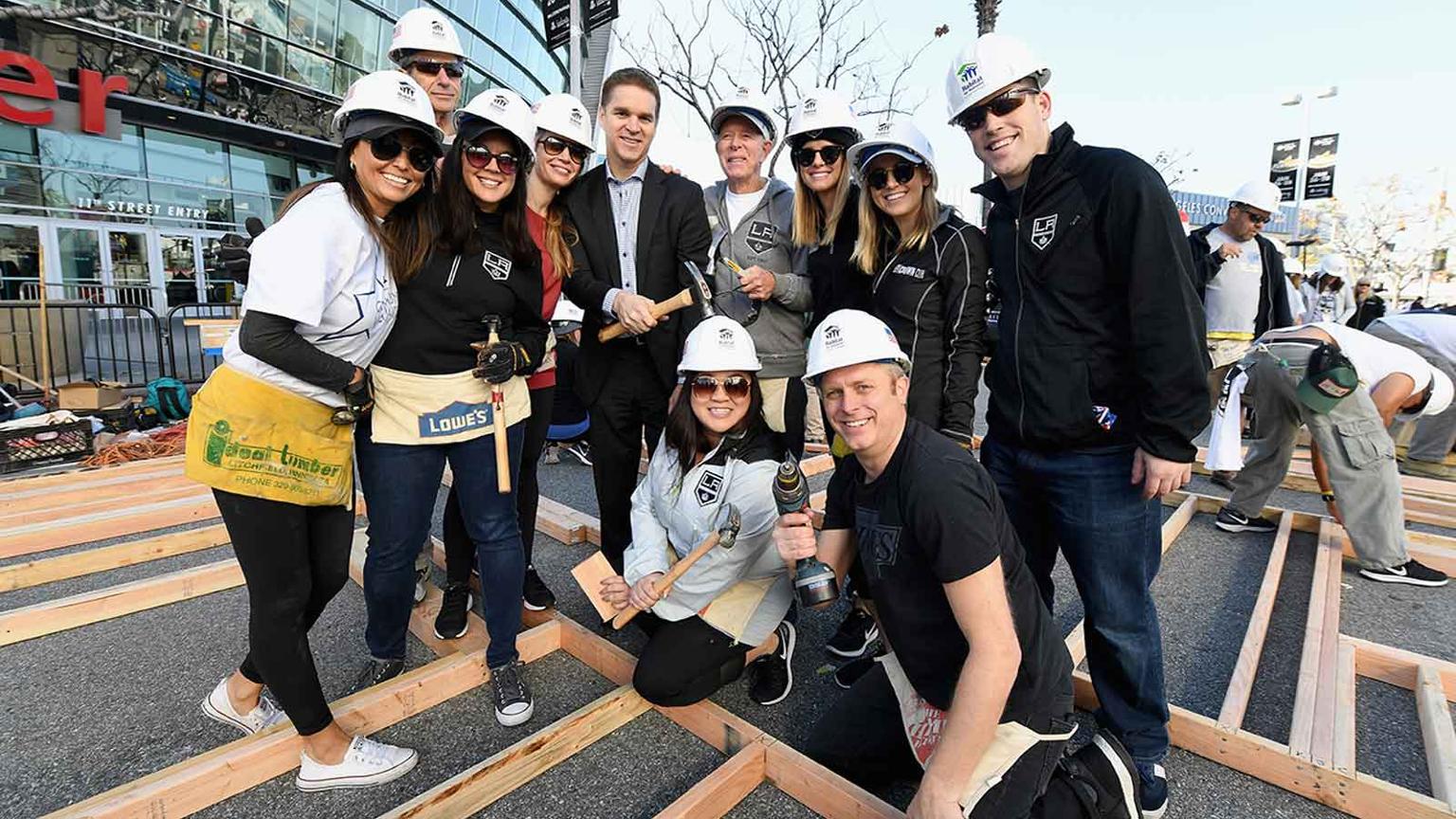 Several community notes to pass along:

Los Angeles Kings President Luc Robitaille will be presented with the Foundation Builder Award by the Habitat for Humanity of Greater Los Angeles during the foundation’s Los Angeles Builders Ball at the Beverly Hilton on September 26.

The award, presented “in recognition of his significant contribution and leadership in creating intentional change in the Los Angeles community,” references Robitaille’s work with Habitat for Humanity on behalf of Kings Care and his Echoes of Hope charity.

“Luc Robitaille is a true change maker and we are thrilled to honor him as our Foundation Builder this year,” said Erin Rank, President and CEO, Habitat LA. “His commitment to serve our communities and personal involvement with Habitat LA has made a significant impact in the lives of our current and future homeowners.”

The organization’s Builder of the Year award will be announced closer to the ceremony, while “Sugar” Ray Leonard will be presented with Habitat LA’s Dream Builder award.

“This is a tremendous honor for the LA Kings hockey club. As a professional athlete, you are given a unique spotlight in the public and we have always believed that we should use that as an opportunity to help improve the community we all share,” Robitaille said. “It is nice that we are being recognized at this special event and I look forward to receiving the award on behalf of the Kings and the Kings Care Foundation.”

Kings Care and Habitat for Humanity teamed up in January as part of the club’s Forever 50 initiatives to build houses and playhouses to donate to disadvantaged families in the Los Angeles area. Since 1990, Habitat has built, renovated or repaired nearly 800 homes in the area, an endeavor that affected the lives of more than 4,000 Angelenos.

The Kings were also honored for their commitment to a sustainable community during the annual Green Sports Celebration last night in Sacramento.

Recognizing the strongest bonds between sports and sustainability, the Kings and Galaxy were honored for utilizing “fan engagement as well as service activities with charitable partners outside the arena to boost environmental knowledge and commitment.” Forever 50 initiatives, such as their beach cleanup with Heal the Bay, were cited in acknowledging the Kings’ community efforts.

“The LA Kings and AEG have always worked as part or core values to demonstrate leadership in these important community and global areas and we are very proud of not only our contributions to environmental sustainability but also the fact that both the Kings and the LA Galaxy are being recognized at this prestigious event,” AEG Sports COO Kelly Cheeseman said. “This is also a tribute to the leaders in our community relations and AEG Sustainability departments who have really helped us spearhead this hard work. Hats off to these teams for their leadership.”