Mark Yannetti on scouting Gabriel Vilardi and his skill set 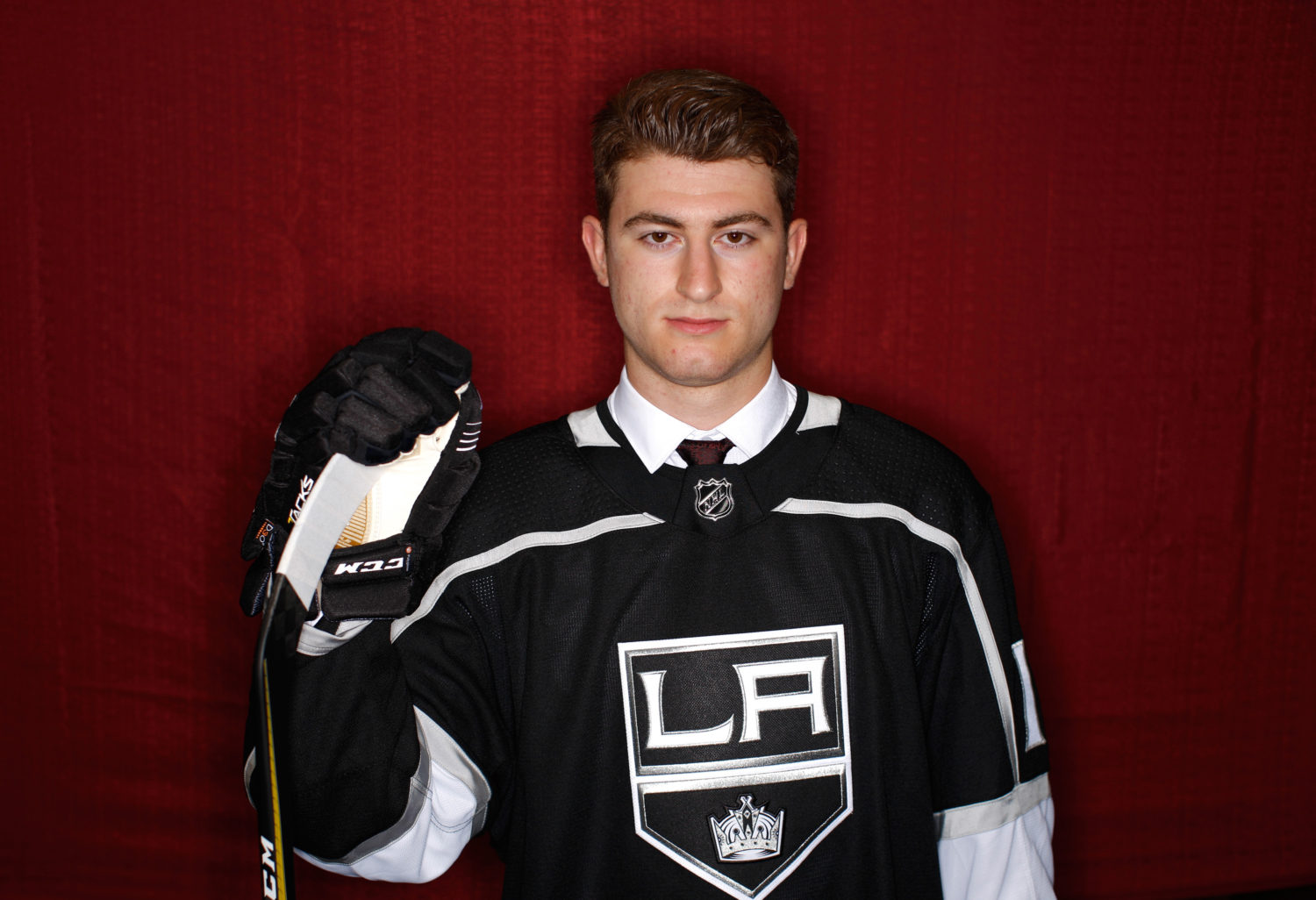 Los Angeles Kings Director of Amateur Scouting Mark Yannetti spoke with LA Kings Insider after the first round of the NHL Draft Friday night in Chicago and discussed the circumstances leading to Gabriel Vilardi’s selection and provided a scouting report on the to-be 18-year-old who was selected by the Windsor Spitfires second overall in 2015 and recently won a Memorial Cup with the club. 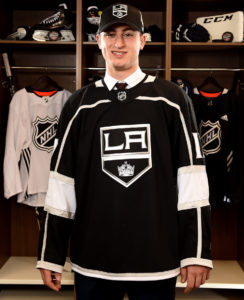 Mark Yannetti, on scouting Gabriel Vilardi:
Yeah, we scouted him quite a bit. Again, it’s easy to scout the Memorial Cup champions, and its easy to scout the OHL in Windsor. It’s just one of those central hubs. You’re seeing all of the OHL teams, plus when you’re in to watch the development team, you’re catching a Windsor game. He was actually a guy that everyone on our staff saw play live. Even the European scouts saw him play live.

Yannetti, on any looks around the table when the likelihood he’d be available increased:
Of course. I hate to leave things to fate or to chance. There’s no scenario to move. We tried. It wasn’t even a glimmer. No one even wanted to listen to offers. [Reporter: Why would no one want to listen to offers?] They all had their picks. It’s not abnormal. I mean, there are years where teams really want to move. There are years when teams don’t. Any time a guy – I won’t give away where he was on our list – but he was obviously a valued guy on our list and a high number on our list. You don’t want to leave those to fate, but again, I don’t believe in luck, either. We did a lot of work, and teams that do a lot of work and people who do a lot of work sometimes have fortune smile on them, so ill certainly leave it at that.

Yannetti, on what stands out about Vilardi’s dominance deep in the offensive zone:
His versatility offensively. He’s 6-foot-3. He’s not close to filled out yet, and he still has the ability to create depth and to create a line of protection – he’s got a physicality to him not due to hitting, not due to physical play, but because his line of protection, people have to take a long way away. He can make plays at length, plus, he can make plays in tight. He’s got the hands of a smaller guy. He’s an elite, skilled player, and his cerebral ability, his Hockey IQ – and id say more his creativity than his hockey IQ – is what really separates him. So he’s got the ability to create individual offense and to create complementary offense. It’s a win-win.

Yannetti, on whether it’s too early to project whether he’ll stay at center or move to wing:
Again, I said he’s versatile in the way he can create offense and he’s versatile in the position he can create offense from. Time will certainly tell. It’s nice – I view him equally as a center as a wing. Obviously I like the position of center better. It’s just a harder position to fill, and when a guy has shown he can fill it, it’s certainly your first choice, but as I said, time bears that. In terms of everything, there’s a development path we’ll create. In terms of the position he ultimately plays, that’ll just determine itself.

Yannetti, on Vilardi’s skating being critiqued:
I know what the knock is. The hockey cognoscenti’s perceived knock on him is his skating. I don’t find his skating to be subpar. I guess if you want to be critical and conservative, you could say his skating is slightly below average. I don’t know – those two Erie games in the Memorial Cup were as high-speed of a game as you could play, and he led both games. He was the dominant force in both games. Again, I don’t like in the players – Tyler Toffoli and Vilardi – but in terms of their skating, there was a very similar knock. Although their skating styles are different, they were both aesthetically non-pleasing to the eye. But in terms of the efficacy of their skating, they both got to where they needed to go, and they both got their faster than it looked like they got there. I view Gabriel’s skating as I don’t think his ceiling to improve is as high as Tyler’sceiling to improve his skating, but I certainly see when Gabriel’s ready to play in the NHL, I don’t see his skating as being anything worse than a normalized NHL skater.

Yannetti, on whether the first round progressed as he expected:
It was expected as we thought only because we thought this was a draft where there’d be numerous outliers. Again, it’s our perception of the draft, not necessarily other peoples’ perceptions. Our perception was usually a lot goes into trying to read what could potentially happen in the draft, and this would’ve been the hardest draft I’ve tried to predict. Its unpredictability was what we predicted.