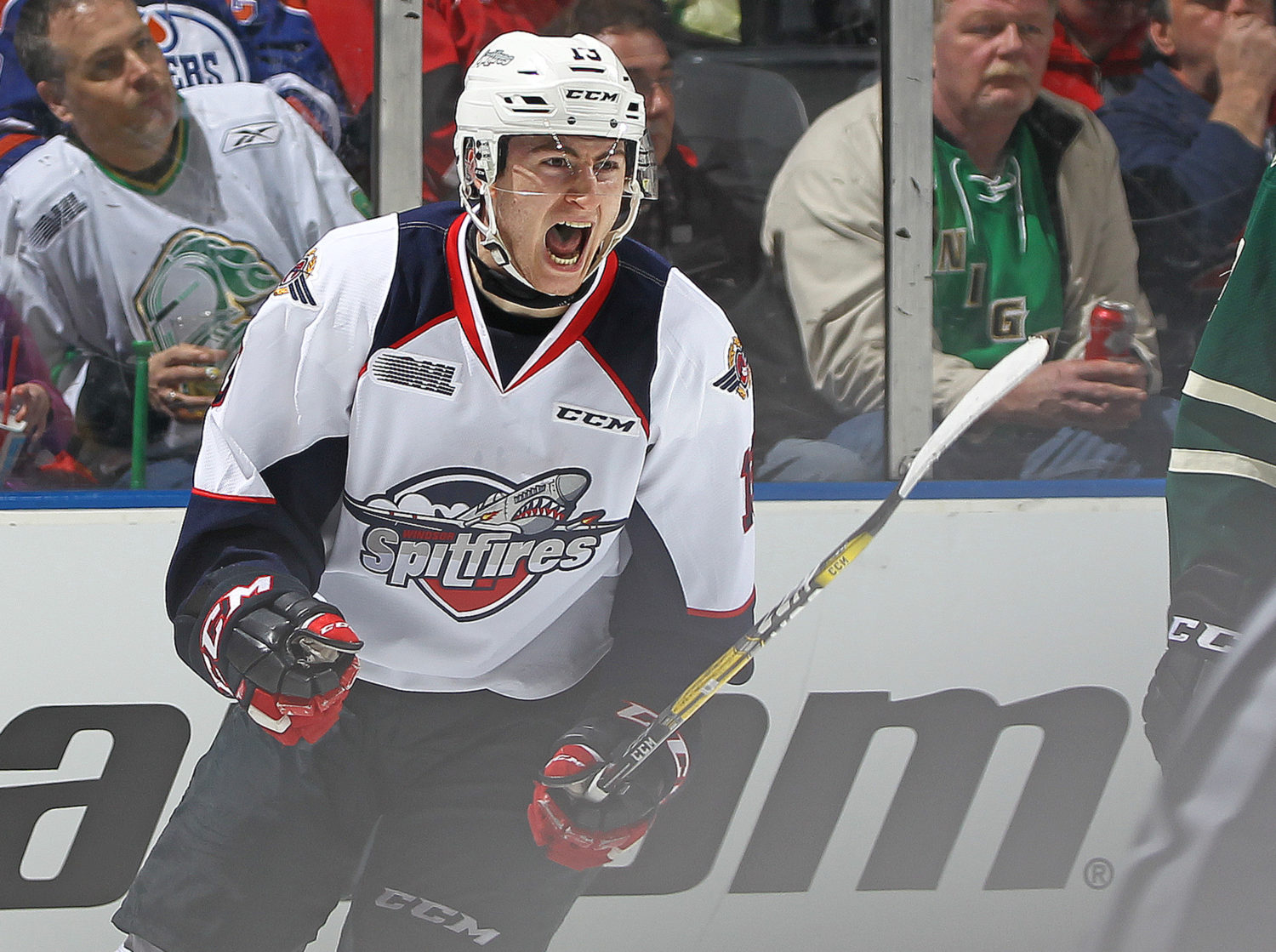 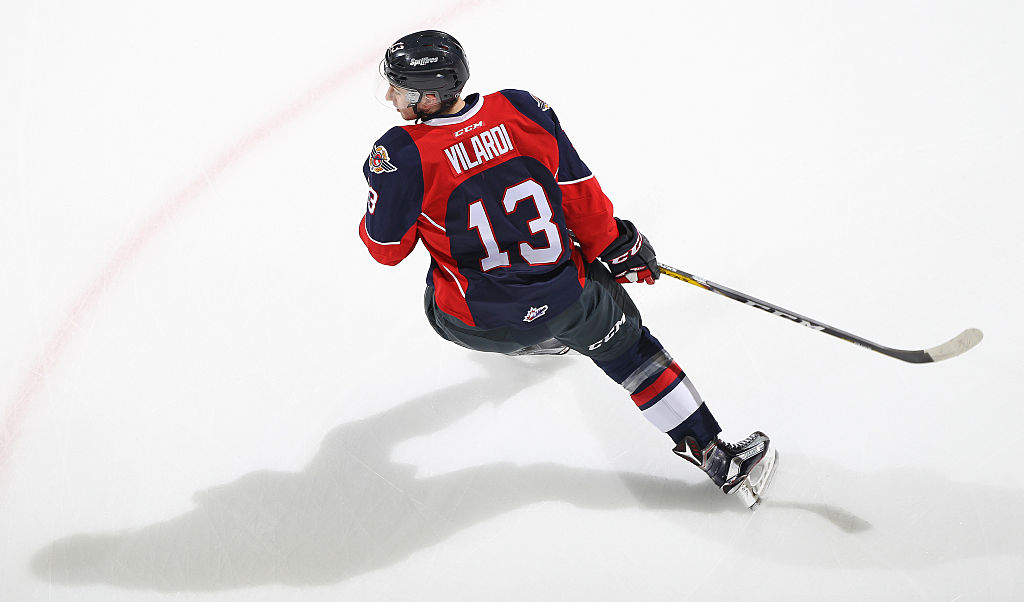 ESPN.com’s final ranking: 3 (subscribe to ESPN Insider here)
Corey Pronman’s analysis: “Big men who can make plays with the puck are hard to find, and Vilardi fits the bill. His skill is legitimately at the top level, as his ability to maintain possession, create offense off the rush and evade pressure is as good as that of some of the better 5-foot-11 forwards. He also possesses good vision and can make tough distributions seem easy. He’s a player who makes his teammates better, with Windsor’s coach noting how Vilardi’s teammates have a giant Corsi differential with him, as opposed to without him on their line. He’ll battle hard for pucks and use his size well on some shifts, and although he isn’t perfectly consistent in that area, he has shown more edge in his game this season and has gotten better defensively because of it. Vilardi’s skating is an issue, with a below-average top gear. Scouts I talk to are divided on him. Some NHL people see him as a clear top-five guy in this draft class, due to his size/skill combo and the upside, while others are more tentative, due to warts in the all-around game.

McKeen Hockey’s final ranking: 4 (Subscribe to McKeen’s Hockey here)
McKeen Hockey’s analysis: Selected by Windsor second overall in the 2015 OHL Entry draft, he stepped right into the lineup as a 16-year old with 17 goals and finished tied for second in scoring among U17 players in the OHL. Despite an injury-plagued draft year – among other issues, he dealt with mononucleosis – his stock has gotten much higher. In short, Vilardi brings a little bit (usually more) of everything and looks like a future first line center in the NHL. Although his point totals across both OHL seasons are relatively evenly split between goals and assists, he projects as a playmaker at the higher levels. Not that his shooting is no good. He has an above average wrist shot. It is that his passing vision and ability to execute are near elite. He is a high end puckhandler and is able to use his strong frame to jockey for position in order to get off a good pass to an open teammate. His play in the Memorial Cup was a great spotlight on his ability to create for others, including a four assist game in the round robin portion of the tournament and another two perfect passes to create goals in the final. He is a plus skater, if perhaps short of owning game-breaking pace. He wrist shot is strong and dangerous anywhere from the middle distance and in. He has preternatural ability to read the actions of his opponents and is a beast on the forecheck and in his own zone, putting tremendous amounts of pressure on puck carriers and seemingly able to generate turnovers at will. He has phone booth stickhandling ability and needs only a fraction of a fraction of a second to find an open teammate and get him the puck in shooting position. 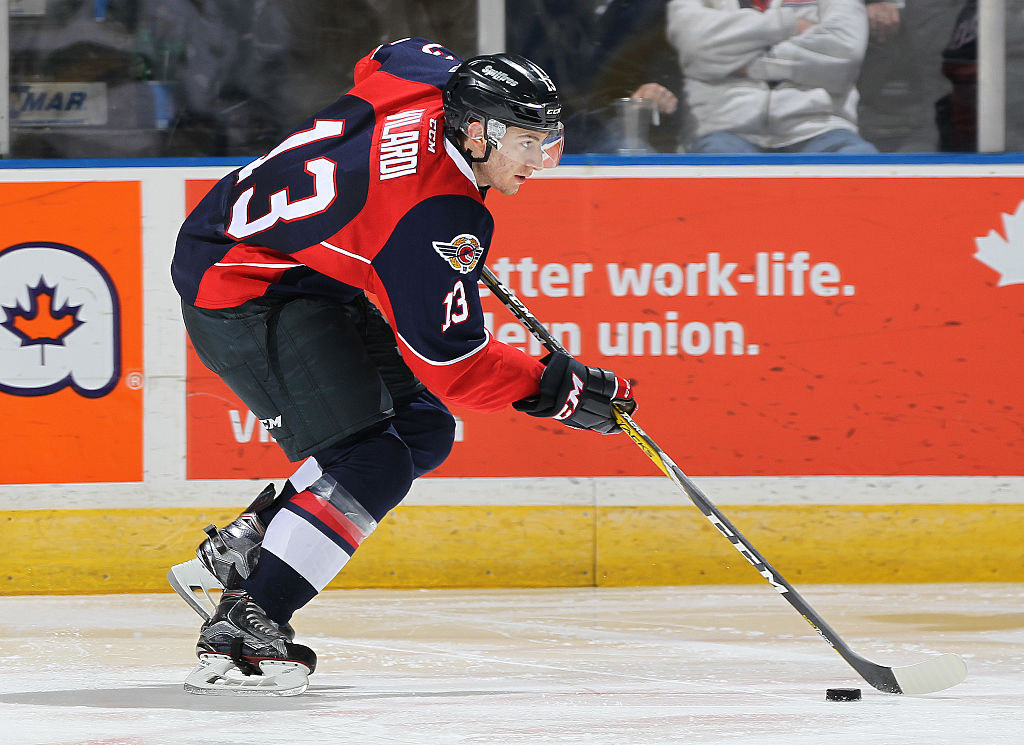 With the 11th pick, the Kings selected OHL-Windsor center Gabriel Vilardi, the fourth-ranked North American skater by NHL Central Scouting. The 6-foot-3, 203-pound forward totaled 29 goals and 61 points in 49 games in 2016-17 and won the 2017 Memorial Cup with the Spitfires.