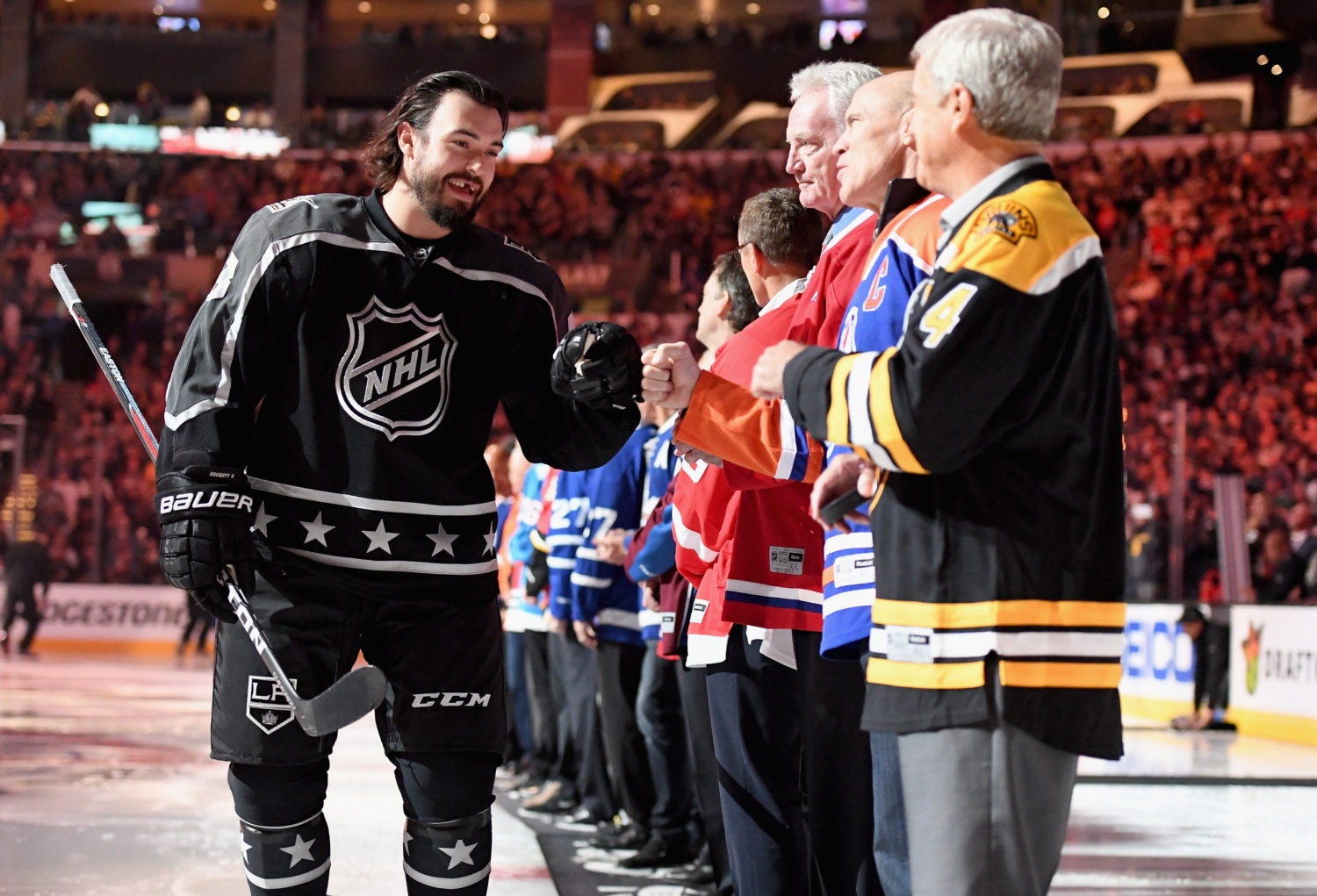 AUDIO. This is better than your typical, stock-issued radio interview of an athlete. Drew Doughty reveals to Gord Stellick and Rob Simpson of Sirius XM NHL who has the most annoying smile in the league. (Hint: He’s in the Eastern Conference, and has been known to stir things up from time to time.) He also talks John Stevens and how winning a second championship is different from the first.

And now: controversy. It’s courtesy of an in-studio appearance on TSN 1050 Toronto.

Doughty: "I think all of us Southern Ontario players, we secretly want to play for the #Leafs, you know, we all have that kind of soft spot"

/insert nervous, grating teeth emoji. It does come with some context:

More from Drew Doughty on @LeafsLunch1050 on how some players view playing in Toronto: pic.twitter.com/3DKkgVV6zz

This is not something you should be worrying about at this moment. Doughty has two more seasons remaining on his contract at $7-million per season, and the speculation over a potential Toronto return was always going to be inevitable. This is a conversation worth revisiting one year from now, when he’ll be approaching the time he’ll be able to negotiate a new contract with the Kings.

The interview is courtesy TSN 1050; click here to stream today’s show. I’ll link to Doughty’s audio when it becomes available.