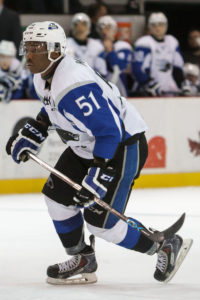 Bokondji “Boko” Imama, the Montreal-raised son of immigrants from the Democratic Republic of Congo acquired yesterday in a trade with the Tampa Bay Lightning, has signed a three-year entry-level contract with the Los Angeles Kings in advance of today’s 2:00 p.m. signing deadline.

Because of the conditions of Wednesday’s trade, having signed Imama, Los Angeles will send a 2018 seventh round draft pick to Tampa Bay. The Kings own their own first, second, third, fifth and sixth round picks in 2018, as well as Montreal’s fourth rounder. Per Cap Friendly, should the Canadiens re-sign Dwight King, and he remains on their roster through November 15, that fourth round pick becomes a third round pick.

If you followed yesterday afternoon’s news, you’re already aware of the vitals: Imama, who turns 21 in August, is 6-foot-1, weighs 221 pounds, and broke through with 41 goals in 66 games with the QMJHL champion Saint John Sea Dogs in 2016-17. He led the team in goals and tied for seventh in the league, and also tied for first on Saint John with 14 power play goals, ranked fifth in points and set career-highs in games played, goals, assists, points and penalty minutes. He can fight.

To revisit the extensive scouting report on Imama, which includes highlights of his play – including a preseason goal he scored for the Lightning, his impressive fight resume, and having moved past several suspensions earlier in his junior career, as well as an account from Sunaya Sapurji that you “won’t find a better person or a more improved player” – click this link.

After posting yesterday’s story I spoke with hockey operations about this opportunity and how they viewed Imama, and one of the first things conveyed was that there was no pre-arranged deal that he’d sign. They simply loved his development this past year and took a chance on a player who took on a leadership role and focused more on scoring and other habits that won the Sea Dogs hockey games, and they ultimately were able to come to terms with the power forward on Thursday.

While I suggested yesterday that there are similarities between Imama and former Kings prospect Nic Deslauriers – their upper-body strength, fighting tendencies, strong forechecking, and an impressive single season breakthrough in goals scored – hockey operations didn’t really see such parallels. Imama’s 2016-17 season was an explosion of goals beyond the mark hit by Deslauriers, who totaled 19 goals in 65 games in his first season as a forward at the age of 22, and Imama has a broader understanding at his age of his identity as a player and his role.

“Overage” players in major junior hockey – CHL teams are permitted a maximum of three players in their 20-year-old seasons – should have explosive numbers to project well down the line, and Imama did that as the Sea Dogs’ leading goal scorer after previously establishing a career-high of 13. He’ll look to secure a spot with the AHL’s Ontario Reign, where other forwards who will also battle for a first-year pro role will be Spencer Watson (who recently turned 21), as well as Austin Wagner (who turns 20 later this month and will also be eligible to return to WHL-Regina, the 2018 Memorial Cup hosts) and Matt Luff (who turned 20 in May and will be eligible to return to OHL-Hamilton). The Reign will also be expected to sign their own free agents, as they’ve done with players such as TJ Hensick and Jordan Samuels-Thomas in the past.

It was also confirmed Thursday that Matt Schmalz, who also faced a 2:00 p.m. signing deadline, won’t sign with the club and will re-enter the draft. Should he pass through, I’m told the Kings will circle back to him. Schmalz had 16 goals and 31 points in 62 games as an over-ager with OHL-Owen Sound in 2016-17, and correspondence with hockey operations two weeks ago did not indicate that an ELC appeared to be imminent.

Extremly blessed to sign my first NHL contract with @lakings ! Thank you to my coaches, teamates, friends and my family 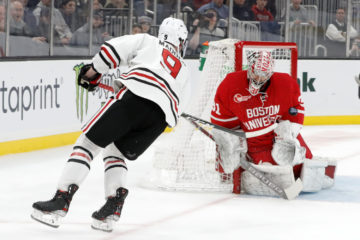