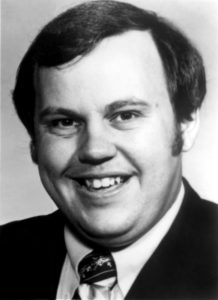 “THAT WAS ONE OF THE GREAT THINGS ABOUT PETE WEBER. HE COULD PULL SOME REALLY GOOD TRICKS.” So said Bob Miller of his late 1970’s broadcast partner who will call his first Stanley Cup Final, beginning Monday. Formerly the television voice of the Nashville Predators, Pete Weber, who has broadcast Predators games since the team’s first season, moved over to radio in advance of the 2015-16 season and will thus continue to be heard over radio and internet airwaves for the upcoming series against Pittsburgh or Ottawa. Teams that make it to the Cup Final for the first time: Fun!

Enjoy the Final, Pete, and good luck. Here’s to one of the friendliest guys in hockey getting to call four winners this round.

BIGGIE SCHMALZ. There’s no decision yet on whether the team and Owen Sound forward Matt Schmalz will come to an agreement on an ELC, via hockey ops. The 6-foot-6, 214-pound forward selected in the fifth round in 2015 totaled 16 goals and 31 points in 62 games of his overage season and would need a contract before June 1, or Los Angeles would forfeit his rights. That seems to be a stark possibility; Los Angeles has already signed (and traded) its second round draft pick from that class, Erik Cernak, and has signed fourth rounder Austin Wagner and seventh rounders Chaz Reddekopp and Matt Roy.

As for negotiations with the Kings’ RFAs, of which Tyler Toffoli is one, there’s nothing new to report at the moment.

The best part of the #NHLDraft: the early stages of a dream realized. Here's Matt Schmalz of OHL-Sudbury.

THE MONARCHY. A stick tap to the Manchester Monarchs, who took the South Carolina Stingrays to seven games but fell in the Kelly Cup Eastern Conference Final. Los Angeles’ ECHL affiliate, the Monarchs were seeded fourth in their division and knocked off Adriondack, the top divisional seed, and third seeded Brampton before falling to the third-seeded Stingrays in a series they once led two games to none. There are no current Kings prospects on the club, though 2009 draft pick and four year AHL-Manchester veteran David Kolomatis captains the Monarchs, who got 22 playoff points from Matt Leitner and another 15 from Quentin Shore. Alexx Privitera, who registered six assists and a plus-five rating in 19 games with Ontario, was a mainstay on defense during the postseason run, while Gasper Kopitar got into the final two games. Pour one out for Ken Cail and his dulcet tones.

GRETZKY PROTECTOR. Warren Rychel’s Windsor Spitfires are as close to a cyclical contender as can be found in major junior hockey, and with the Spits one win from a Memorial Cup that they’re hosting, there has been a lot of praise heaped on his and Bob Boughner’s managerial styles. Gare Joyce, writing a Sportsnet Big Read, put together a nice feature on the two.

…A word of advice: If you happen to be sitting next to Warren Rychel on press row at a Spitfires game or in the stands when his son is on the ice with the Toronto Marlies, move. Immediately. If you’re sitting there with a full cup of coffee beside your notes, there’s a chance you’ll be wearing it before you’re done drinking it. It’s not personal, not aggressive nor abusive, just that he’s not much on internalizing — he is what he has always been, no matter what the situation. When he played for the Colorado Avalanche in the 1996 Stanley Cup Final, he managed to drop the gloves with Jovanovski, another son of Windsor, and if he’s barking at a ref, it’s like he’s travelling in time back to the ’90s. To a lesser degree, Boughner also carries the air of a player who stuck in the pros in large part because he had more want.

Only a week away, here is the current list of drafted players whom their respective teams must sign by June 1, or lose their signing rights. pic.twitter.com/T65ePEqhbK