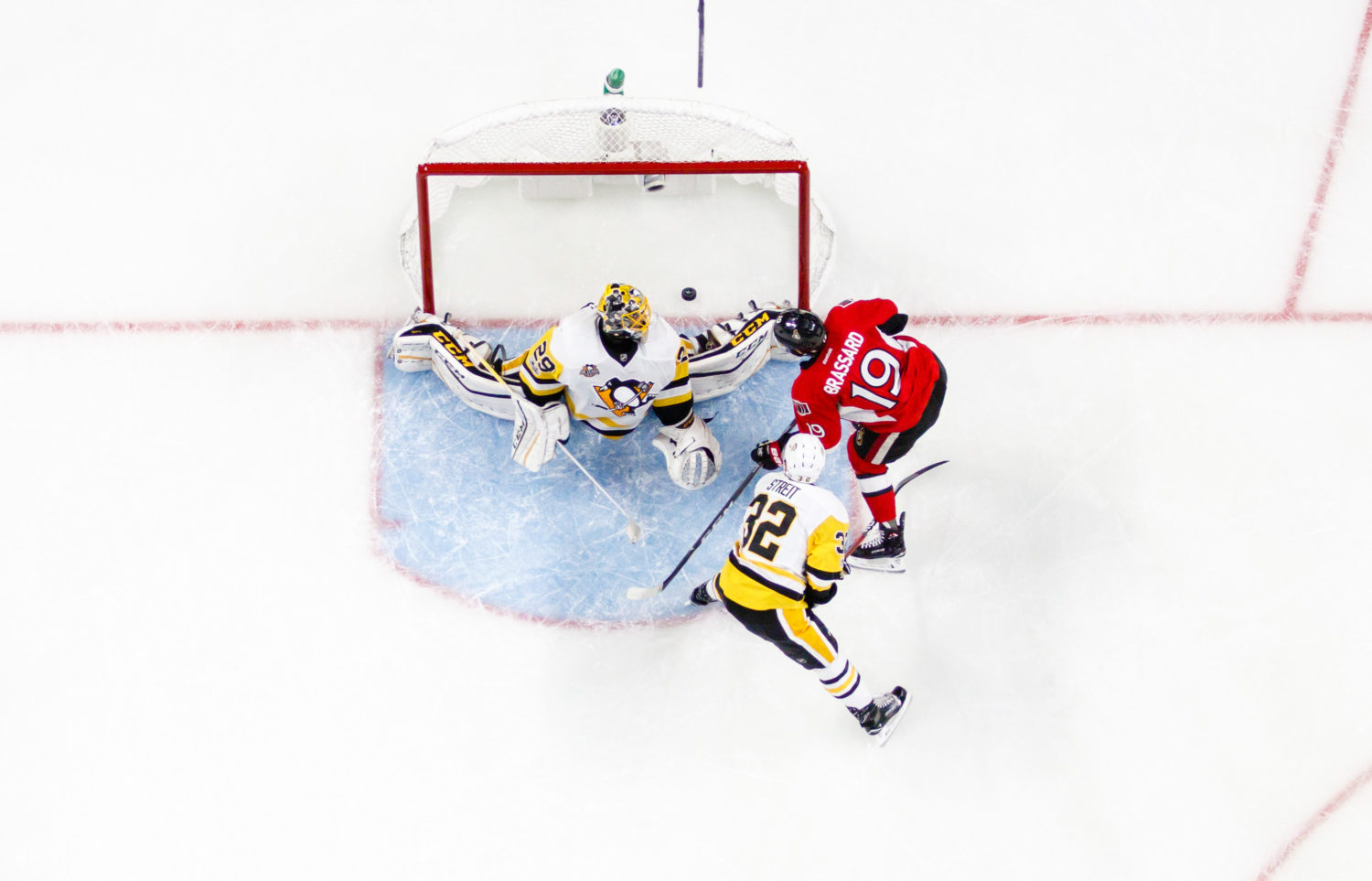 A.J. Jakubec of TSN 1200, the voice of the Ottawa REDBLACKS and Ottawa Fury, and a member of the Ottawa Senators’ broadcast team, joined LA Kings Insider Thursday morning for an Eastern Conference Final update. Now, I don’t use the term “comprehensive” too often [insert Pinocchio-nosed emoji here], but this is a thorough and insightful chat about the Senators and where exactly the Eastern final stands with Ottawa leading two games to one. We talk about Erik Karlsson – the Senators would not be here without his complete buy-in and the adjustment of his game under Guy Boucher – and what we expect from the Penguins in Game 4 tomorrow night following the observation from Pittsburgh Coach Mike Sullivan that “I just think we’ve got to be more ready to play from the drop of the puck.” What similarity to the Senators share with the 1993 Montreal Canadiens? (Still too soon, Kings fans?) Listen to the extensive chat to find out.