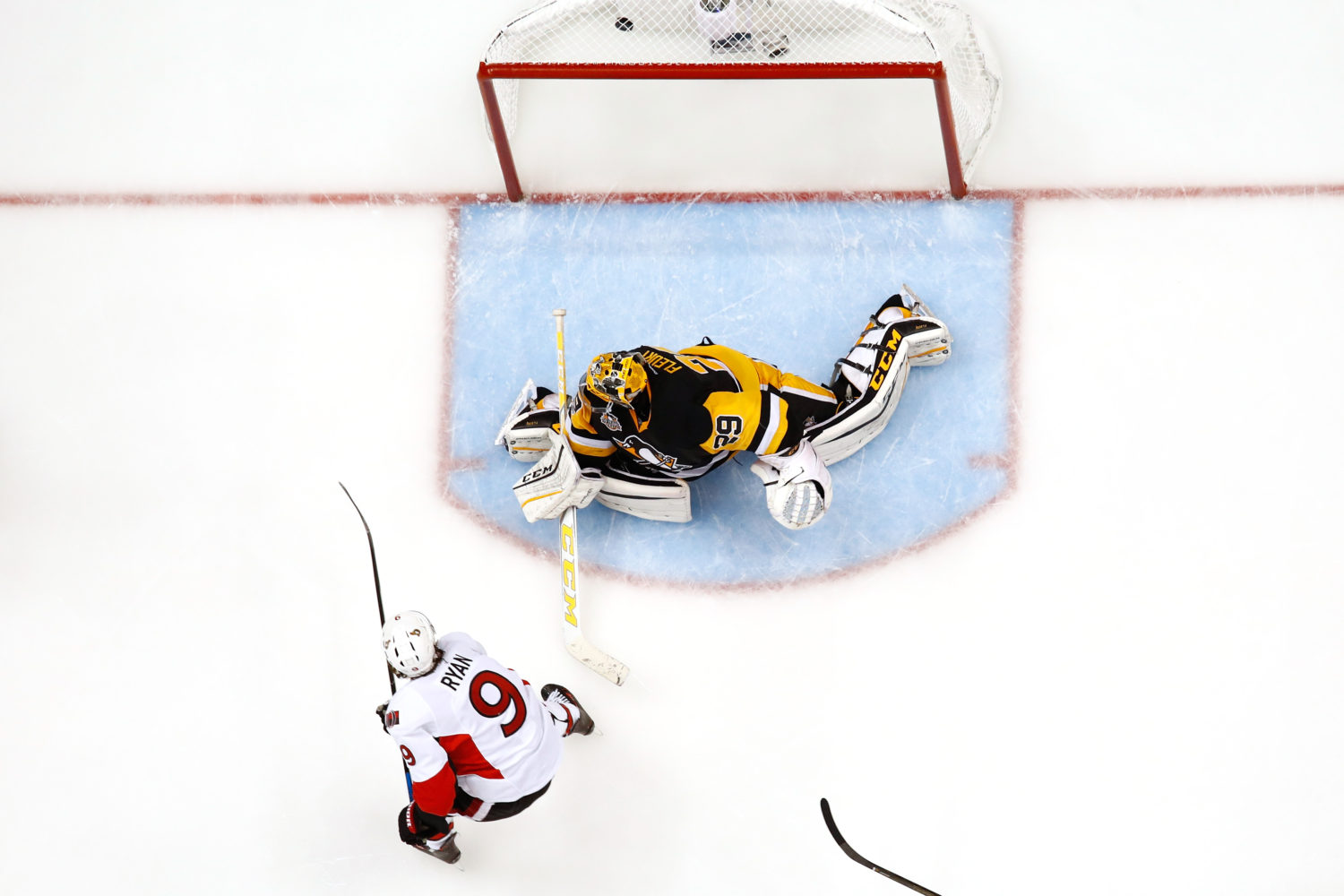 TO ALL THE MOTHERS AND SISTERS AND THE WIVES AND FRIENDS, I WANT TO OFFER MY LOVE AND RESPECT TO THE END: This was covered quite a bit over the weekend, but if you have a moment, this Globe and Mail piece by Roy MacGregor on Bobby Ryan is both a quick read and highly recommended. For more background, Ryan’s story in The Player’s Tribune was one of the most touching stories I’ve read over the past year. My goodness, that’s a beautiful overtime game-winner, and I couldn’t think of a better way to describe the the circumstances in which he emerged as a key figure early in the Eastern Conference Final as “almost poetic,” as Ryan did.

WHAT A BEAUTIFUL DREAM THAT COULD FLASH ON THE SCREEN IN A BLINK OF AN EYE AND BE GONE FROM ME: Another great feature from the weekend: Joe Rexrode’s profile of Peter Laviolette, the Nashville coach whose intense focus is overridden by the more private and long-lasting relationships he builds with those whom he coaches and works alongside closely.

THEY SCREAM YOUR NAME AT NIGHT IN THE STREET: Oh, Ryan Johansen. By now, you’ve probably heard his comments on Ryan Kesler that followed Nashville’s Game 2 loss in Anaheim. “His family and friends watching him play, I don’t know how you cheer for a guy like that,” he told reporters. “It just doesn’t make sense how he plays the game. I’m just trying to go out there and play hockey, and it sucks when you’ve got to pull a stick out of your groin every shift.” Could you imagine if one of Darryl Sutter’s players had said something similar to the media? Perhaps the ultra-skilled 24-year-old was simply frustrated and speaking his mind to reporters – that’s fine! – and, hey, maybe this public vent influences the referees to call a penalty on Kesler during an opportune part of a close game. But this is playoff hockey, and sticks to the groin and painful interference non-calls are inherent in the tournament’s competitiveness. Did the Ducks win? Yes. Was Kesler called for a penalty against Johansen? No. Was Johansen called for a penalty against Kesler? Yes. Kesler is doing his job, just as Johansen has been doing his, and if Johansen wants to win a Stanley Cup, he’s going to have to block out the lengths to which one of the league’s Selke Trophy finalists will go to try and lead his team to a win. Plenty of others have done that successfully against Kesler in the playoffs.

I REMEMBER THE TIME I KNEW WHAT HAPPINESS WAS: Happy five-year anniversary, 2012 Western Conference Final Game 2.

That game got a bit heated.

EVERYBODY MAKES A MISTAKE: One correction: In the previous story, I had written that were Seattle to advance to the Memorial Cup, it would be the first time since 1998 that two American teams would take part. Nope! In 2007, both Lewiston – backed by a young Jonathan Bernier – and Plymouth advanced to the championship across the Canadian Hockey League. As it turns out, yes, Seattle did win the title yesterday, though Austin Wagner did use a burst of speed to score on a breakaway, seen at the 2:58 mark of this highlight package, which gave the Pats a 3-1 lead with 6:48 to play. (The T-Birds came storming back with two goals over the final six minutes of play before Alexander True netted the league-clinching goal 12:36 into overtime.) Wagner finished with 16 goals, 21 points and a plus-15 rating in 22 postseason games and showed some toughness in fending off some discomfort late in the series, which included a hit from Turner Ottenbreit that was whistled for a five and a game and sent Wagner back to the dressing room midway through the second period. Meanwhile, the effort to build a new arena from scratch or renovate KeyArena is nearing a head in Seattle.

Elsewhere: Damir Sharipzianov discusses his return to Russia with The Hockey Writers. | HockeyBuzz asks if the Kings traded the wrong goalie last week. (If your answer is anything other than “no,” don’t @ me. Still, the discussion here is a bit broader than the title of the article would imply.) | Kings of the Roundtable, Episode 3 – a joint project between Mayor’s Manor, The Fourth Period, KingsCast (Whoa, welcome back!) – is out. | JFTC on theoretical Kings back-ups in net for 2017-18 | The Daily News asks whether Kings fans should support the Ducks this spring.