In most shocking of circumstances, Reign turn to third-string Flinn for Game 5 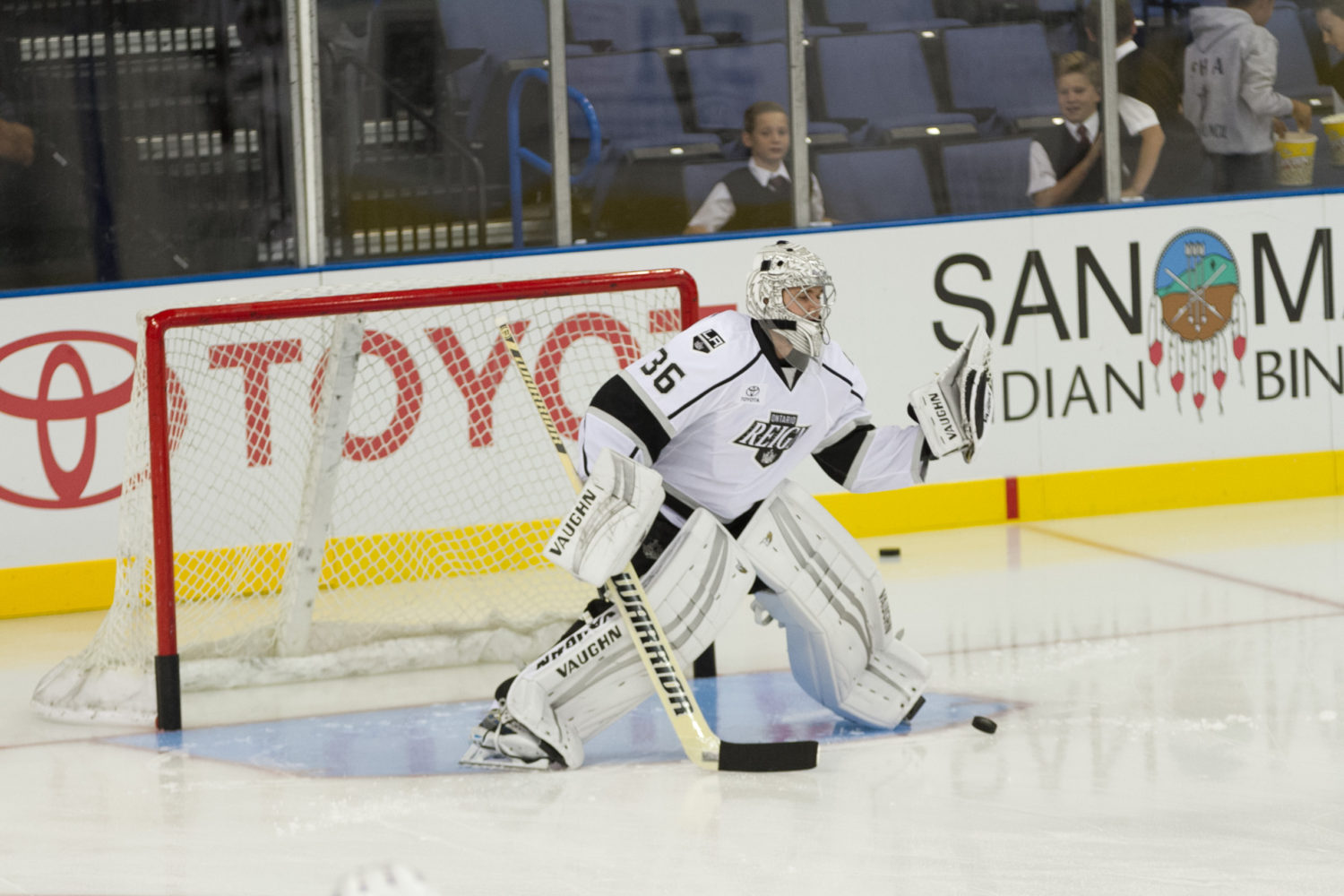 UPDATE!: Flinn played the opening 11:40, surrendering three goals in a span of 2:37 before Campbell came on to replace him.

In the most shocking of circumstances, the Reign will be starting third-string goalie Jack Flinn in tonight’s winner-take-all Game 5 against the Gulls in San Diego.

Word started to come prior to warmups that No. 1 Jack Campbell would not be available for the contest despite starting all four previous games. Radio announcer Joey Zakrzewski noticed that Campbell appeared a bit uncomfortable after making a save in the first period. He finished the game with 21 saves in the Reign’s 4-1 win to force Game 5.

The news about Campbell meant backup Jeff Zatkoff would be making his first appearance since a mid-April regular season start against San Diego. But as warmups started, Zatkoff went down injured and had to be attended to by trainer Mike Muir before being assisted off the ice by Muir and forward Michael Mersch. Zatkoff was down on the ice for a few minutes before exiting the ice.

The Reign do not have a backup goalie on the bench at the game’s start. Below are Flinn’s stats from this season. He will make his AHL playoff debut: