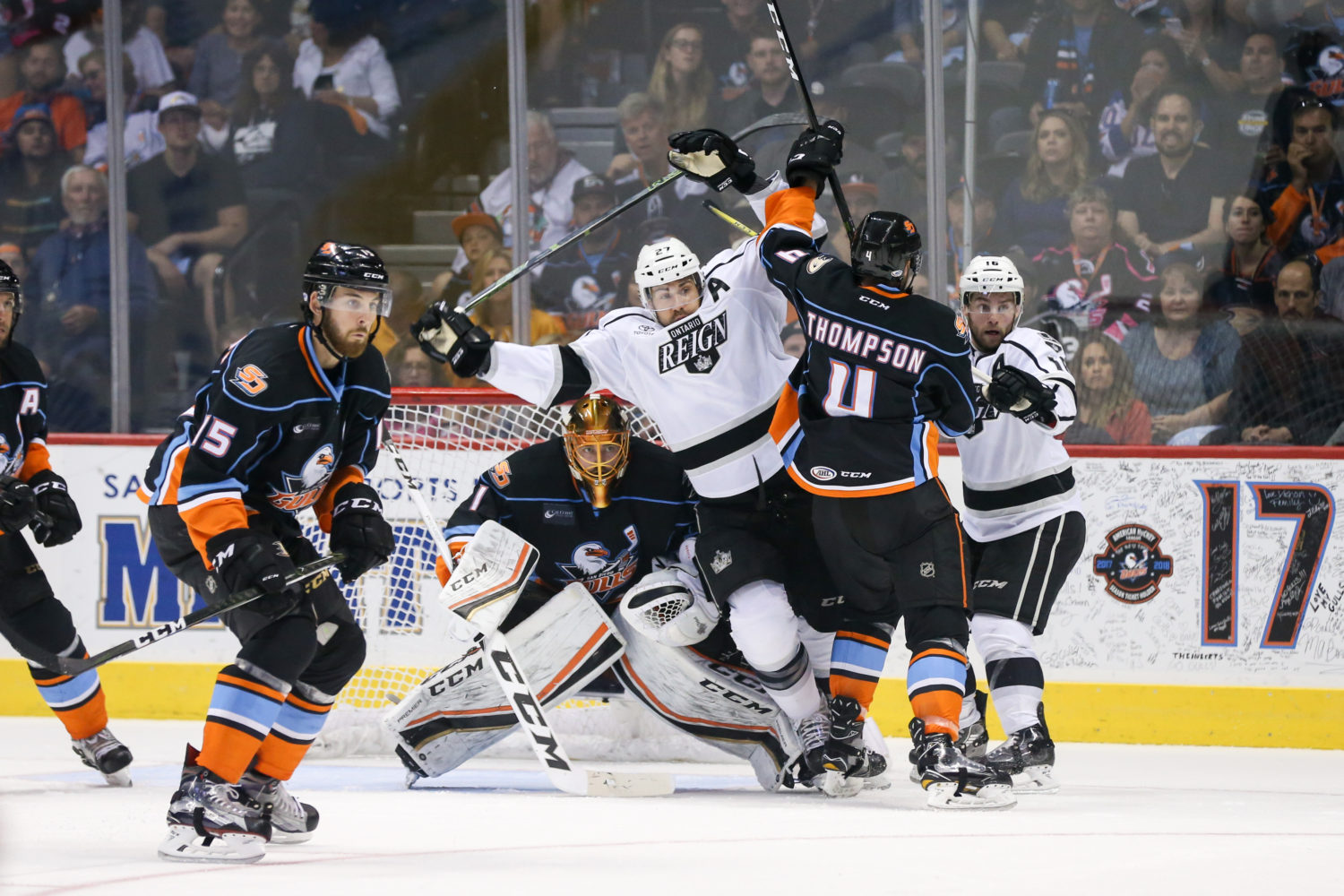 On the last 24 hours and the injury to Jack Campbell:
Well, I guess it’s a continuation of what’s turned out to be a wacky season as far as goaltending goes, and goalies getting hurt and situations that arise. Yeah, Jack got hurt last night. First period. Was able to get through the game, probably on adrenaline alone and today he wasn’t so fortunate. So, then Zats goes in and he got hurt in warmup. So then Flinner goes in and Jack being the good teammate that he is, because we were out of options at that point as far as somebody who’s going to be able to go in. He gutted it out, got his stuff on and did the best he could. So, it was, a tough thing to deal with at the start of, it happened in a short amount of time and there wasn’t a whole lot of time to get anybody’s head wrapped around it. So, it’s unfortunate.

On whether it took time for Campbell to get stretched out and loose:
He goes from not even suiting up to all of a sudden getting his stuff on. As you said, stretching out. He was still limited with the injury he had. Took some time. Who was expecting what happened to Zats to happen in warmup? You could have never predicted that one.

On at what point today he determined Campbell would not play:
After the morning skate this morning.

On how he was communicating to see when Campbell might be ready to come in (goalies aren’t on benches in San Diego):
Our trainers have a little ear bud back to the dressing room. We were in communication but the reception in here in an old building, the noise volume is probably a little bit more difficult. I think Jack Flinn deserves a lot of praise. That’s a real tough situation for anybody to go into and he faced it head-on. He didn’t look the least bit worried or nervous, he just wanted to help his team out. And you know what, make sure you guys mention that. That’s a gutsy effort from a young guy that’s had a tough year.

On where he was when he found out about Zatkoff’s injury:
I never watch warmup. I hate watching warmup. [Reporter: Where were you?] I was wandering the halls. Saw when he came off. It’s not hard around here to see what’s going on. I never watch warmup. I’ve done that before. I go ‘oh my god we look really good.’ And then you come out flat. And another time you come out, ‘oh, it’s gonna be a long night,’ and you’re good. I don’t know. It’s just better not to watch.

On the Reign’s ability to generate a lot of chances on Enroth:
I think we finished up with 38 shots and I liked our effort. I thought guys played hard. You get down by three it’s pretty tough to come back. And again, the mentality is such, man, I’m proud of the guys for just focusing enough to deal with what was going on here. Until you were actually were experiencing it down in the locker room area, you can’t even describe it. [Reporter: What was it like?] Just a matter of getting guys ready to go unexpectedly. It’s something you deal with. I can’t say I’ve seen a whole lot of this over my long, lengthy career, but hey, it’s a learning experience for all of us. Learn how to deal with a little adversity. Makes you better, makes you stronger.

On whether it’s hard for the season to end this way imagining what could have been if Campbell was healthy:
I’m going to beat myself up probably on that one just as much the same I did last year when we played Lake Erie and we didn’t have a healthy Sutter, we didn’t have a healthy Brodz, we didn’t have LaDue. You can do that and it just sounds, and you’re still going to do it, but it just sounds like you’re making excuses. We’ve got to give a lot of credit to San Diego. I think they had the best record from Christmas on in the whole American Hockey League. I don’t want to say anything because I truly think San Diego is very deserving. Good team, they did a good job.