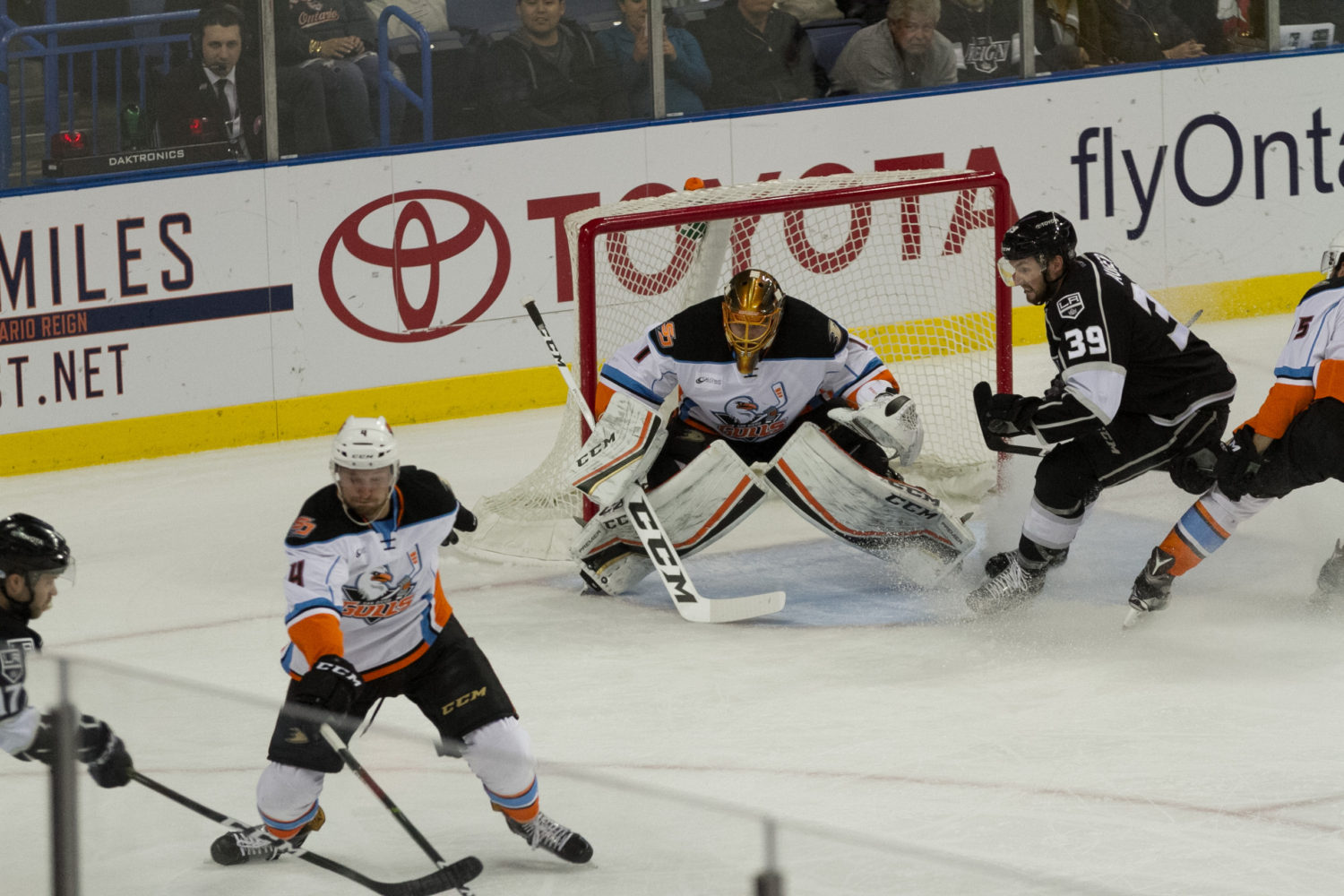 On breaking through to score three goals against Enroth:
Well, I mean, it was obviously needed. We needed it to prolong the series. He’s played well. Both goalies have played well. It’s been a good series, so here we go. We get ready for Game 5 tomorrow night.

On moving Justin Auger up to the first line and his performance:
You tell me what are the numbers of the lines. [Reporter: Well – ] No, no. You said the first line so what constitutes the first line. [Reporter: Just watching rushes.] So if they start in warm-up and they go first does that mean they’re the first line? [Reporter: Hensick’s been your first line center pretty much all year.] I don’t know, if I was Kempe I’d be pretty pissed off at that statement. If I was Amadio I’d be really pissed off at that statement, so I ain’t biting on that one. So do we want to rephrase that one, Lindsay? [Reporter: What’d you think of Auger’s performance?] I thought he was great. He was terrific, as was everybody. [Reporter: So is it 1A, 1B, 1C or 1D?] We just have 12 forwards, and they all played extremely well tonight. So very proud of the group. That was a very determined effort from everybody, so it was good. And you know what, I mean that’s more indicative of the way we play. We came into it saying I don’t think we’ve played our best hockey yet, so in order to beat a good team like San Diego you’ve got to play your best and your good players have to be good. Auger was real good.

On whether it’s advantageous to play Game 5 the night after the win:
I think so. This five games have been stretched out long enough so you know what, we’ve got to get at it and Stockton and San Jose are playing tomorrow. I don’t know if there’s any advantage to the back-to-back or the layoff. If they’ve got some inured guys, we’ve got some injured guys, maybe a couple of days helps but you know what, I’m kind of anxious now to – let’s get going.