A fine Tuesday morning to you, Insiders, and thank you for your patience as we resume regular blog duties following an extended holiday weekend. Some of the news from this post has already been shared in commenting or elsewhere over the World Wide Web, but as we transition back to the work week, it’s time to recap what has recently taken place. Several stories here will be expanded on later today.

KINGS SIGN IAFALLO: I’ll have a more informative post coming up later, but the Kings, as first noted by the Buffalo News, added to their prospect pool over the weekend in signing Buffalo-area prospect and NCAA free agent Alex Iafallo, who recently finished his senior season at Minnesota-Duluth with 21 goals and 51 points in 41 games played. His 20th of the season came with 26 seconds remaining in the national semifinal game at the NCAA’s Frozen Four:

Here’s a stick tap to Buffalo native and former Raider Ken Baker, who shot LAKI a heads up on Iafallo, another product from Greater Buffalo. The 6-foot, 185-pound Iafallo strung together seasons of 22, 25 and 23 points before breaking out as a senior this season. Again, more a informative look at Iafallo’s game will come.

WAGNER, PATS ADVANCE: The Regina Pats did it the hard way but ultimately advanced to the WHL’s Eastern Conference Final after erasing a three games to one series deficit and defeating the Swift Current Broncos 5-1 in Game 7 Monday night. Austin Wagner had two more goals – including a shorthanded empty-netter to seal the series – to give him 10 in the postseason, which ranks second across the league. Wagner, who is known for his blazing speed but will look to develop and use all of his abilities in concert with each other at a high pace, had three separate two-goal games in the second round series. Regina will face the winner of tonight’s Lethbridge-Medicine Hat Game 7 with the opportunity to advance to the Western Hockey League championship series on the line.

WATS-ON A ROLL: The Mississauga Steelheads, coached by James Richmond, who has worked in LA Kings development, made quick work of the Oshawa Generals in the second round of the OHL Playoffs and have advanced to face Peterborough, who finished 10 points clear of Mississauga in the race for the top seed in the Eastern Conference. With 16 points (10-6=16) over an eight-game point streak, 20-year-old Kings prospect Spencer Watson has caught fire, while 18-year-old defenseman Jacob Moverare has three assists and a plus-nine rating over his first 11 playoff games.

THE OTHER ONTARIO: Meanwhile, some 2,200 miles west, the Ontario Reign concluded their 2016-17 season with a record of 36-21-10-1, and with 83 points have drawn a first round match-up with the rival San Diego Gulls, who finished with a 43-20-3-2 record and 91 points. Final team statistics are here; your scoring leader is T.J. Hensick, who totaled 16 goals and 52 points in 67 games, while defenseman Matt Roy (amongst the newcomers) recorded one assist and a plus-one rating in eight games, forward Matt Luff earned one assist and a plus-one rating in two games, and defenseman Chaz Reddekopp did not record a point and drew a minus-two rating in three games. The series takes a 1-1-1-1-1 best-of-five format, with games in Ontario on Saturday, April 22 and Monday, May 1 (if necessary), and in San Diego on Friday, April 21, Friday, April 28 and Tuesday, May 2 (if necessary). With the Ducks holding one of those “commanding” three games-to-none series leads, the Reign could benefit from not facing a squad that would receive reinforcements such as Shea Theodore and Brandon Montour, both of whom are up with the parent club. Ondrej Kase went down and up this past week, so he’s worth keeping an eye on. Via Gulls PR, Nick Ritchie and Chris Wagner are also eligible to play in the series; they’re unlikely to do so, barring a major Ducks-Flames turnaround. Ontario Reign Insider Lindsay Czarnecki will be on the scene with reports throughout the entire series. 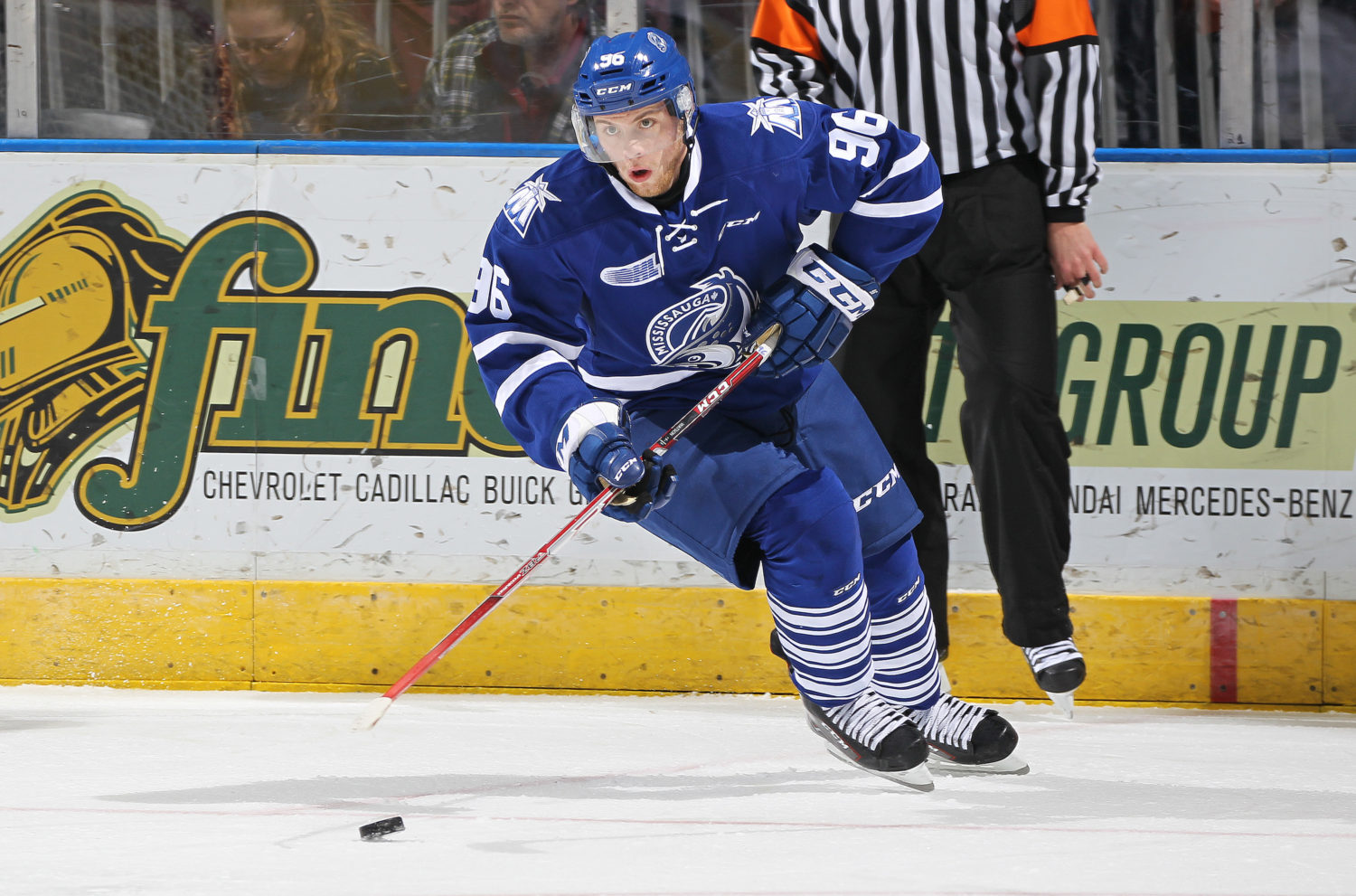