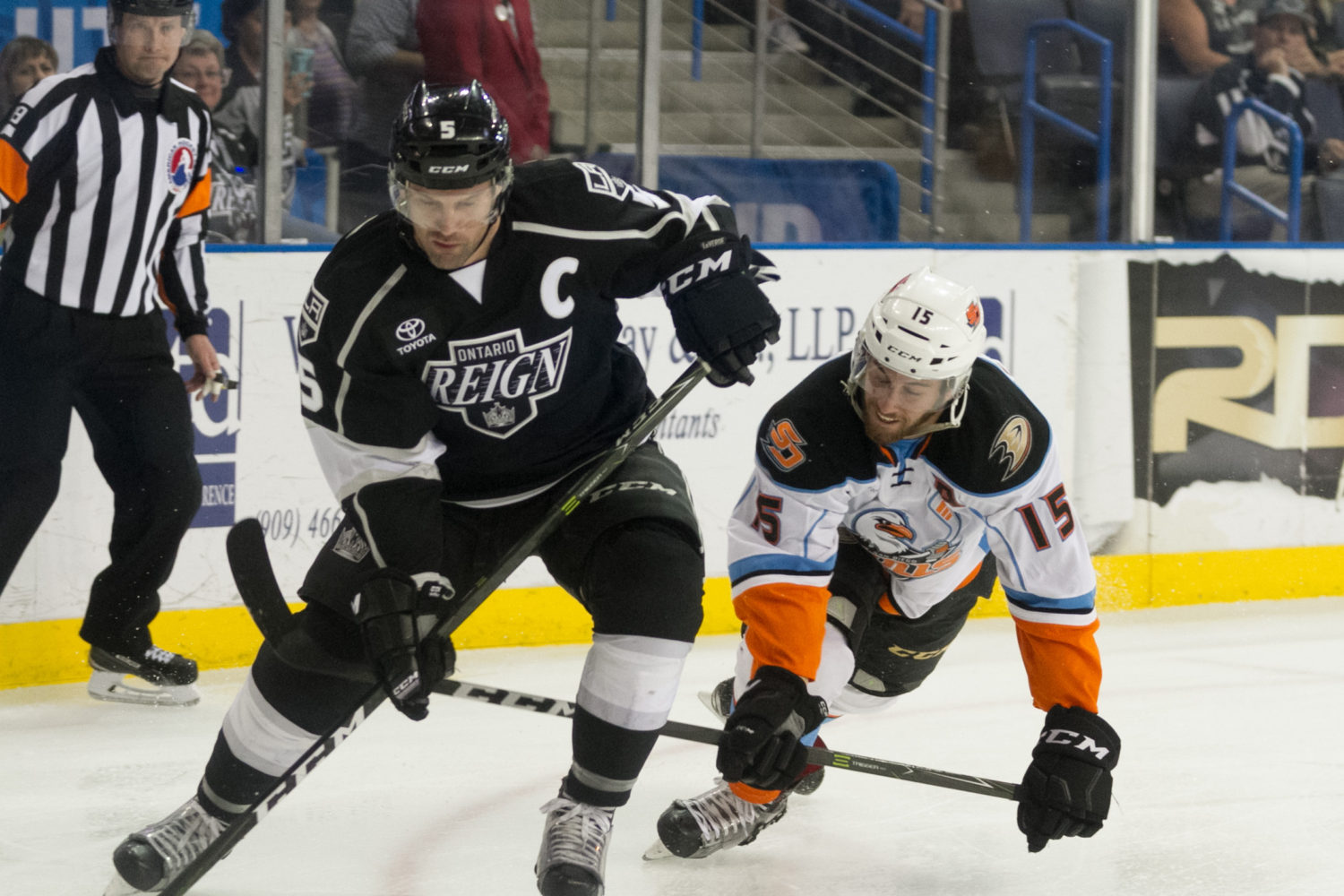 On whether this was a “playoff-type performance” by the Reign:
Well, you know what, we played them last weekend and the game in there was a little tense and very physical and then it came back here and it wasn’t much of anything. So I don’t know, tonight it was ramped up a little bit from there side. I think they wanted to come in and make a statement in our rink and I thought our guys responded well and stood their ground. It was a good game.

On Zatkoff’s performance:
We got a valuable point. So I mean, that’s good. And anytime you’re down by two, to battle back and get a point, I’m a happy guy.

On what he liked about Purcell and Amadio’s three-point nights:
The three points each. Should’ve had four. Then we would’ve won. You know? They seem to be working well together. Amadio’s been pretty good of late, and that’s what we’re expecting out of him coming into the playoffs. You want guys who step up and elevate their play this time of year and Mads has done a good job. Maybe it’s the fact that he’s got Teddy, a pretty good playmaker, pretty savvy with the puck, so between the two of them, they’re quite capable of making plays.

On whether Matt Roy broke his nose:
I don’t know. I just saw him in the hallway and he looks pretty good. Be on the cover of GQ in no time.

On the difficulty of working Kempe and Brodzinski back into the lineup:
Well it’s a challenge for those guys to come back because, you know, Kempe played 20-plus games, maybe 26 games. That’s a quarter of the season up top, right? And then all of a sudden you’re back here and it’s a little bit more scrambly, it’s not quite the same talent level, the speed’s different. So there’s an adjustment period but I’ve been very, very happy and impressed with – you know, we had the three of them in the game in Stockton. Kempe, Brodzinski, and LaDue. I thought they were the three best players on the ice. Tonight we had Brodzinski and Kempe and again, I thought Kempe was outstanding. And you know what, he showed some grit. They were trying to challenge him physically, trying to get him off his game, and he just gave it right back. So maybe they’ve matured a little bit playing [inaudible]. It’s a tough thing but I’ve been real excited by the way they’ve come back and responded to play with their teammates here.

On making sure players are settled down so they don’t do “something stupid” before the playoffs:
Hey man, it’s hockey. I don’t want to ever take the passion out of the game for anybody. That’s what it’s all about. That’s the beauty of our sport. Somebody gets punched in the nose, you put a couple of cotton balls in there and you come back. Matty Roy didn’t miss a shift. He earned high marks in my book right there. That’s what it’s all about. We’re hockey players.