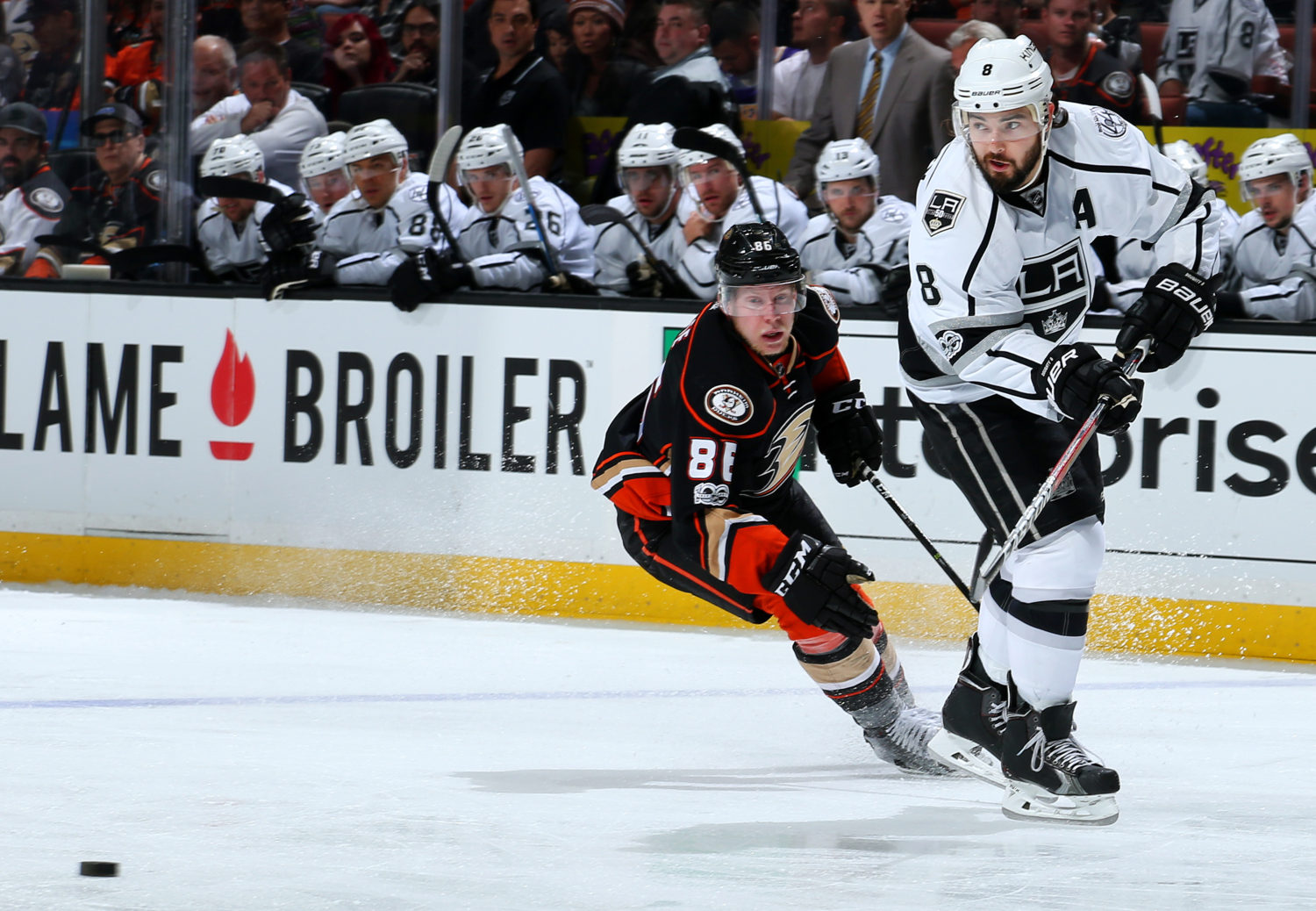 “Eaves continued his goal scoring tear with his fourth in five games and ninth in 11. His 11 tallies in 20 games with the Ducks has given them a major boost but the winger would leave the ice with an upper-body in the second period after what Carlyle said was a cross check in front of the Kings’ net.”

Miller: Ho-hum, the Ducks win the division … and nothing else yet

“Not to sound unnecessarily harsh or anything, but the Ducks succeeding in the regular season is sort of like a peck on the cheek.

It’s nice and all, but it doesn’t really mean much. And rarely does it lead to something more meaningful.

Indeed, the Ducks finished with a points-accumulating flourish over the final five weeks of the regular season. That, however, isn’t the finish anyone cares about once the next puck drops.”

“Since returning to the lineup, Shaw scored in three straight games – including a game-winning goal on April 2 in Calgary. Wagner brought goals in consecutive games into Sunday’s regular-season finale against the Kings. And Thompson got his first point of the season Tuesday against the Flames.”

“To close the broadcast, the FSW camera showed a view of the TV booth from the opposite side of the arena that gave viewers a chance to see Miller take off his head set, give the thumbs up to fans applauding him below, and get a hug from longtime stage manager Donna Moskal, who wiped away her own tears.”

“Oh, wait, that’s right: [Expletive] the Anaheim Ducks, whose Pacific Division title means that the Edmonton Oilers finished second. And that means that a potential Battle of Alberta between the Oilers and Flames in the first round was scuttled, as well as a Battle of California between the Ducks and the San Jose Sharks.”

“Fowler’s injury and previous injuries to defensemen Sami Vatanen and Hampus Lindholm placed more importance on Theodore taking more responsibility. He produced the overtime goal, his first in the NHL.”

“It wouldn’t be any fun to walk into the playoffs on a loss, and to the Kings no less. A face-off to the right of Bernier sent the puck down the rink and had Rakell on a race. He would beat his man, chipping the puck to Shea Theodore who went bar down, sending LA to the golf course officially.”