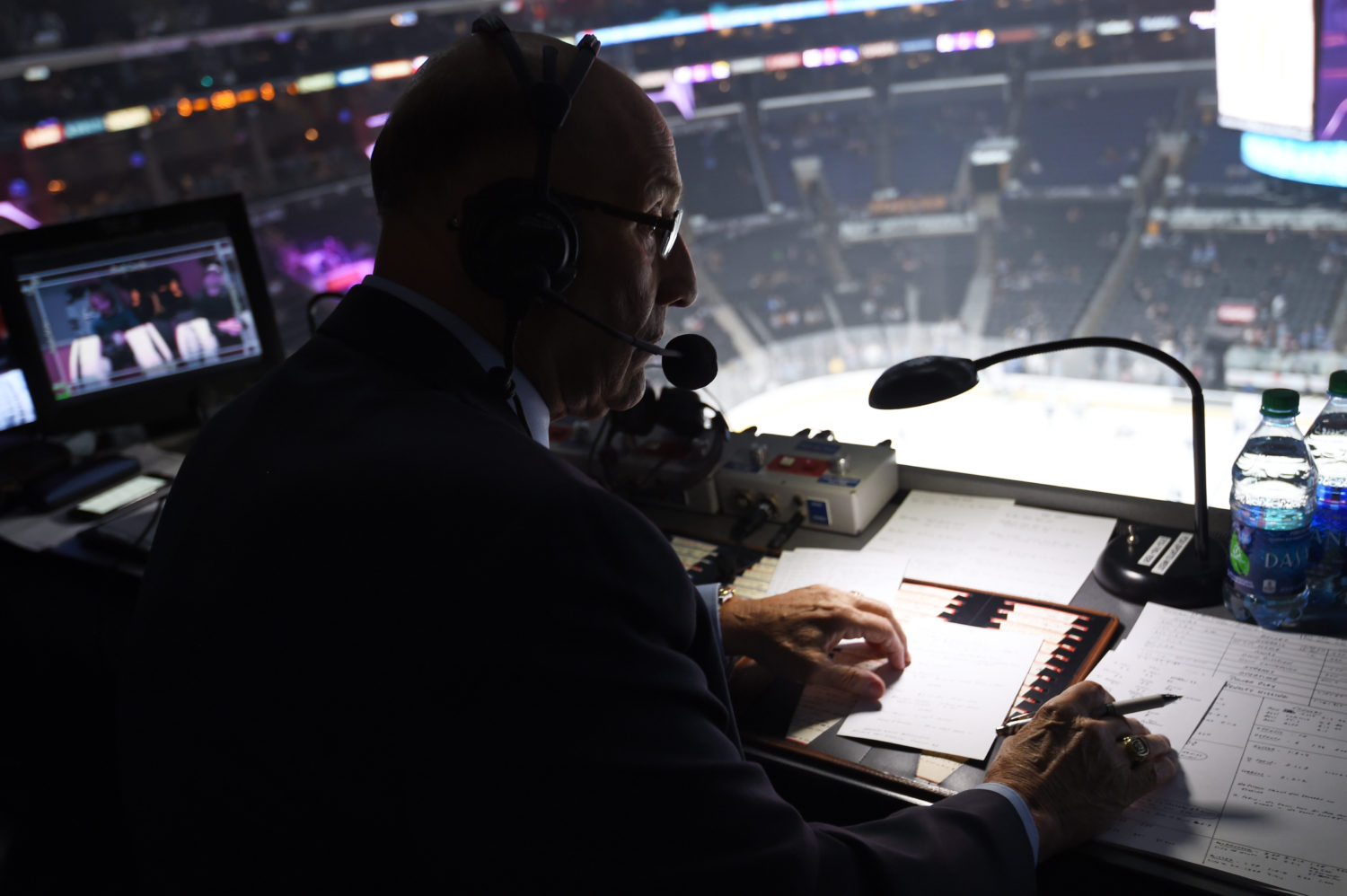 The unique event will recognize Miller’s 44-year career as the “Voice of the Kings” as he calls two more Kings games on FOX Sports West – Saturday at home against the Chicago Blackhawks (3 p.m.) and Sunday at Anaheim against the Ducks (5:30 p.m.).

“As far as any of us can remember, Bob Miller has been the Voice of the LA Kings and we are looking forward to honoring Bob and his many, many great contributions to our club and to our sport,” said Kings President, Business Operations Luc Robitaille. “This is a chance for our tremendous fans and the Kings organization itself to give back to Bob and his family. Watching a Kings game will never be the same after these two games but we are thrilled that Bob gets to go out on top.”

-The entire day will be dedicated to Bob Miller.

-A pregame Fan Fest takes place outside STAPLES Center from 1-3 p.m. and fans there can sign a special 20-foot Signature Wall and leave personal messages.

-From now until April 8, fans are encouraged to submit their favorite photos and/or messages via social media using hashtag #ThankYouBob, some of which will be featured in-arena throughout the game.

-Two special Bob Miller logos have been unveiled and the “Thank You Bob” logo will be etched into the ice behind both goal nets.

-During warm-ups, all Kings players will wear jerseys with “Bob/44” on the back. The jerseys will be auctioned off during the game by the Kings Care Foundation.

-Bob will address the crowd at center ice upon the conclusion of the “Jerseys Off the Back” event.

If you don’t already do so, follow @LAKings for testimonials and thank you notes from a variety of players, coaches, broadcasters and personalities as they commend the legendary Los Angeles broadcaster on his Hall of Fame career.

Doc Emrick, from @NBCSports, reminds us all that Bob Miller was the first announcer of the Mighty Ducks. #ThankYouBob pic.twitter.com/nGRKCRnqIn