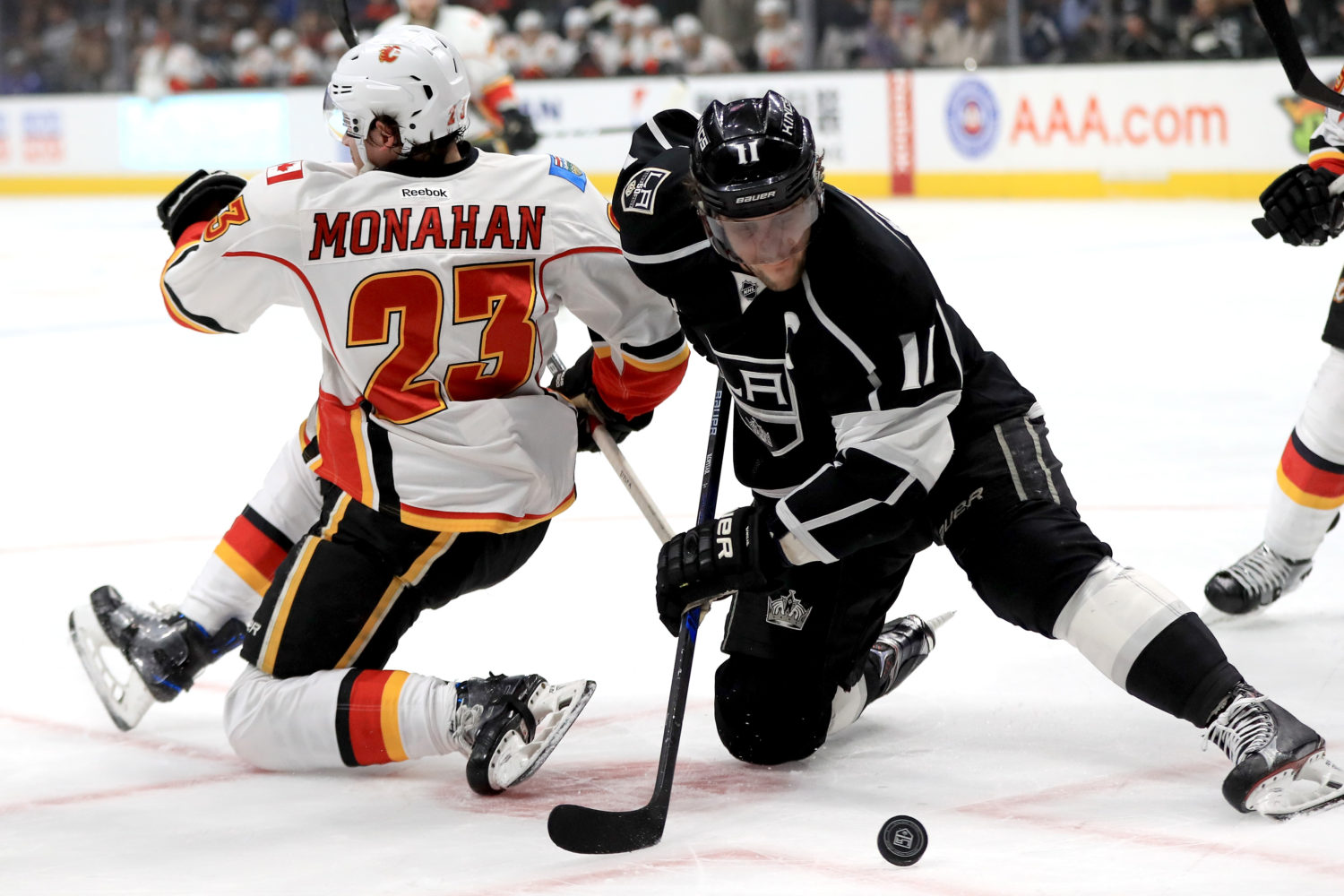 On what allowed Calgary to surge ahead in the second period:
I think our young guys had good energy and pretty good execution in the first period. I thought some of our older players really struggled with that, and that’s a little bit of probably end of the season for them. Just before Wideman came out of the penalty box with his blazing speed and scored on that breakaway, they had another breakaway, too. I thought after that we there wasn’t much there.

On whether he has sensed a “loss of sharpness or focus” since the team was eliminated:
Well, we just finished beating Edmonton, so that seems sort of not the proper question to ask.

On a “newer situation” for a team that hasn’t been eliminated from playoff contention as early:
It’s new for this group, Jon. When this team didn’t make the playoffs after winning a championship, they quite honest, for the lack of a better word, busted their ass to try and make the playoffs. They just didn’t have enough left. You could see it, and that was after three really hard years. This is totally different. You’ve got a lot of players, even though they might’ve been here a year or two, they haven’t been prominent parts. They have not gotten the experience in winning. They do not have the experience of playoffs. It’s a big, big difference. I’ve said it, and it’ll hold true. It held true last summer. We don’t match up in our division very well, and we certainly did not tonight, and it’s clear.

On the attitude heading into this weekend’s games, and whether the team will get up for them:
Well, I think that’s still two days away. We do a pretty good job of that normally.

On Bob Miller Appreciation Day:
Is that Saturday? Because I heard they were going to do it in Anaheim. So I was going, ‘What the hell did you do it in Anaheim for when he’s a King?’ I mean, I grew up listening to Foster Hewitt, and he was Toronto Maple Leafs. He didn’t go to Montreal, I bet, to have his night off or night out or whatever you call it. [Reporter: It’s going to be Saturday here, his appreciation.] I think he deserves it. He’s earned that.