The National Hockey League announced yesterday “in an effort to create clarity among conflicting reports and erroneous speculation” that it intendeds “to proceed with finalizing our 2017-18 Regular Season schedule without any break to accommodate the Olympic Winter Games.” In other words, the possibility that NHL players would, for the sixth consecutive Winter Games, participate in the Men’s Hockey tournament took a major (and likely conclusive) blow.

The disagreement largely stemmed from the International Olympic Committee’s refusal to assume players’ travel and insurance costs, as it had previously done, while the NHL did not want to lend its players out of goodwill for a tournament that causes the league to shut down for three weeks in the middle of the season without proving a clear financial benefit for its owners.

And that leaves players and fans very unhappy with the decision. 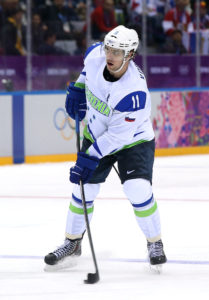 “I’m obviously disappointed, because fortunately for me, we were part of the last Olympics, and the experience I’ve had, I think it kind of contradicts our growing-the-game theme,” Anze Kopitar said. “So it’s definitely very disappointing of not having best-on-best at the Olympics because that is the biggest sporting event in the world and again, being able to grow the game. We should be there and grow it that way.”

Such a desire to grow the game is taking roots in China, where the NHL announced plans to hold a pair of Los Angeles-Vancouver preseason games this September. The IOC has previously said that participation of NHL players in the 2022 Beijing Games is contingent on participation in the Pyeongchang games, but the NHL, which is on the precipice of making a strong push in China, appears to be calling the IOC’s bluff.

One of the primary jobs of commissioner Gary Bettman is to represent the 31 owners, and he has always done a good job of doing so. But this decision does little to bridge the divide between the league and the players’ association, which said on Tuesday that “players are extraordinarily disappointed and adamantly disagree with the NHL’s shortsighted decision” as part of a longer statement.

Drew Doughty, who took a diplomatic approach in stating “I’d obviously love to play for country and represent my country and try to win another gold medal, but at the same time I see why the owners would do it, too,” was not shut off from the widespread discontent that emanated from dressing rooms across the league earlier today.

“Obviously [players are] disappointed,” he said. “Some countries obviously haven’t had the luxury that the Canadian team has had in the past few Olympics, so they want to win one, too. Why wouldn’t you want to win one? It’s something that not too many people in the world can say they’ve won, so it’s really special to the players, and yeah it’s unfortunate, for sure.”

Doughty is 27 years old and already has a pair of Olympic gold medals to his name. And much of the story his international performance has helped write has been that Canada, the world’s top producer of hockey talent, has been able to back up its reputation by winning three of the last four men’s tournaments.

“As Canadians, all of our fans and our country expects that from us and for a while there we weren’t winning, so we finally had a couple teams that won and now that’s all anyone talks about back home, is the Canadian teams winning, and I know with the top players for Canada not playing in the Olympics that’s going to definitely bring down views,” he said. “All of Canada basically shuts down if Team Canada is playing in the gold medal game. The entire country shuts down and everyone gets together and watches the games. Like, when I was in school we would get let out of school to watch the games, so it’s pretty insane and obviously we’d like to defend it again and try to go three in a row, but that’s not going to just happen.”

“It’s special to all the countries. I know that Russian players take a lot of pride in it, Swedish, US, all of them. Every player wants to play for their country and try to win a gold medal and it looks like we’re not going to get the opportunity to do that.”

That last part is especially important as an emotional and valid plea. The Olympics have given the sport so many of its most memorable moments since NHL players have participated. There was Sidney Crosby’s golden goal in Vancouver, T.J. Oshie’s shootout success against Russia, and an international minnow like Slovenia going on a run three years ago and upsetting Austria to finish in seventh place as part of a Cinderella performance. 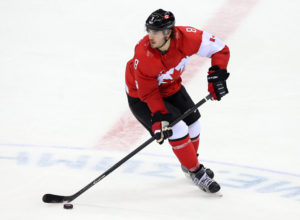 This relates back to the front and center if abstract need to “grow the game.” While the NHL’s participation in prior Olympics has not yet produced a clear financial benefit to league owners, the Winter Games represent the rare time that more casual sports fans who otherwise wouldn’t watch hockey are privy to the speed, emotion and power inherent in the sport, all of which are traits magnified by Olympic competition.

“I think Slovenia would be a good example of being able to grow the game, because I don’t think anybody knew anything about Slovenian hockey before we made it to the quarterfinals in Sochi, and I think I saw somewhere we were the fairytale of the games and that’s the type of stuff you want to create and you can only do it at the Olympics,” Kopitar said. “Like I said, it’s disappointing.”

For American fans, yesterday’s announcement deprives a country that has made inroads into less traditional markets over the last two decades the opportunity to further promote the sport with a renaissance of young stars that would have provided USA Hockey with a particularly compelling team. As such, there won’t be a best-on-best tournament that could allow fans the opportunity to see Patrick Kane, Jack Eichel, Auston Matthews and Johnny Gaudreau match up against, say, Connor McDavid, Sidney Crosby, Jamie Benn and Doughty.

“It’s disappointing for all the young guys in the league,” McDavid said. “Eichel, Matthews, Ekblad … all these young guys who are trying to make their mark on hockey, they may not be able to get their chance to on the international stage. It’s a little bit upsetting.”

Those players were available to play at the World Cup of Hockey, the international event hosted by the NHL that owners and players were able to monetarily benefit from. But there’s still a massive divide between the two tournaments, and Kopitar’s journey is a pronounced example. He enjoyed his role at the World Cup, it’s hard to compare the feeling of wearing his country’s name on his jersey with playing for an amalgamation Team Europe squad.

If there’s any hope, it’s that perhaps there is still some wiggle room to work out a last-gasp agreement. As the New York Times noted, an agreement on participation for the Sochi games was reached in mid-July, 2013, and the wording at the end of the NHL’s statement yesterday noted the league’s “intention” to finalize the 2017-18 schedule, saying, “We now consider the matter officially closed.” 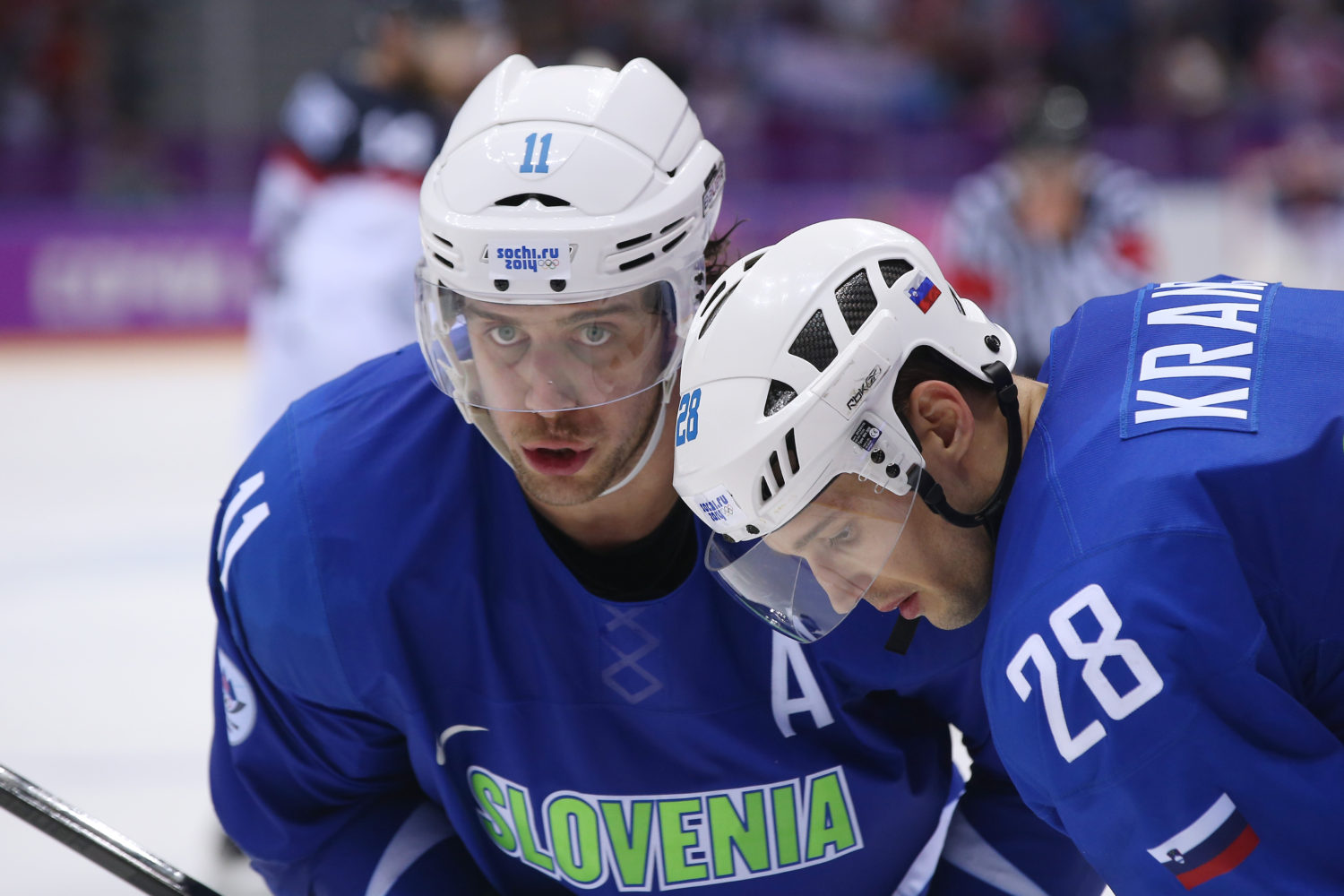 Anze Kopitar, on qualifying with Slovenia, but not being able to play at the Olympics:
For me, I’m not going to say it was pointless to go and play in the qualifiers because obviously I like to play for a national team and being able to be there when we did qualify was obviously something special for me, too. I guess it sucks now because we can’t go, so that’s obviously the downside but yeah, we’re in it and the guys will go and I’m sure have fun and enjoy themselves.

Drew Doughty, on the NHL’s decision to not send NHL players to the Olympics in 2018:
I didn’t really know what direction it was going in, so I was a little bit surprised, but for me, I’d obviously love to play for country and represent my country and try to win another gold medal, but at the same time I see why the owners would do it, too. They want to protect the players and I guess, in a way, rightfully so. It’s out of my control, out of the players’ control right now.

Doughty, on what an Olympics with young American and Canadian stars would have meant:
If you think about it, a lot of those young guys haven’t had an opportunity to play on those teams and obviously those players you mentioned there deserve to play in the Olympics. That’s how good of players they are. So for them, I’m sure they’re extremely disappointed. I’m a little bit disappointed, but at the same time I’ve played in a few and traveling during the season is really tough, there’s no doubt about it. Anyone that says it’s easy is lying to you because it’s tough. So yeah, it’s unfortunate for those young guys especially because they deserve to play in the Olympics and deserve a shot at the gold medal, and it doesn’t look like they’re getting it.

Connor McDavid, on yesterday’s decision:
It’s disappointing, just the opportunity to chase down a spot on Team Canada and be able to represent my country. Obviously the Olympics is the greatest sporting event in the world and not to be able to do that is disappointing, but there are a lot of people higher up making those decisions.

McDavid, on the impact of the decision:
Of course, the Olympics was always something I looked forward to, and hockey is the biggest sport there, though I’m a little biased in that opinion. Look at those great moments, like Sid’s. Those are the goals you dream of scoring as a kid. To not to be able to have that opportunity is disappointing.

McDavid, on being 13 years old when Sidney Crosby scored in overtime in 2010:
I was at a teammate’s house. We had a big team party, with all the parents and everyone. I just remember all the excitement. It was a special moment that I’ll never forget.

McDavid, on whether he would travel to participate, anyway:
The announcement just came out yesterday. I haven’t had much time to think about it. At this point, I’m in no position to make a statement like that. 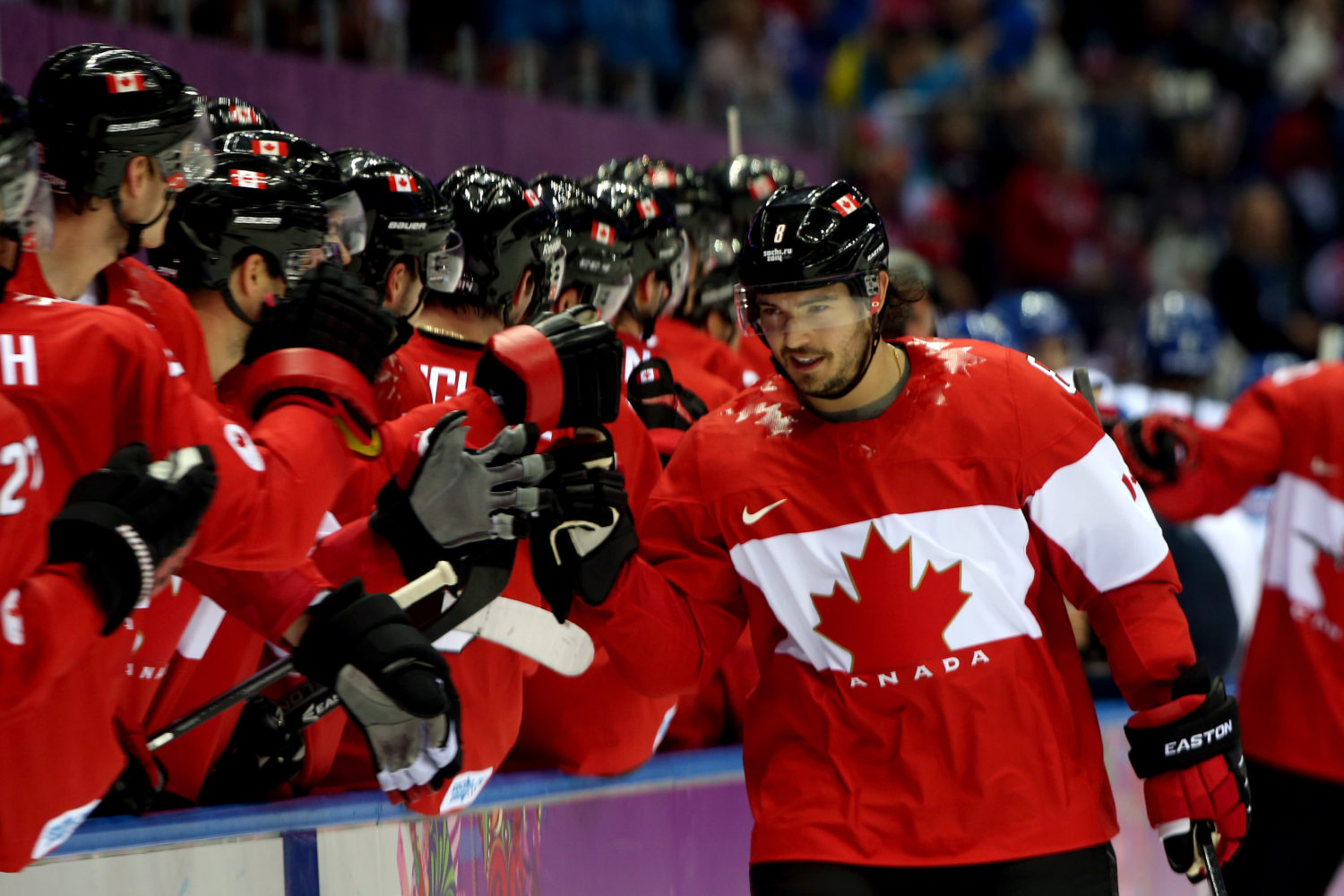