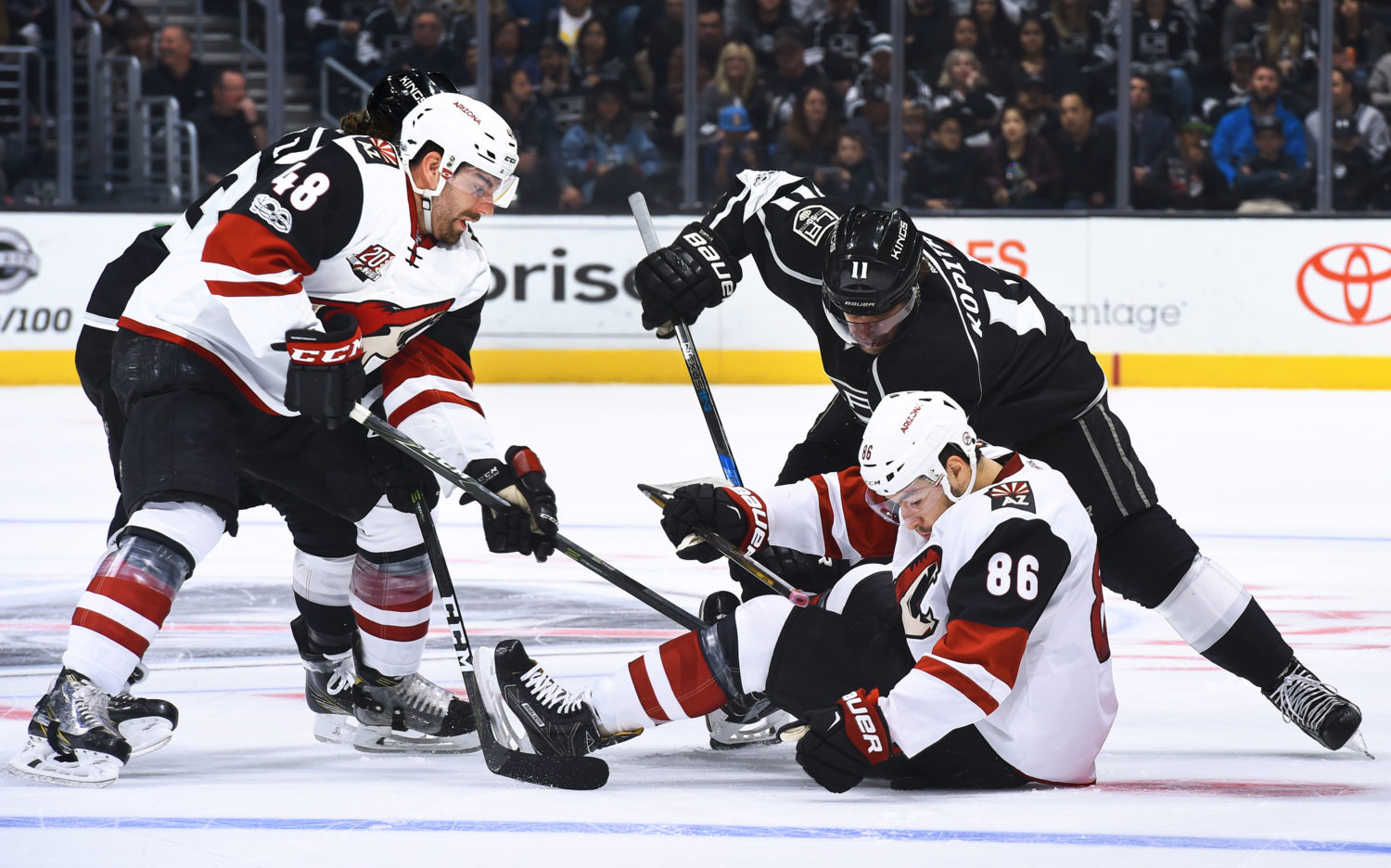 Anze Kopitar, on the immediate feeling of not qualifying for the playoffs:
Obviously a very empty feeling, a very sour taste. We knew what the situation was the last few games, and we threw out our all, and it just wasn’t good enough.

Kopitar, on what had been missing after the team had fought to remain in the race:
I can’t talk about that right now. It’s definitely too early. You can really go down the list. It certainly didn’t help Jonny going down the first game, and then we just had too many stretches of not playing remotely good enough, and obviously the losses kept piling on. I think coming back after the breaks we weren’t as sharp as we needed to be. A lot of guys, I think, with me being on top of that list, I don’t think the production was there the way we expect from ourselves and from each other, and you can go on and on right now. But like I said, it’s a very empty feeling.

Kopitar, on still looking to “end strong” in the final four games:
Yeah, of course. You obviously come to the rink and you’re ready to play and you try to win games.

Kopitar, on the number of games in which the team scored one or two goals:
Yeah, way too many, obviously. I mean you can’t expect to win too many games with scoring one goal, especially at home. It was definitely too many of them this season.

Jonathan Quick, on being eliminated from playoff contention with the loss:
You said it. Didn’t happen. We gave up too many, we didn’t score enough. That’s how you lose.

Quick, on any frustration of not qualifying for the playoffs after missing a bulk of the season:
No, I’ve been here for the past two months. I obviously wasn’t able to get it done on my end.

Quick, on the team being in a sturdy position when he returned from injury:
Yeah, exactly. [Reporter: I mean, Budaj kept the team in it. It just came down to goal scoring, it seemed.] Other teams are finding ways to win 2-1, 1-0, things like that. From my end, the defensive end, you’re wondering why we can’t win 1-0, 2-1. I don’t think it’s all on the goal scoring. This time of year, you’ve got to know how to keep the puck out of your net just as much as you need to know how to put it in. It’s on everybody.

Quick, on how the team approaches the final games of the season:
Just try to win a hockey game.

Quick, on younger players battling for roles, and how the team could differ next year:
I don’t know.