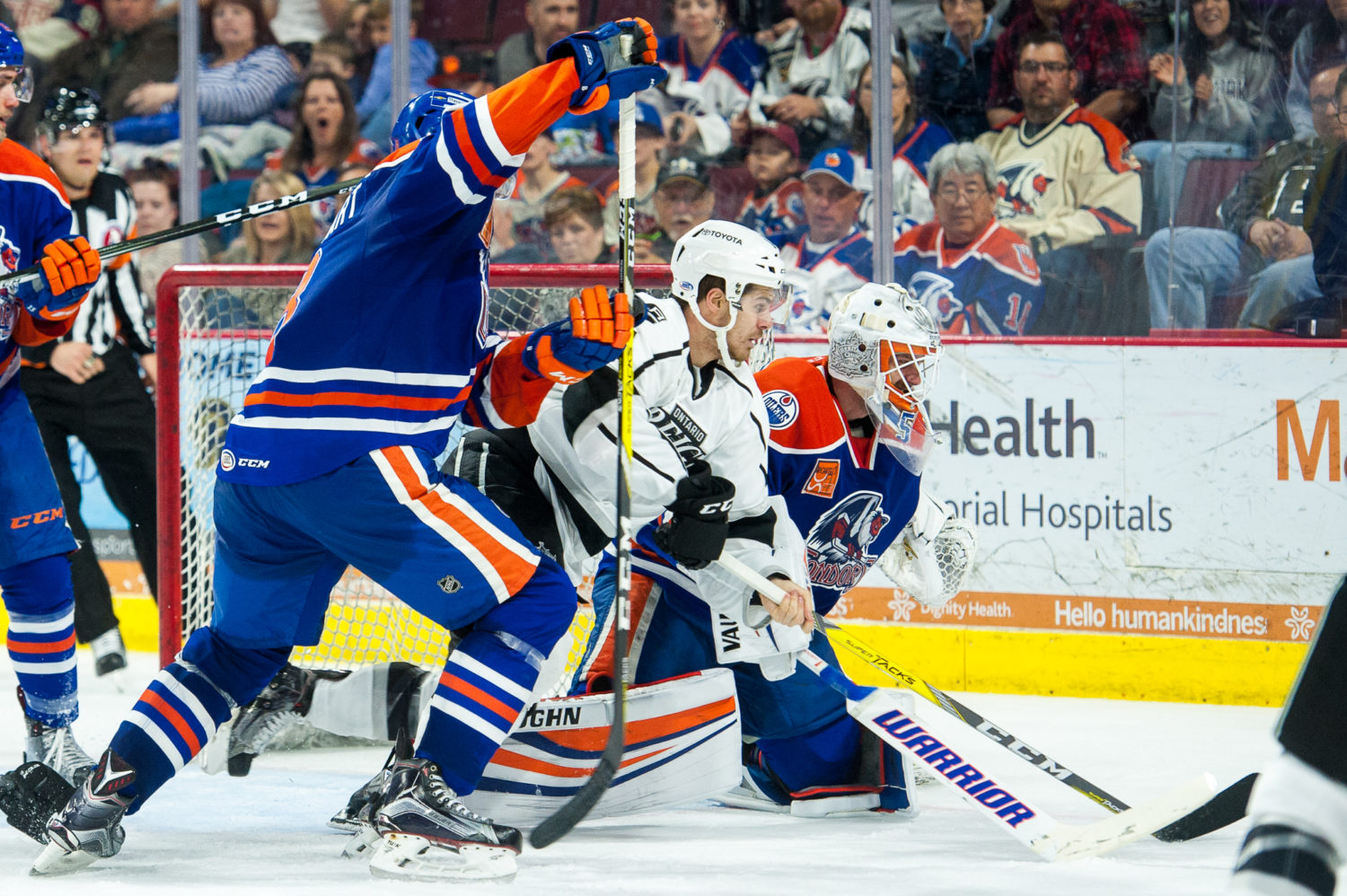 Reign head coach Mike Stothers, on what woke the Reign up late in the game:
I’m not sure we ever did wake up to be honest with ya. Hey, don’t get me wrong. I’m thrilled that we won the game and it was a good win, but I don’t think it was a good game from either side, really. There’s some sloppiness on both sides. We had to handle a five-minute major to Mike Mersch. He gets kicked out. Luckily they took another penalty after the took the instigation so we didn’t have to kill the whole five. There’s some factors that go into it J, but the bottom line was Soupy was good in net when he needed to be and we got some timely goals. So, I guess that’s what it boils down to.

Stothers, on what he thought of Mersch’s fight:
Nor do I want him to do it, but he didn’t have much choice. He hits Oesterle. Their guys come in, which is what happens in those situations. He pretty much had no choice so he defended himself well. But that’s not something we want or are encouraging out of Merschy. We need Big Mike on the ice especially, tonight we decided to go with one extra defensemen and now we were already down a forward. Man, there’s a lot of variables [inaudible].

Stothers, on scratching Patrick Bjorkstand to run with seven defensemen:
Well, we just had a gut feeling with a couple of the D that were dressed, they might not be able to make it through the game. We kind of figured, well, we’ll give ourselves the luxury of having one extra D but then you run that risk up front. It was a calculated move. I don’t know if it worked out the way we planned. The defenseman we were concerned about was able to … make it through the whole game. We’ll reassess the situation tonight and going into tomorrow morning and we’ll get ready for tomorrow.

Stothers, on first impressions of Philippe Maillet:
Actually, I thought he was real good. I thought he had a real good game. Made some things happen with the puck. Certainly wasn’t just throwing it away. Held onto it, made some plays. After Merschy went out, I just told him on the bench, I said, ‘kid, you just won the Power Ball. You’re going out with Henner and Purcell. Don’t F it up.’ Just settled him right down. Took the nerves right out of him. Ending up getting a real big goal for us.

Philippe Maillet, on his first game:
Obviously a week of practice was well needed and a couple adjustments but obviously the pace of the game is fast and the guys, every battle is so important. Just trying to adjust. The first period was kind of tough and then I got my momentum going. Just a great pass by Teddy for the goal.

Maillet, on whether he had any nerves going in:
Obviously the nerves were there for the first couple shifts. Unfortunate play for Merschy and I guess I had to fill in a spot. Hensick and Teddy are two great players so I just gotta puck my stick on the ice and bury it.

Maillet, on whether he was surprised by Teddy Purcell’s pass to set up his goal:
I was ready for it. You always gotta be ready when you’re in the slot and fortunately it went through.

Maillet, on whether he expects tomorrow to be a bit easier:
Now I know how it is. I know what’s going on during the game. Obviously a little confidence booster at the end with that goal but I’m just going to approach every game like I approached this one.