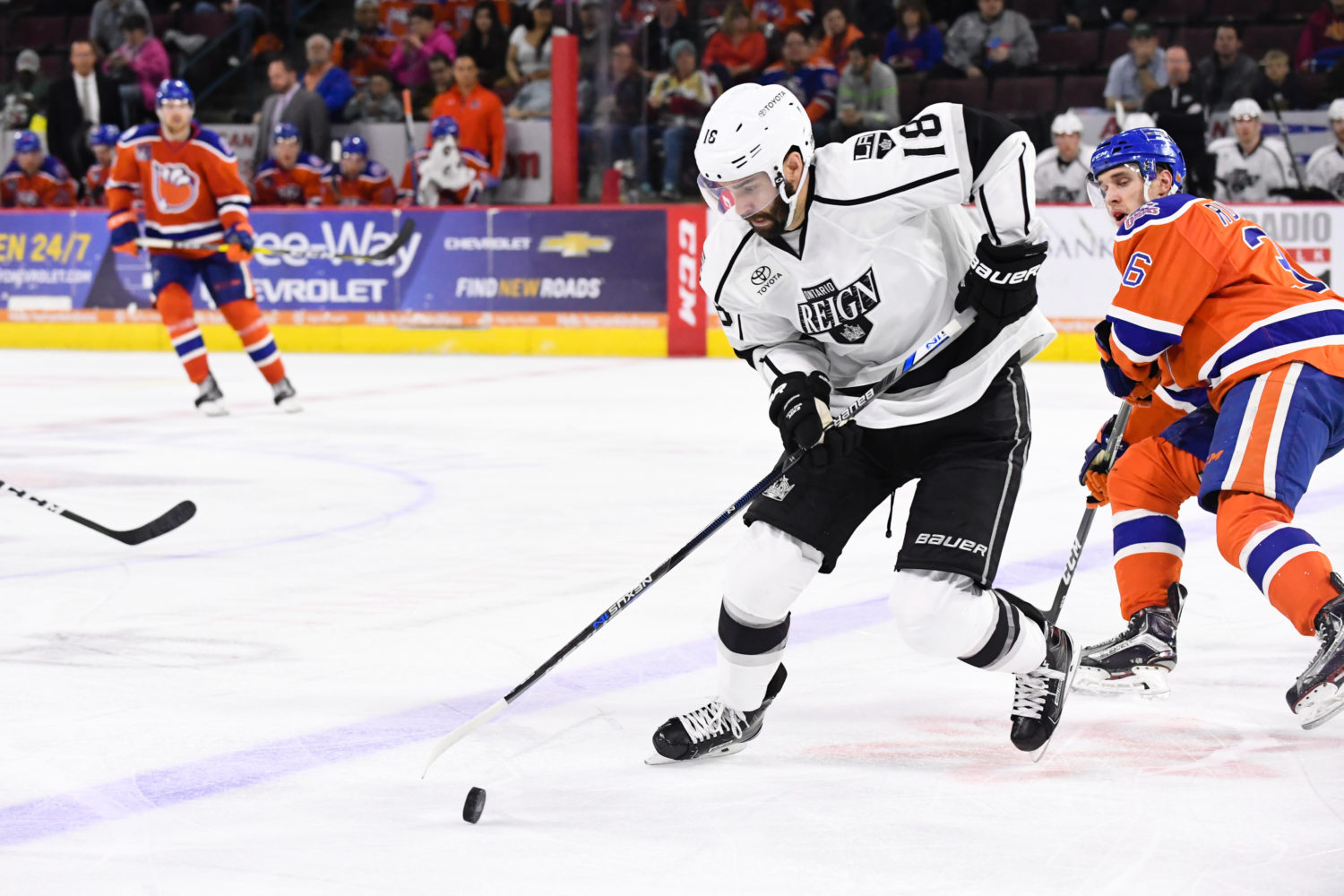 –The Reign’s magic number to reach the playoffs has shrunk to five with seven games remaining. They continue to sit at third in the Pacific behind San Jose and San Diego. The Reign’s number will shrink with their own wins and Stockton losses.

–Goalie Jack Campbell made 24 saves in his third straight start. His record improved to 29-13-6 and his 29 wins lead the AHL.

–With three straight wins, Ontario is now on its fourth winning streak of the season.

–Alex Lintuniemi opened the scoring with his 2nd goal of the season and now has a goal and two assists in the last three games.

–T.J. Hensick assisted on Lintuniemi’s goal and now has two goals and six assists in the last eight games.

–Brett Sutter was credited with his fifth game-winner of the season, which ties Jonny Brodzinski. The goal was his 16th of the season.

–This was the first two-goal game of the season between the teams as each of the eight previous were one-goal games.

–The teams finished deadlocked for 25 shots on goal each. Ontario was led by Maillet’s game-high five shots on goal.

–The Reign’s magic number to clinch a playoff berth is seven points. The number is reduced with points earned or teams outside the playoff picture failing to earn standings points.

–Reign center T.J. Hensick (15 goals, 34 assists) is one point away from notching 50 this season. He also has seven points (two goals, five assists) over his last seven games.

–Condors forward Joey LaLeggia has three goals and three assists in his last five games. LaLeggia scored the overtime game-winner the last time the two teams met, a 3-2 Reign loss in Bakersfield on March 10. That resulted in a frustrated Mike Stothers telling this to ORI after the game via text: “Took the first three penalties of the game and watched the smallest guy on their team score the game winning goal on his eighth shot of the game.”