Good afternoon to you from Vancouver, Insiders. It’s a beautiful day out here. Earlier, the Kings practiced at Rogers Arena and were color-coded up front as such:

-I was downstairs finishing up a story and did not catch the very beginning of practice but am told that Jarome Iginla took a very brief skate before leaving the ice. Iginla spoke with reporters after practice about last night’s game, so I’m not reading a ton into this. Generally if players are hurt or questionable, they either don’t speak with reporters or are not made available. One moment that I’ll remember from this season: Iginla and Dustin Brown left the bus and walked to the dressing room together upon arriving at Rogers Arena. There were smiles as they were deep in conversation the entire time and if they hadn’t been conference rivals for the better part of the last 13 years, one would’ve assumed they were long, longtime friends. Hockey, man.

-Iginla, on his fight with Deryk Engelland: “I think it was just more of the game and the way the intensity of the game was and started right from warm-up and they were going to play hard. We were going to play hard. And he plays physical and it just kind of came about and they’re going to play hard against our certain players, or everybody, but certain players that you want to make that they’re honest and vice versa, so it just kind of happened and they kind of go in bunches sometimes. You get into some and then you go a huge stretch without any fights or whatever and then sometimes they just come. So emotions were going pretty good in the first period for our whole group. I thought Nabber did a great job. Great fight but you know, just to send a message there as far as team honesty.”

–Here’s a candid testimonial from Jordan Nolan, who discusses choices he has made in his personal life and his 3 Nolans foundation with Sportsnet. Stick taps to Jordan for both his courage to speak up and his effort to improve the lives of others around him.

More from Iginla and Drew Doughty:

Jarome Iginla, on last night’s game:
It was an intense game. It was a physical, a little more playoff feel and the guys played hard. I thought it was neat to see all the guys – I thought we played a real solid game. Competed in all the areas, the battles. Some fights, but also physically it was there and personally it was nice to get a good bounce there on that goal when it went in, but no, it was cool. My mom was able to be there and things went well and great to get that win, and when I go back, it’s always a little bit, personally, each time is a little bit less – it’s not awkward, it’s just different to be on the other side and the bench and everything how it sets up from all the years playing on the other side. So each time you feel a little bit more normal and it was nice that yesterday when it was one where it was probably the most fun that I’ve had since being back and with getting the win, and like I said good bounces, and it was one I’ll remember.

Drew Doughty, on how the Kings have played against the Canucks this season:
I think we lost to them recently, right? At home? [Reporter: Yeah.] Yeah that was a big game for us and that was a game we kind of must-needed to win, too, and a game we should have won, maybe not the way it played, but we just really needed it and we should’ve won that game. That’s probably a big difference in where we are in the standings right now. Say we won that game, we might’ve gone on a little bit of a roll or something like that, so we owe these guys because they beat us in our arena.

Doughty, on approaching what he knew would be an emotional game last night:
Yeah I thought we did a great job. We all knew that the emotions would be running high before the game like you said and I thought it was great how everyone dealt with it. I thought both teams dealt with it great. I thought our players were awesome about it and it’s just part of hockey. It’s an emotional game and it’s a competitive game and that’s why things like that happen, because everyone wants to win and no one wants to lose. So it’s a big win for us to come out on top against a team we haven’t been great against this season was huge.

Doughty, on the team not throwing in the towel with a handful of games remaining:
We’re all fighters in here. We take a lot of pride when we put on the Los Angeles Kings jersey and we take a lot pride in playing well for each other. We’re all teammates, we’re brothers in here, and we’re never going to go on the ice and not play as hard as we possibly can no matter the circumstances. It’s an honor to play in this league and an honor to be here every single day and you’ve got to treat every single day like it’s your last.

Doughty, on the importance of setting a tone in the last six games:
Oh yeah, we’re going out fighting no matter what. We’re going to play as hard as possible. We’re trying to win games. There’s a few games that we did lose recently where I thought we actually played not bad and we probably could’ve had a better outcome but we didn’t. So yeah, we’re going to fight ’til the end. We’re never going to quit in here, ever.

Doughty, on being in an unusual situation at the end of the season:
Well we’re used to, I guess, being in this situation. The only thing that’s a little different about this one is we’ve really got to rely on some other teams to obviously lose some games along with winning all of ours, but in the past we were kind of in a position where if we won our games we were in, so it’s a little different, but we’re just trying to get in the playoffs. If we get in there we’re going to take this to the next level and be a better team. It’s going to be hard to get in, but we’ve got to win all of our games. 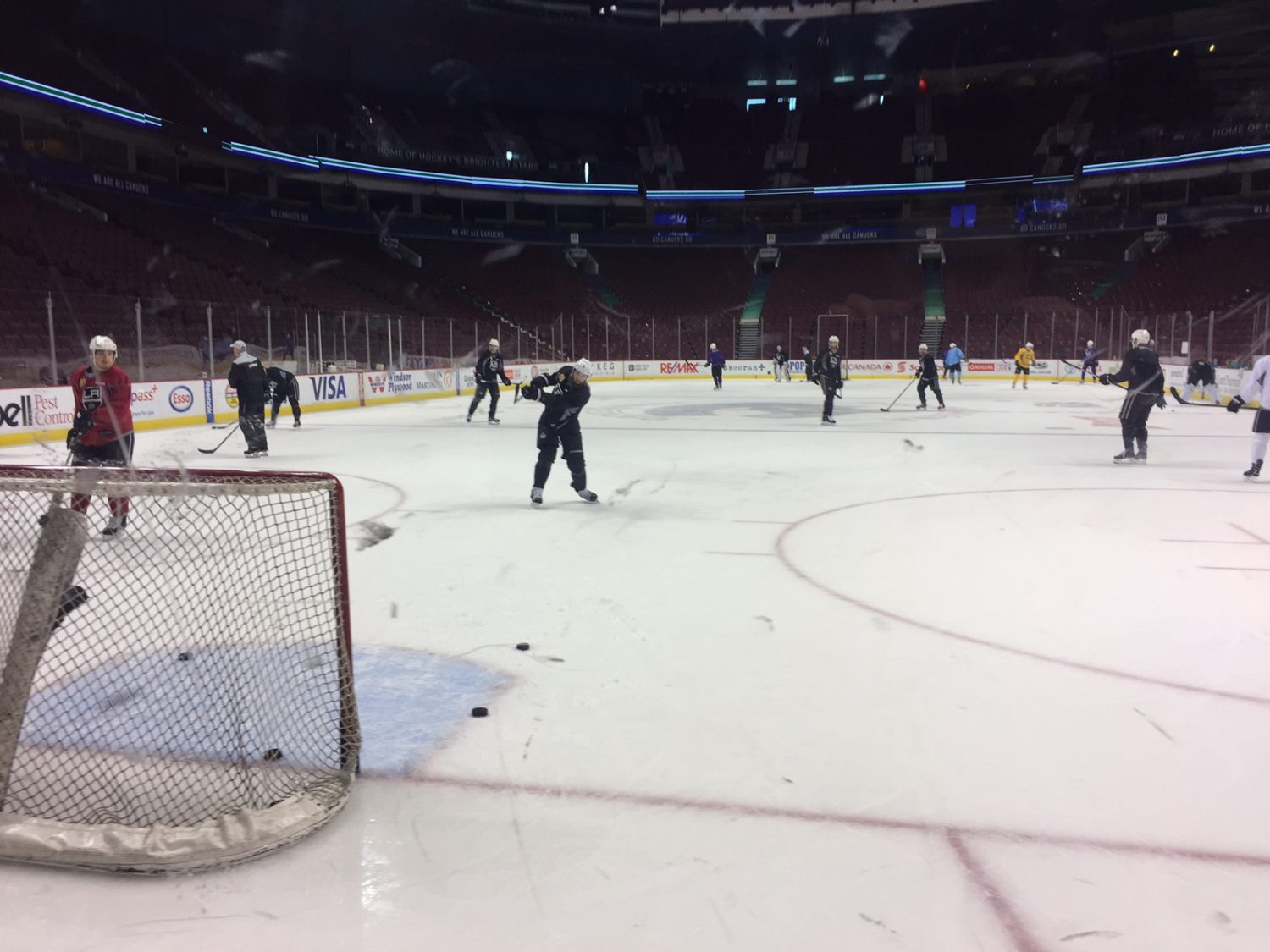