Those who had followed Matt Roy’s development at Michigan Tech were happy with how the right-shot defenseman selected in the seventh round in 2015 was progressing in his junior year. He was one of the players who the scouts and the development staff had been keen on last summer, and his performance in the 2016-17 season continued to whet the appetite of those who had worked with him only in development camp settings and were eager to get him under club direction.

For Mike Donnelly, one indicator of the type of player they had surfaced when San Jose Sharks Director of Player Development Larry Robinson had stopped him to offer a complement on the defenseman’s play in a game the two of them had observed.

“A nice complement when you’re watching your players play is when other teams come up to you and say, ‘that Matty Roy, he’s quite a player,’” Donnelly said.

The Kings announced on Monday that they had signed the 6-foot, 200-pound blue liner to a two-year entry level contract. The defenseman will report to AHL-Ontario, and indications are that Reign Head Coach Mike Stothers is eager to insert the 22-year-old into the lineup.

Donnelly, meanwhile, estimates that he had seen Roy in person a half-dozen times in 2016-17. It’s a hike to the Upper Peninsula to catch Michigan Tech games, but Donnelly did so to catch the Huskies play at Northern Michigan – enduring snow that wouldn’t stop falling and a delayed return flight – in Marquette, where Roy finished tied with a team-high four shots on goal in Tech’s 3-2 win on February 24.

The Huskies had come off a near two-week break prior to that game and were a bit sluggish, but Roy, who Donnelly said was ill and had been throwing up between periods, was a bright spot in the win.

Crediting Tony Gasparini and the team’s scouting staff for pinpointing a player in the seventh round who could ultimately help the team, Donnelly praised Roy for a number of attributes. He’s a player who is strong on his skates, who competes and plays an honest and hard game with a bit of an edge and will respond in kind if any liberties are taken.

“When you’re in a battle with him, you know it,” Donnelly said. “He brings it in the defensive half-court.”

The team has been happy with Roy’s progress at Michigan Tech, where he has developed into an all-situational player who logged heavy minutes and was armed with a heavy shot. Even with the high expectations the team had of Roy entering the season, he fulfilled them and finished his junior campaign with five goals, 26 points, 74 penalty minutes and a plus-six rating over 42 games for a Huskies team that finished with a 23-15-7 record, winning the WCHA Championship before falling to the top seeded Denver Pioneers in the first round of the NCAA Tournament. 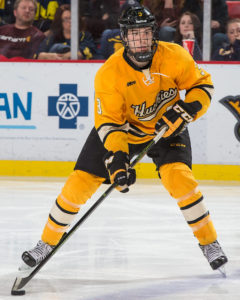 An All-WCHA First Team selection after the season and a pre-season media and coaches All-WCHA selection, Roy tied for 11th in the conference with eight power play points and finished his Michigan Tech career with 12 goals and 55 points over 115 NCAA games. One season after he was named a co-winner of the team’s Gitzen-Loutit Memorial Award as the most outstanding defensive player, Roy tallied 56 blocked shots in his junior season.

While a large part of a successful transition from the college to the professional ranks surrounds a player’s ability to comprehensively absorb the professional lifestyle, from training to nutrition, while incorporating an enhanced workout regimen, there are still several aspects of Roy’s game that the team has identified and will address as he works under Mike Stothers with Ontario. They’ll look to see how he closes defensively and uses his stick. He’ll look to continue to improve his ability to make solid reads and plays and adjust his game under pressure. That ability to adapt and adjust is what separates good professionals from good NHL players in the modern game.

But the team loves his fundamentals and the constitutional base from which they’ll augment the depths of his ability and temperament. Even though he’s a player fresh out of three seasons of NCAA hockey, the hard work, detail, dedication and compete inherent in his game gives the developmental staff a good canvas with which to work.

“Those types of players you love working with,” said Donnelly, who noted that he saw improvements in Roy’s game as each of his development camps progressed and that he has a somewhat similar package to fellow right-shot defenseman Paul LaDue, who has shown an ability to use his feet to evade trouble, something that Roy will continue to work on.

While Roy is more of a defensive defenseman, there are still aspects of an offensive skill set that should be able to play at the professional level. He’s got a good shot from the point and used a strong outlet pass – one he showed when springing teammate Shane Hanna for a breakaway goal that cemented the Huskies’ WCHA title in double overtime over visiting Bowling Green. 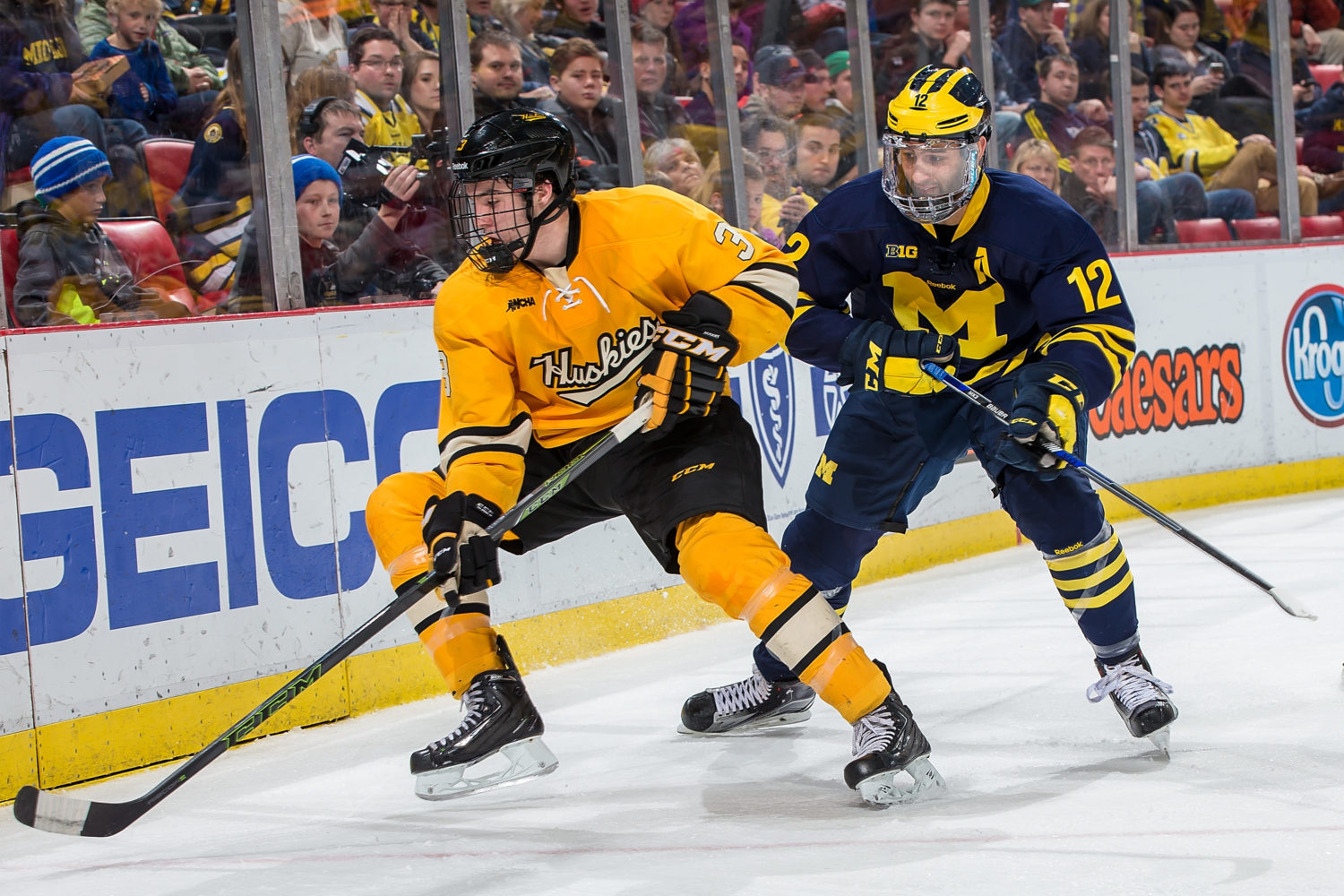